We’ve Got The Trailer For ‘Money Monster’ Starring George Clooney!!! 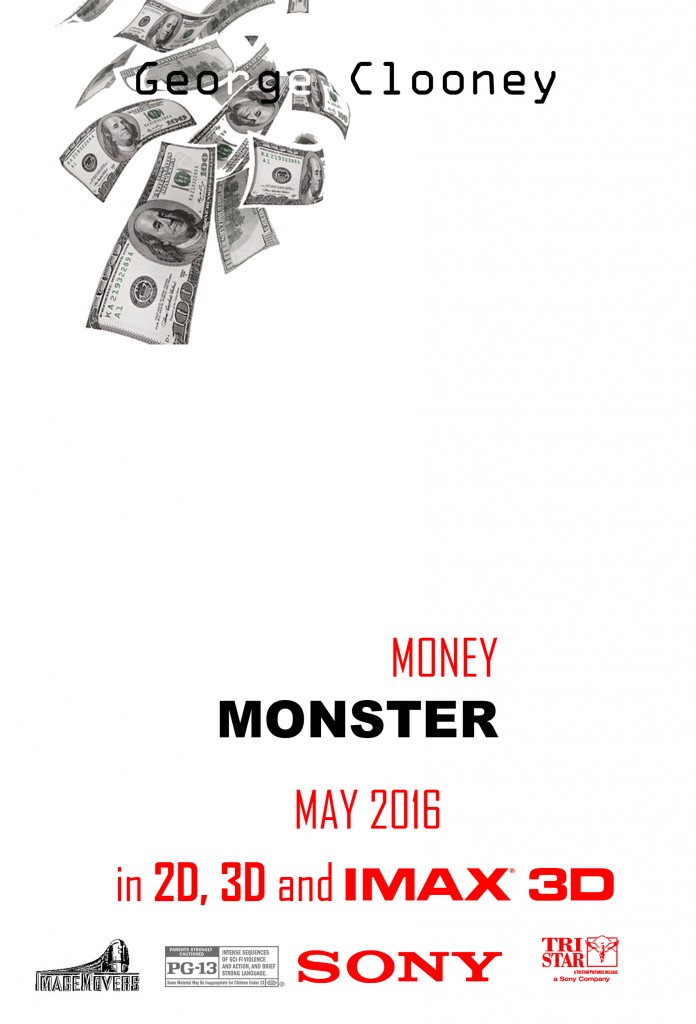 George Clooney and Julia Roberts are back together for the big screen. Instead of robbing casinos like in ‘Oceans Eleven‘, the pair work on a TV show for TriStar Pictures‘ ‘Money Monster‘.

Lee Gates (George Clooney) is a bombastic TV personality whose popular financial network show has made him the money wiz of Wall Street. But after he hawks a high tech stock that mysteriously crashes, an irate investor (Jack O’Connell) takes Gates, his crew, and his ace producer Patty Fenn (Julia Roberts) hostage live on air. Unfolding in real time, Gates and Fenn must find a way to keep themselves alive while simultaneously uncovering the truth behind a tangle of big money lies.

Director Jodie Foster worked from a script by Jamie Linden and Alan DiFiore & Jim Kouf which was based on a story by DiFiore and Kouf. ‘Money Monster‘ opens May 13.