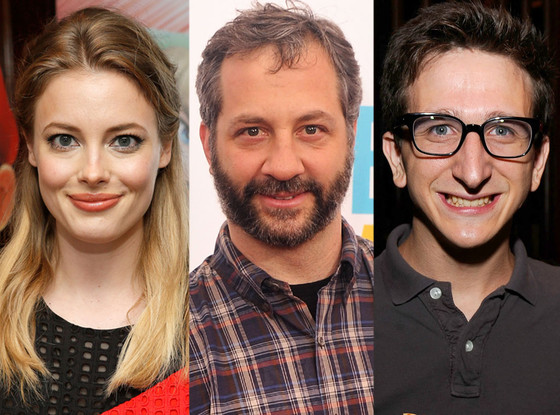 Judd Apatow is almost like Adam Sandler where his projects are hit or miss, but lately more of a miss which makes Netflix a perfect partner seeing as that’s where Sandler’s current projects are calling home. For Apatow, it’s only a comedy series right now that’s set to debut on February 19 called ‘Love‘.

Apatow is joining forces with Paul Rust (‘Inglorious Basterds‘) and Lesley Arfin (‘Girls‘) for a new comedy series that will be unlike any other you’ve seen before. The series follows nice guy Gus (Rust) and brazen wild-child Mickey (Gillian Jacobs ‘Community‘) as they navigate the exhilarations and humiliations of intimacy, commitment, love and other things they were hoping to avoid. The series will release all 10-episodes in February, as is Netflix’s usual MO and is coming from the companies of Apatow Prods. and Legendary Television.