‘Pet Sounds‘ was released in May of 1966 and is celebrating a special 50th anniversary this year. ‘Pet Sounds‘ is, of course, the title of a Beach Boys groundbreaking album which contains some of the bands most renowned singles. From ‘Wouldn’t It Be Nice‘ and ‘God Only Knows‘ to ‘Caroline, No‘ they’re all here, and in honor of this critically acclaimed LP, Brian Wilson is launching a world-wide tour to honor it. When Rolling Stone ranked the 500 Greatest Albums of All Time, ‘Pet Sounds‘ came in at number two.

The excursion will see more than 70 concerts and it all begins March 26th in Auckland, Australia. From the land down under, the tour will cover Japan and Europe before beginning the American leg in June at Burlington, Vermont. There are expected to be additional dates added to the current schedule

“It’s really been a trip to sit here and think about releasing Pet Sounds 50 years ago,” Wilson said in a statement. “I love performing this album with my band and look forward to playing it for fans all across the world.” 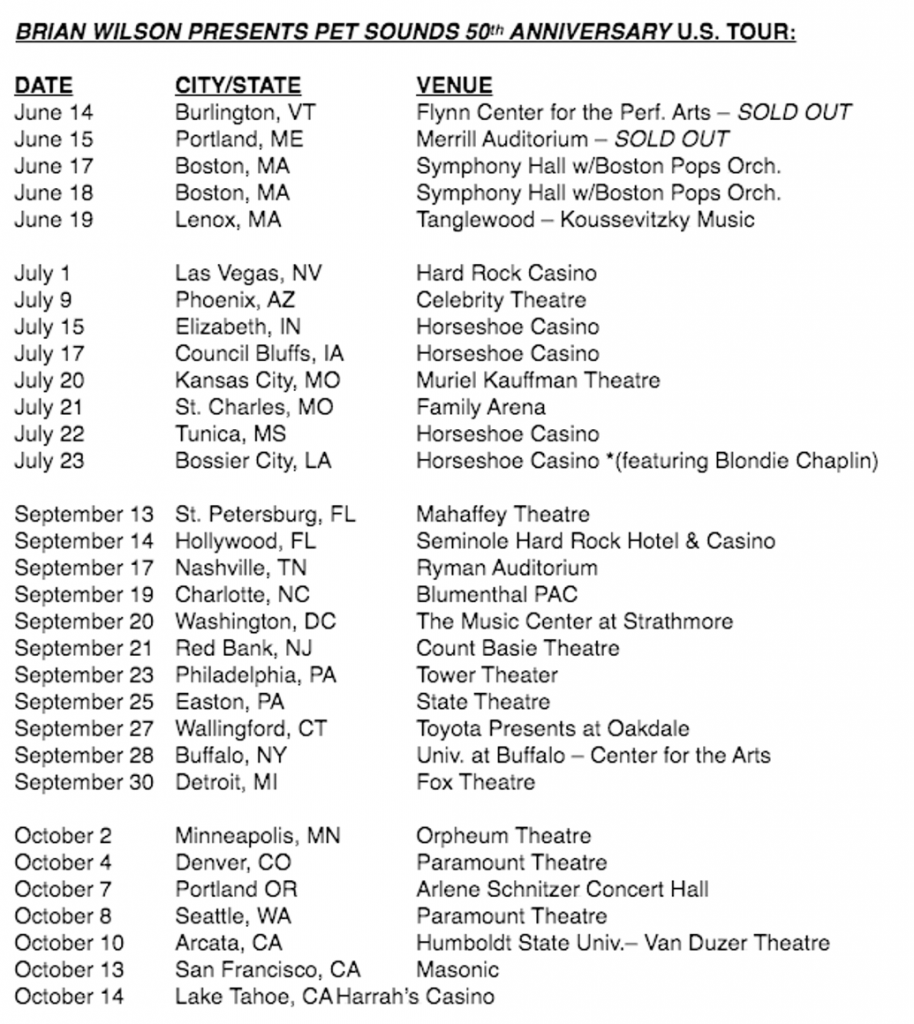 Wilson hasn’t been resting on his laurels and has readied his 11th studio album, ‘No Pier Pressure‘ due in April 2015. This project shows the combined talents of Wilson with other musicians from Kacey Musgraves, She & Him to former Beach Boys,  Al Jardine, David Marks and Blondie Chaplin.