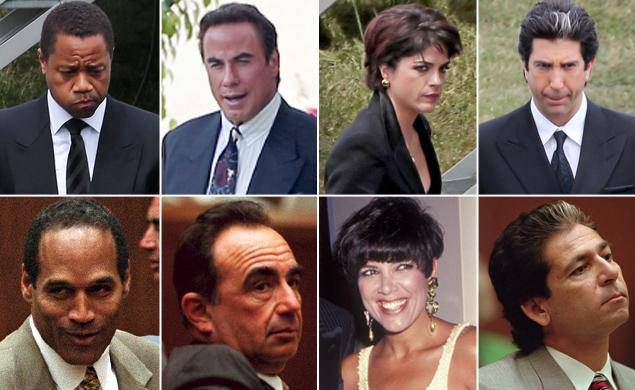 Ryan Murphy knows how to captivate an audience and keep us tuning in week after week, his record proves he’s got what it takes to be a dependable TV tycoon. He’s been responsible for ‘Glee‘, ‘American Horror Story‘, ‘Nip/Tuck‘ and the latest ‘Scream Queens‘. Murphy’s adding to his resume with a series I’ve been waiting for and it’s an event that took the nation by storm that had everyone, regardless of age, riveted to their TV’s – The O.J. Simpson trial. We can see the behind the scenes events with another anthology series, ‘American Crime Story‘.

The murder of Simpson’s ex-wife Nicole Brown Simpson and friend Ronald Goldman created something the world has not been without since, the 24-hour news cycle and reality TV at it’s most base form. The series has brought in some big names to re-enact the events lasting from 1994-1995 with Sarah Paulson pulling off the curly-headed Marcia Clark, John Travolta as big-shot Robert Shapiro, ‘Friends’ David Schwimmer pulls off a convincing Robert Kardashian while Selma Blair is the current reality star, Kris Jenner while Cuba Gooding, Jr. plays the former pro-baller O.J. Simpson. We’ve got a trailer to hold us over until the debut takes place on February 2, 2016. I may just be as engrossed in this series as I was in the original trial.