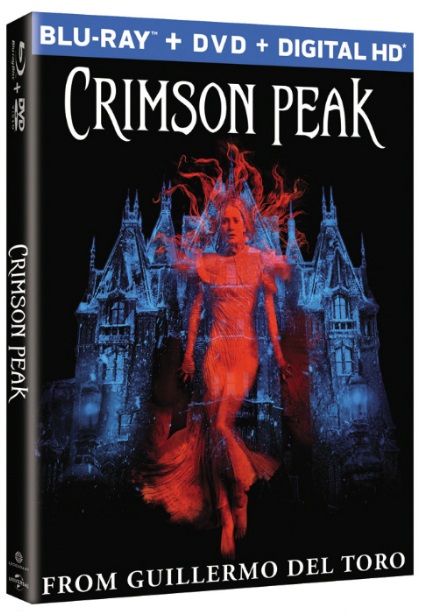 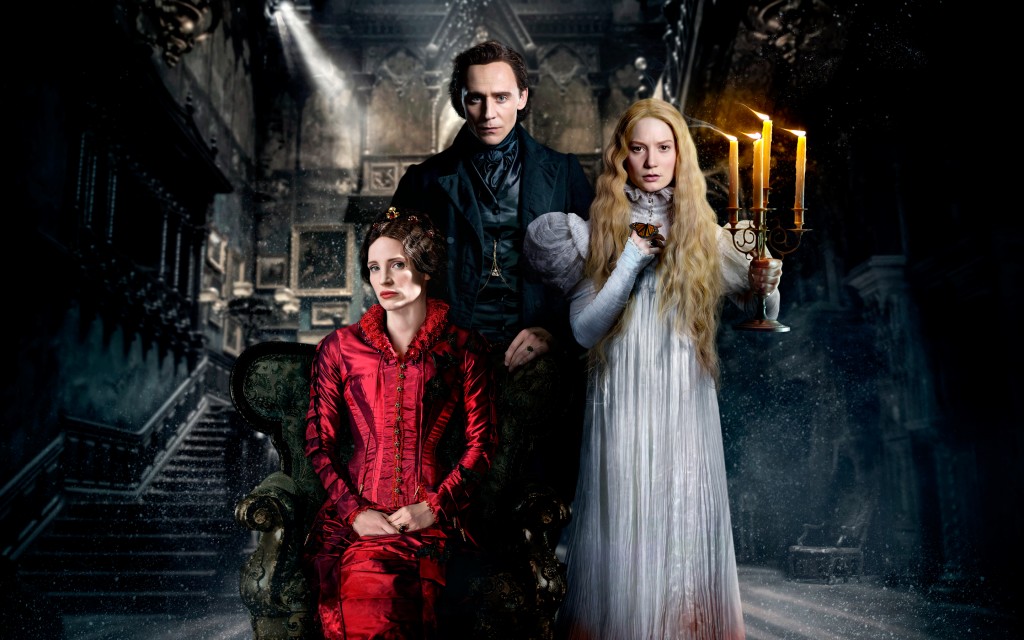 A sheltered young woman, Edith Cushing, abandons the safe certainty of her upbringing for life with an alluring aristocrat on a remote English estate in Crimson Peak. Edith is running away from a family tragedy. She marries Thomas Sharpe, a mysterious stranger. She comes to live with him and his sister, Lady Lucille Sharpe. She starts to find out that the Sharpe’s home is filled with ghosts.

It’s a visually stunning and intensely disturbing thriller from the genius behind ‘Hellboy‘ and ‘Pan’s Labyrinth‘, Guillermo del Toro. The atmosphere is brilliantly steeped in dread, tension and tinged with fear. It is strikingly and gothically beautiful, the type of set that you know has horrible secrets hiding in every corner of Allerdale Hall. 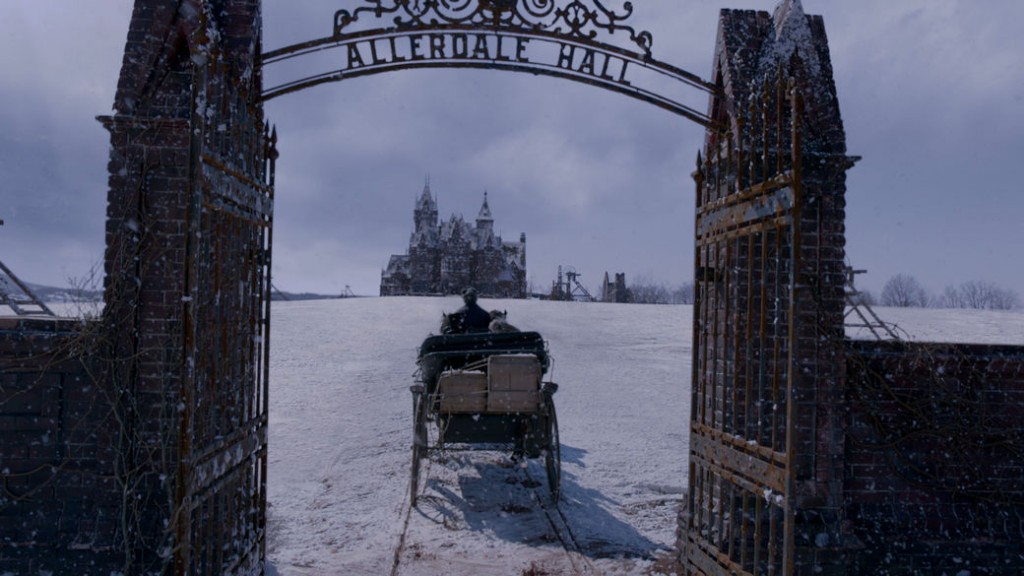 The cast is grade-A talent and definitely the gorgeous people of Hollywood with Mia Wasikowska (‘Alice in Wonderland‘), Tom Hiddleston (‘The Avengers‘), Jessica Chastain (‘Zero Dark Thirty‘) and Charlie Hunnam (‘Sons of Anarchy‘).

A Living Thing: An army of artisans was amassed to construct the Sharpe mansion on North America’s largest soundstage. Witness first-hand and in great detail the construction of Del Toro’s most elaborate set to date.

A Primer on Gothic Romance: Employing his encyclopedic knowledge and passion for the genre, Guillermo del Toro traces the lineage of Gothic Romance in cinema. Using Crimson Peak as the basis, Del Toro outlines the history of cinematic terror and illuminates the differences between traditional scares and elevated horror.

Crimson Phantoms: Del Toro’s approach to make-up effects is discussed by award-winning effects house DDT. In this piece, they offer an exclusive look inside their workshop, where they deconstruct the creation of the film’s most disturbing prosthetic effects. The discussion delves into the mythology of these elegant creatures and how Del Toro’s belief in the supernatural informed the design and narrative of the ghosts. 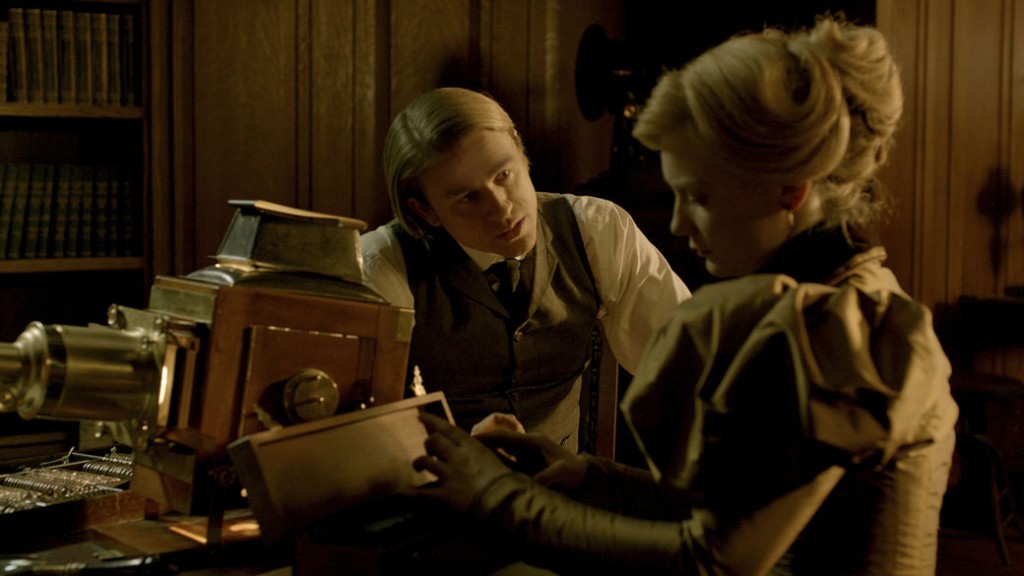 The Light and Dark of Crimson Peak: Crimson Peak offers a stylized turn of the century with carefully crafted visuals that provide the perfect backdrop for Del Toro’s brand of psychological horror. Follow the phases of production to discover a booming America and a dark and removed England portrayed with a multi-layered sophistication unlike any seen in recent cinema.