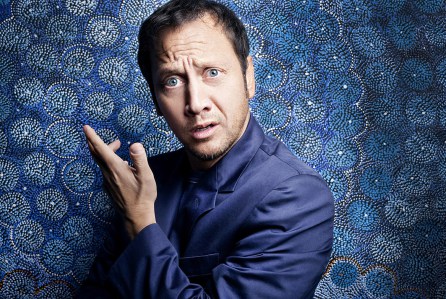 Netflix has gotten so great at this original programming thing that it seems they keep releasing series after series, and they are. It’s another comedian getting a series, we’ve seen ‘Master of None‘ from Aziz Ansari, this time it’s Rob Schneider. ‘Real Rob‘ promises to be a blown out of proportion, yet slightly autobiographical account of day-to-day life for Schneider.

To me, I can’t wait for this show, but I love his personal brand of humor. I love when someone can poke a bit of fun at themselves and not get offended so easily. So if you like Schneider this will be a show for you seeing as how he’s written, produced, starred, directed and self-financed a full season of this show. If you think it will just be a reality series of sorts, following him everywhere, you’re off a bit, it’s scripted and will showcase some great guest stars, just in the trailer we see George Lopez, David Spade and Norm Macdonald.

You can check out your ‘Jessica Jones‘, make sure you’re caught up on ‘Daredevil‘, check out Ansari’s show then around December 1, you’ll probably think “ehh why not?” and tune into ‘Real Rob‘. It’s releasing first of December means it’s a perfectly placed show to watch while you have a few minutes of down-time from the crush of the holiday rush.