Trailer for Disney’s ‘Zootopia’ Has Landed!!! 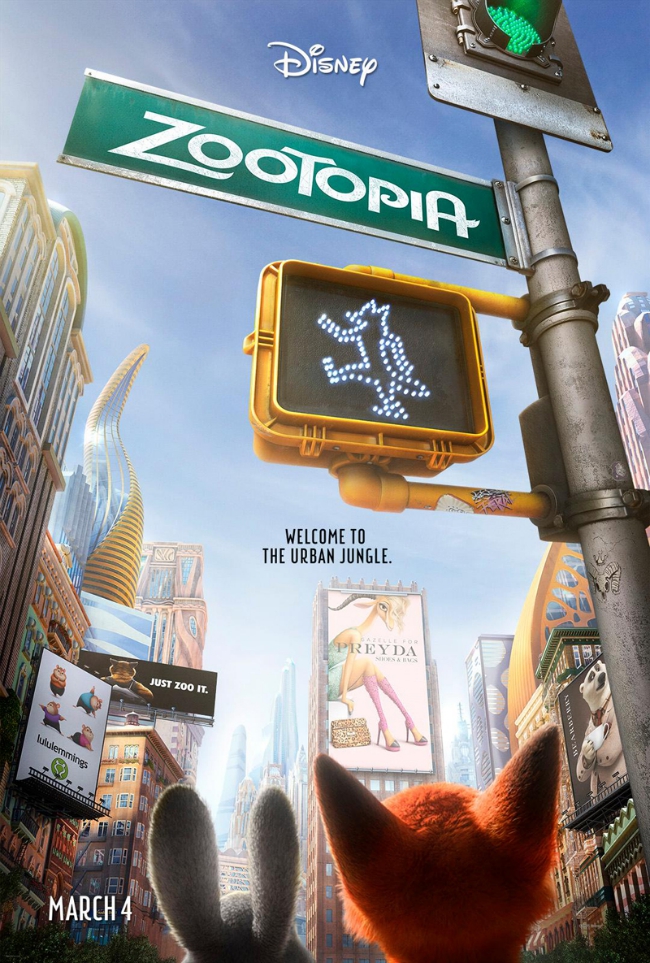 Disney gave us a little taste of what we can look forward to in March of 2016 when ‘Zootopia‘ drops to the big screen. Talking animals, conspiracies, framed for crime? What more could you want?!

The list of voice actors attached to this flick are phenomenal and I love each one separately, together they’re going to blow the screen up! Idris Elba, Ginnifer Goodwin, Jason Bateman, Alan Tudyk, J.K. Simmons, Bonnie Hunt and on and on and on. This is pure A-list going animal on us and the trailer looks like it’s going to be a must-see event, like every other Disney film.

In the animal city of Zootopia, a fast-talking fox who’s trying to make it big goes on the run when he’s framed for a crime he didn’t commit. Zootopia’s top cop, a self-righteous rabbit, is hot on his tail, but when both become targets of a conspiracy, they’re forced to team up and discover even natural enemies can become best friends.