The Forecast Calls For Snow As GOT Reveals Season 6 Teaser! 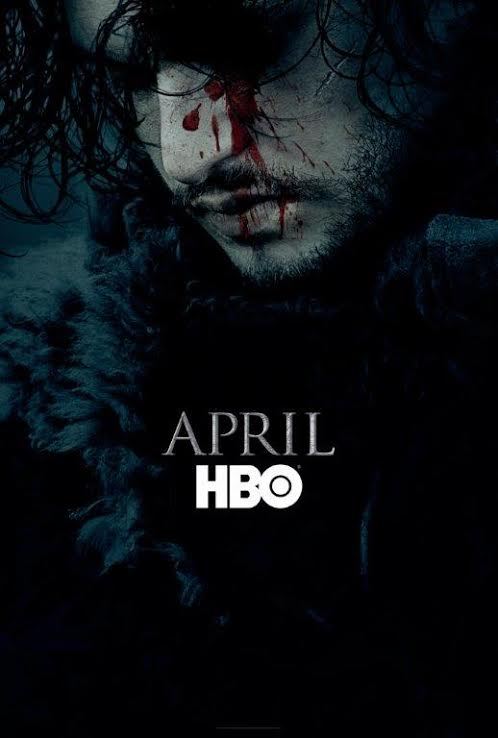 ‘Game of Thrones‘ knows how to kill a character – thanks for that George R.R. Martin. He reminds you of Steven Moffatt with his writing style of killing off characters we love. But now we have a new poster promoting ‘Game of Thones‘ season 6 and who’s front and center?

That’s right boys and girls, Jon Snow! We’ve all been waiting to find out what the real fate of Kit Harrington’s character is. It’s kind of ironic in their timing after ‘The Walking Dead‘ fans find out last night that, somehow, Glenn came out of that whole situation alive, and now we’re looking at Jon Snow.

Since the finale of season 5 for GOT in June, everyone has been loading up on conspiracies – he’s dead, he can’t be dead, he’s Jon FREAKING Snow! Maybe the aliens took him? I’ll admit, that last one was my own theory, but we’re closer to learning his fate and the poster does nothing to cease our intrigue one way or another. Snow looks bloodied and broken, but is he dead or alive?! This is definitely deserving of the title of teaser. Well played, HBO, well played.