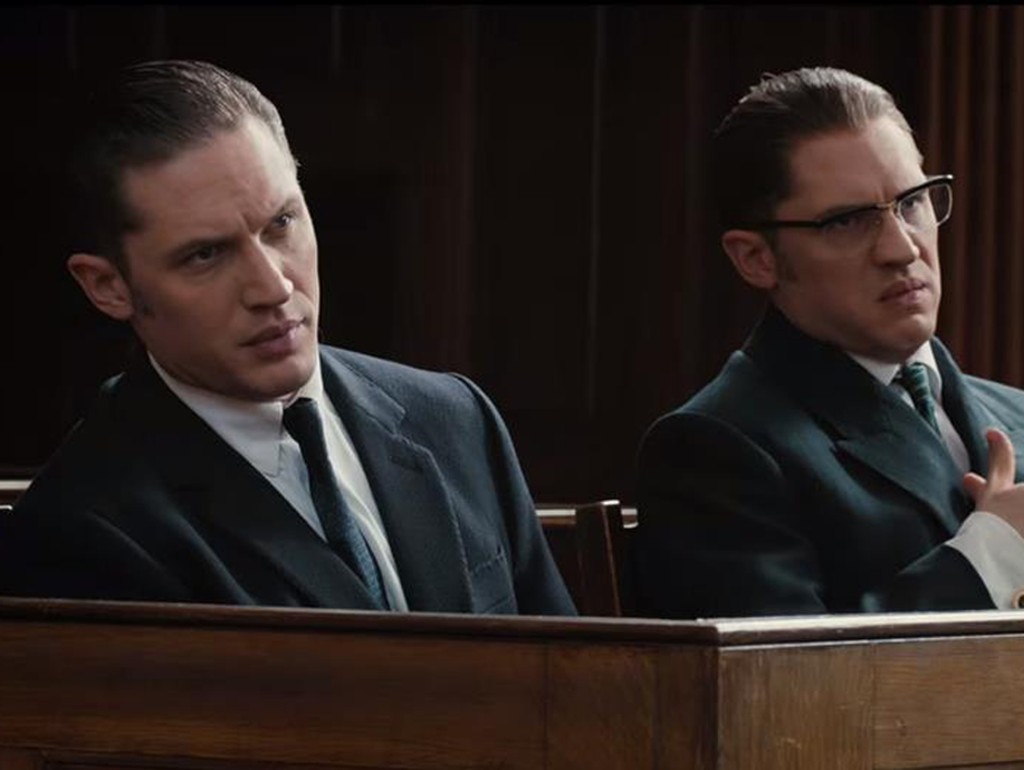 Moon rises on the London cityscape and thus begins the true tale of the Kray Brothers of the 1960s narrated by Frances Shea Kray (Emily Browning).  A car comes toward you, traveling down the narrow streets of London.  Behold, the identical twin brothers, Ron and Reggie Kray (Tom Hardy as both), the most notorious gangsters of the East End of London.  The Kray Brothers ran first their beloved East End and they worked their way through London.

Walking with two cups of tea, Reggie Kray, sleek and handsome, smiling as he strolls over to the more than obvious tail that constantly shadows him and his brother.  Reggie mockingly offers the Constable Scott (Joshua Hill) and the detective, Nipper Read (Christopher Eccleston) the tea.  They refuse and Reggie’s response was for them to get off their butt and start following him.

Legend has minor roles and cameos of some of my favorite, talented British and Irish actors including Charlie Richardson (Paul Bettany, the list is long from a nude traveler in A Knight’s Tale to a kick butt angel in Legion and Jarvis in Avengers: Age of Ultron), Frank Shea (Colin Morgan a copper in Netflix’s The Fall), and Leslie Payne (David Thewlis Professor Remus Lupin in the Harry Potter series, as the Hospitaler in Kingdom of Heaven, and Wingfield in The New World).  I wish they had more of a presence in Legend, but as this is a real story, the Kray brothers were the focus of this film and likely the only ones whose behavior and events were well documented. 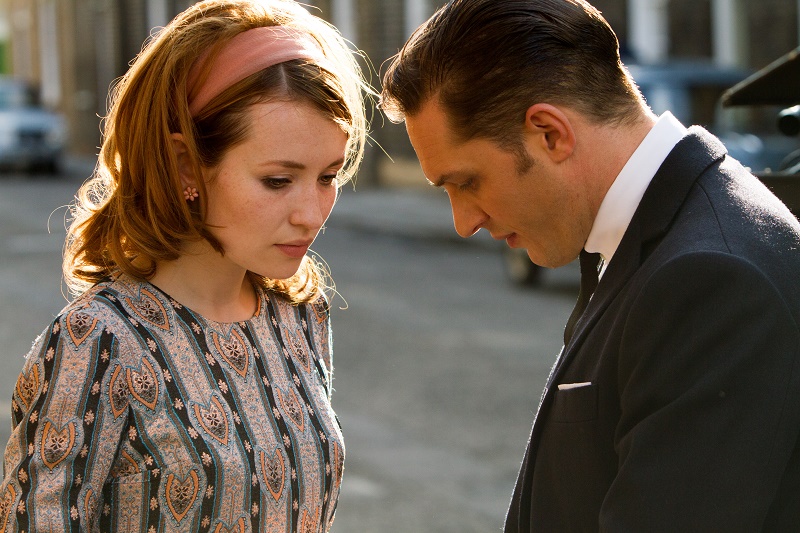 Hardy was amazing as Ron and Reggie Kray.  He seemingly effortlessly brought the darkness of Ron and sunny and murky danger side of Reggie to life.  I’ve followed Hardy for a good while from portraying Twombly in Black Hawk Down, Clarkie in Layer Cake, Eames in Inception (one of my faves), and Tuck in This Means War.  I didn’t really like his portrayal of Heathcliff in Wuthering Heights (it may not have been totally his fault, because Ralph Fiennes made that role for me) nor as Bane in The Dark Knight Rises (which could have been the basis for Ron Kray’s voice).

There have been misses as well as hits, but one thing is for sure Hardy has the range to do many great things.  I know what you’re thinking, “What about his role as Max Rockatansky in Mad Max: Fury Road?” As of yet, I have not seen it. (Pick up your jaw)  I expect great works to come from Brady.  Browning was a nice surprise since I hadn’t seen her since Sucker Punch.  She still wheels those huge doe eyes, which made her ideal for this role as the film states that Frances was the only person to ever reach Reggie Kray. 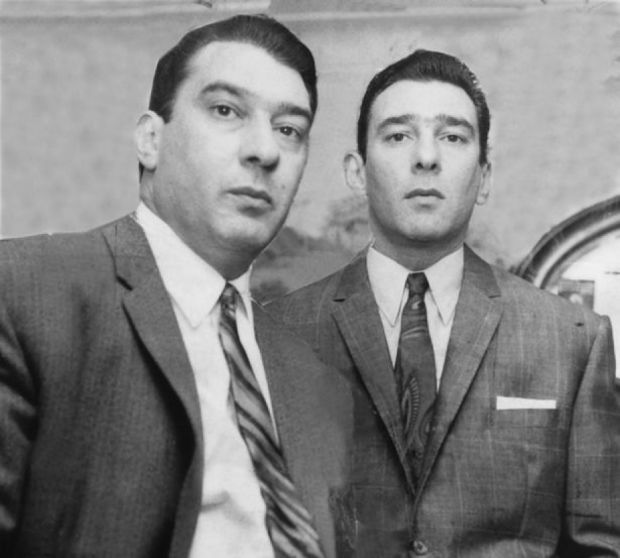 Brutal truth and sarcastic banter make Legend an interesting telling of the lives of the Kray Brothers.  Keep your ears alert, because the thick accent will make the dialogue trying to follow throughout the film.  The handheld camera shots were a little annoying as they followed Reggie through the neighborhoods, but it gave the film a realistic feel.  History buffs and gangster film enthusiasts as well as others will enjoy Legend.  The story is dark and sadistic yet has the right balance of comedic moments to place sparks of light in this warped tale.