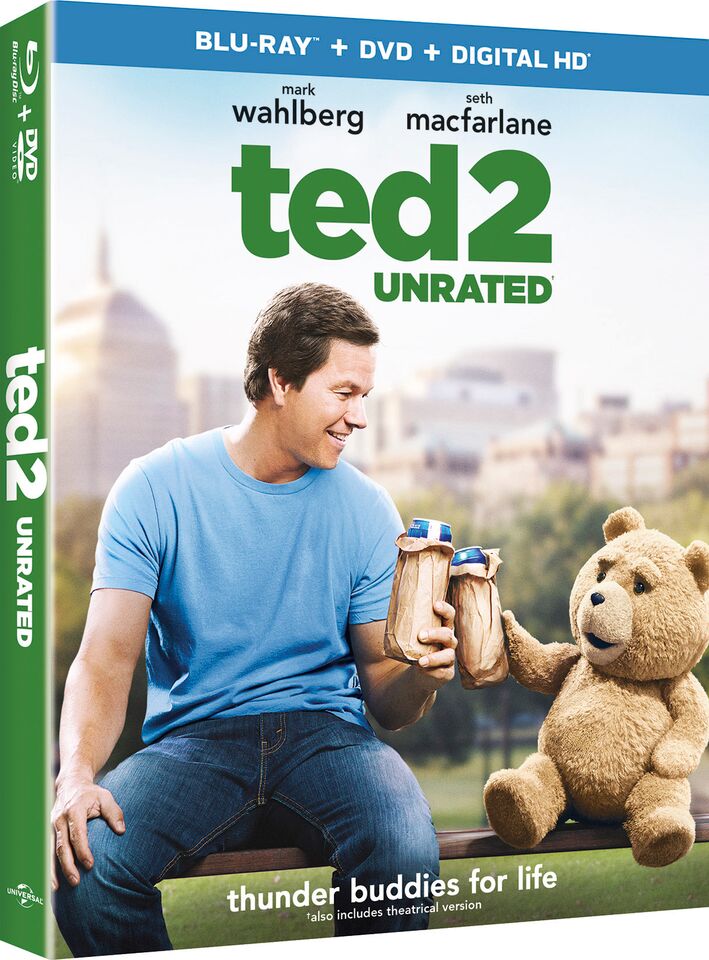 The world’s most crude teddy bear is back and you can take him home. Universal Pictures Home Entertainment announces ‘Ted 2′ coming to Digital HD on November 24, 2015.  If you want it on Blu-ray, you’ll have to wait just a little longer, but it will be available on December 15, 2015. 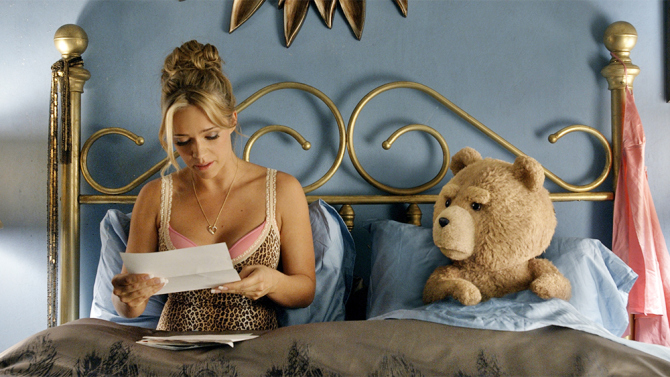 If you’re after hysterically raunchy banter, Ted and his BFF John are going to be the hottest ticket in town this holiday season. Months after John’s divorce, Ted and Tami-Lynn’s marriage seems on the same road. To patch things up, Ted and Tami-Lynn plan to have a child with John’s help, but their failed efforts backfire disastrously. Namely, Ted is declared property by the government and he loses all his civil rights. Now, Ted must fight a seemingly hopeless legal battle with an inexperienced young lawyer to regain his rightful legal status. Unfortunately, between Ted’s drunken idiocies and sinister forces interested in this situation to exploit him, Ted’s quest has all the odds against him. Starring Mark Wahlberg, Seth MacFarlane, Amanda Seyfried, Jessica Barth, Giovanni Ribisi and Morgan Freeman.

Both the Blu-ray and DVD include an unrated extended edition that features never-before-seen footage that was too much for the big screen which makes this the perfect gift for any fan to find under the tree this year.