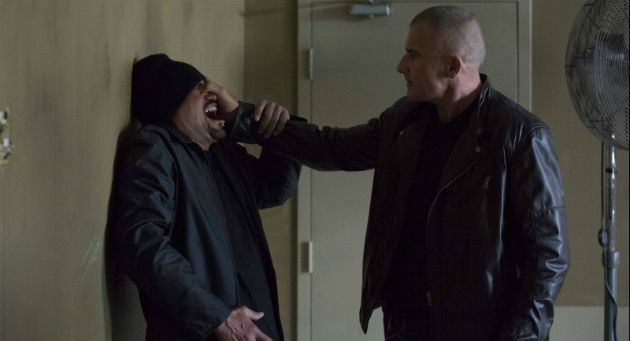 Have you ever thought to yourself, “I really like The Expendables, but I think there are just too many ‘A-listers’ in there for my taste”? If so, you’ll definitely love Gridlocked.

Former SWAT leader David Hendrix (Dominic Purcell) is the toughest cop on the force. He’s ruthless, remorseless, and without peer. He’s also a glorified babysitter. In an effort to get back on his former team, he has to jump through all the department’s hoops, from busting crackheads to chaperoning a party boy movie star. Brody Walker (Cody Hackman) is the young movie star whose wild behavior has put him on the wrong side of the law. His lawyers arrange to keep him out of jail by having him tag along with Hendrix for the remainder of his sentence in a sort of “scared straight” program. Things go from bad to worse after Hendrix takes Walker to their training facility to meet his team (including famed WWE wrestler Trish Stratus) and cohorts (including Danny Glover). While there, the facility is attacked by the likes of Stephen Lang and Vinnie Jones and other mercenaries. The SWAT team finds themselves outgunned and outmanned as they try to survive the assault.

Gridlocked doesn’t try to be clever or unique. Like Expendables, it delivers exactly what its target audience demands. This is the film’s greatest strength and weakness. There is nothing particularly special that stands out about this film. Even the plot is overused at this point. It simply delivers a shot of nostalgia and adrenaline straight to your veins. The story is interesting enough and Purcell’s acting is proficient enough to make you honestly care about his welfare. However, no one is being fooled here. It’s the action that is the bread and butter; and it’s in this area that the film delivers a solid punch. It takes a bit for the film to really get going, but once it does, it doesn’t let up until the very end.

I have to mention this about the famed Mr. Glover’s role in this film. Not since the days of George Clooney playing a dog on South Park has such a well-known actor played such a small role. Truly, Danny Glover is really getting “too old for this”. A once great action star, his role in this film is a glorified (although very welcomed) cameo. Still, his presence was one of the highlights of this film; a film that does a most admirable job at making you wax nostalgia for long gone action films of the 90’s. Still, it would have been nice to see more of him.

As a nostalgia piece, this film knows exactly what it is. Every 90’s action film cliché you can think of is thrown into the mix. I could list them all, but then we’d be here all night. While this may make some apprehensive, writer/director Allan Ungar handles them with a certain tongue-in-cheek style that allows you to forgive their inclusion. However, this is tricky business, and not always accomplished with the exact precision and polish that Ungar would want. The end result is a film that at times is witty, brilliant fun, and other times reminiscent of a low-budget, made-for-television action flick. Unfortunately, this balancing act gets worse as the film goes on. 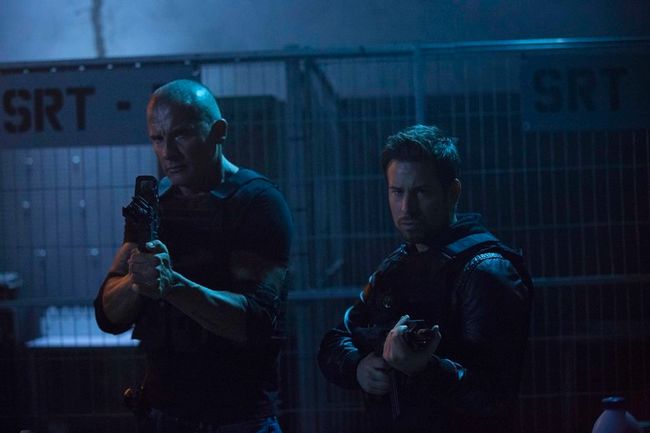 Let’s be honest here. This film isn’t going to win any awards. It isn’t going to challenge the likes of Fury Road for box office supremacy. But then again, it isn’t trying to. It’s simply trying to pay homage to the great action flicks of a bygone era. Still, with a larger budget, it might have been able to pull off some truly amazing effects or nabbed some bigger names for that extra punch. If it had, it truly could have rivaled The Expendables for this niche market. As it is, it’s like a solid B effort from a student who could have easily gotten an A if they had only applied themselves a bit more.

If you’re old enough like me to remember the glory days of big action stars like Schwarzenegger, Norris, or Stallone, you should definitely check this out. However, just like with The Expendables, you might want to curtail your expectations and just enjoy the ride.