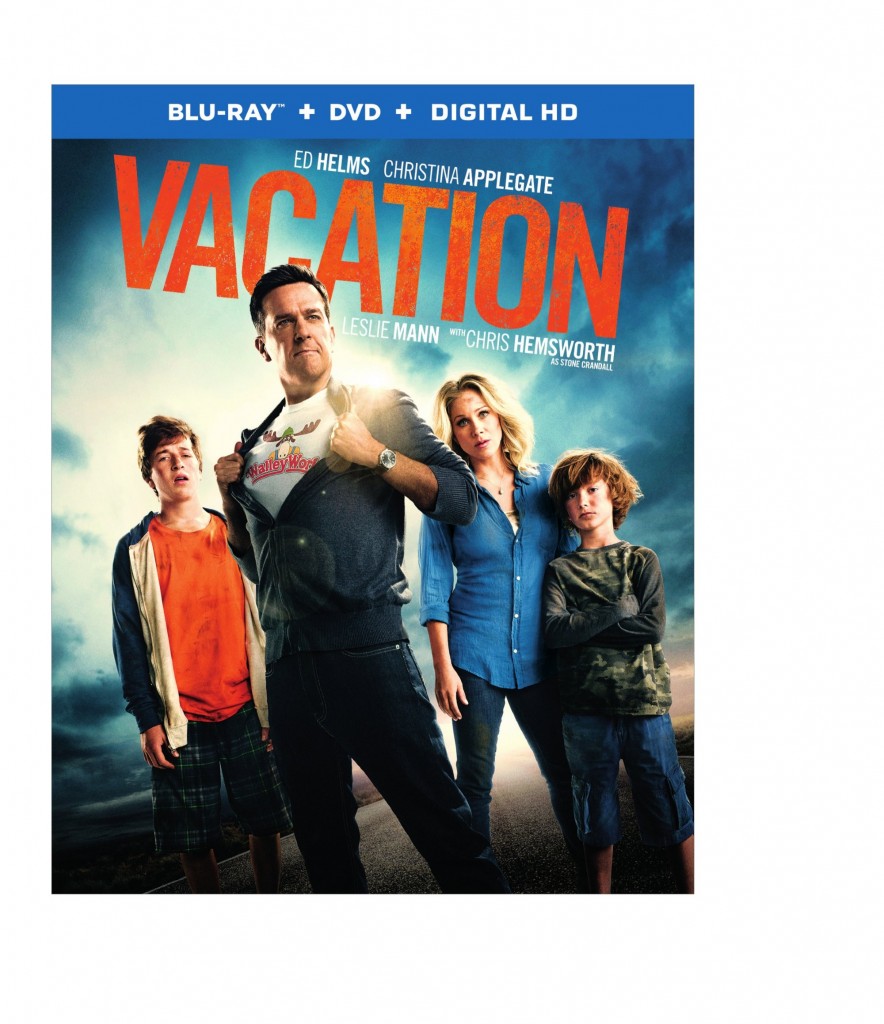 Get ready to bring the new generation of Griswolds home on Blu-ray Combo Pack and DVD when Warner Bros. releases ‘Vacation‘ on November 13, or you can own it early on October 13 if you go the Digital HD route. If that still doesn’t fill your Griswold need, a remastered ‘National Lampoon’s Christmas Vacation‘ will be out December 1.

The next generation of Griswolds are on the road again for another hilarious, ill-fated family adventure. Following in his father’s footsteps, a grown-up Rusty Griswold (Ed Helms) surprises his wife, Debbie (Christina Applegate), and their two sons with a cross-country road trip back to America’s “favorite family fun park,” Walley World. What could go wrong?

Helms and Applegate share the screen with Skyler Gisondo and Steele Stebbins as their sons, James and Kevin. Leslie Mann is Rusty’s sister, Audrey and Chris Hemsworth plays her husband, Stone Crandall. Beverly D’Angelo and Chevy Chase round out the cast as Ellen and Clark Griswold bringing a bit of nostalgia to the new ‘Vacation‘.