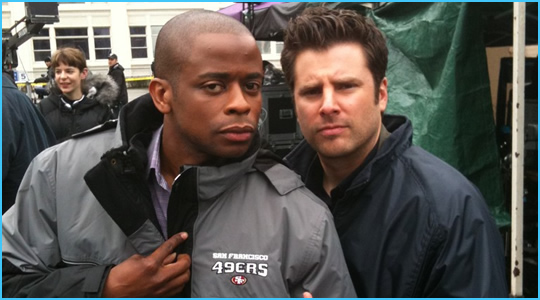 If laughing hysterically while you’re trying not to puke is your favorite mixed feeling, get ready for ‘Gravy‘! Maybe I should add if you’re a fan of Emilio Estevez Esteevez and Bighead, Super Sniffer, Longbranch Pennywhistle or Chocolate Columbo, you’ll be in love with this. Of course, all those names are the many aliases Shawn Spencer uses for himself and that of his faithful friend (Sounds like I’m talking about a puppy, doesn’t it?) and side-kick Burton Guster on the TV series ‘Psych‘. This factors in to ‘Gravy‘ because James Roday is the director of ‘Gravy‘ and he’s brought co-star Dule Hill into the film with him! 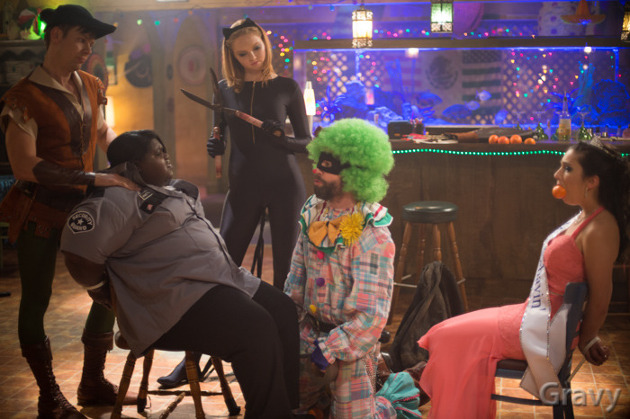 The premise is simple, hilarious and a little appetite suppressing, which is a win-win for me! It’s All Hallow’s Eve. A trio of costumed misfits with very special dietary requirements seizes a Mexican cantina and forcce the staff to engage in a late night of gaming, food and libations. The only caveat is what’s on the menu.