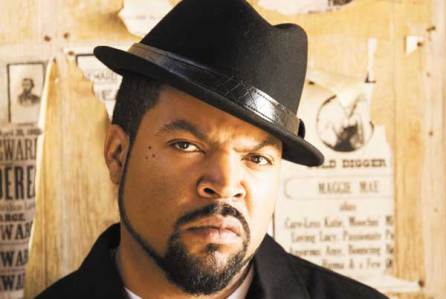 If you loved the give and take prevalent with the ‘Barbershop‘ movies, you’re going to love this Christmas movie being worked up by Ice Cube and Tim Story, ‘Humbug‘. Naturally, Cube will play Scrooge.

Universal Pictures bought the script from writers Todd R. Jones and Earl Richey Jones (‘Johnson Family Vacation‘). It’s a modern twist on the classic Charles Dickens story. In this version, Scrooge is a wealthy real estate mogul who is visited by the three classic ghosts  of Christmas Past, Present and Future, shedding a light on redemption if only he will change his ways.

In addition to the ‘Barbershop‘ franchise, Story and Cube have also worked together on ‘Ride Along‘ at Universal that has a sequel ready to hit the big screens in January which co-stars Kevin Hart. Cube, the Jones bros and Jeff Kwatinetz will co-produce.