This Red Band Trailer for ‘Scouts Guide to the Zombie Apocalypse’ Is MAGNIFICENT! 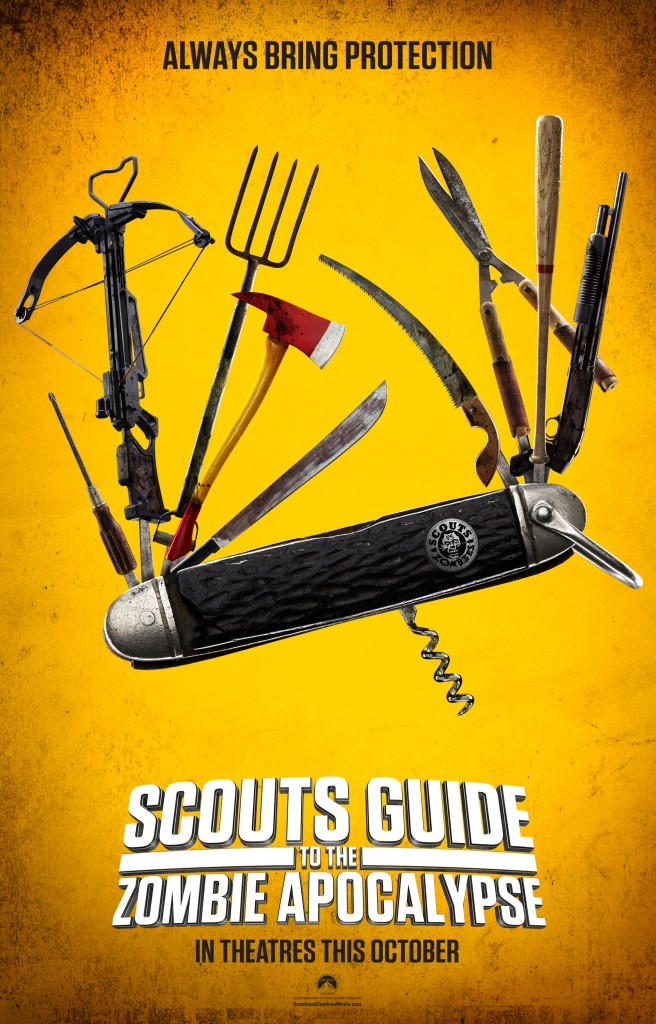 We’ve seen a ton of zombie movies and television shows over the past few years. We’ve seen alien zombies, nazi zombies, cockney zombies, Russian zombies, and even pot zombies. However, it seems like the next genre of zombies is just around the corner, waiting to sink its mangled teeth into us, which brings us to ‘Scouts Guide to the Zombie Apocalypse‘. That’s right, Boy Scouts and Zombies, and I must say that this film looks AMAZINGLY hilarious and bloody.

The official press release states: “Three scouts and lifelong friends join forces with one badass cocktail waitress to become the world’s most unlikely team of heroes. When their peaceful town is ravaged by a zombie invasion, they’ll fight for the badge of a lifetime and put their scouting skills to the test to save mankind from the undead.” And the film stars Tye Sheridan, David Koechner, Cloris Leachman¸ Halston Sage, Logan Miller, Joey Morgan, and Sarah Dumont.

NOTE: The below trailer is very NSFW, so plan accordingly.