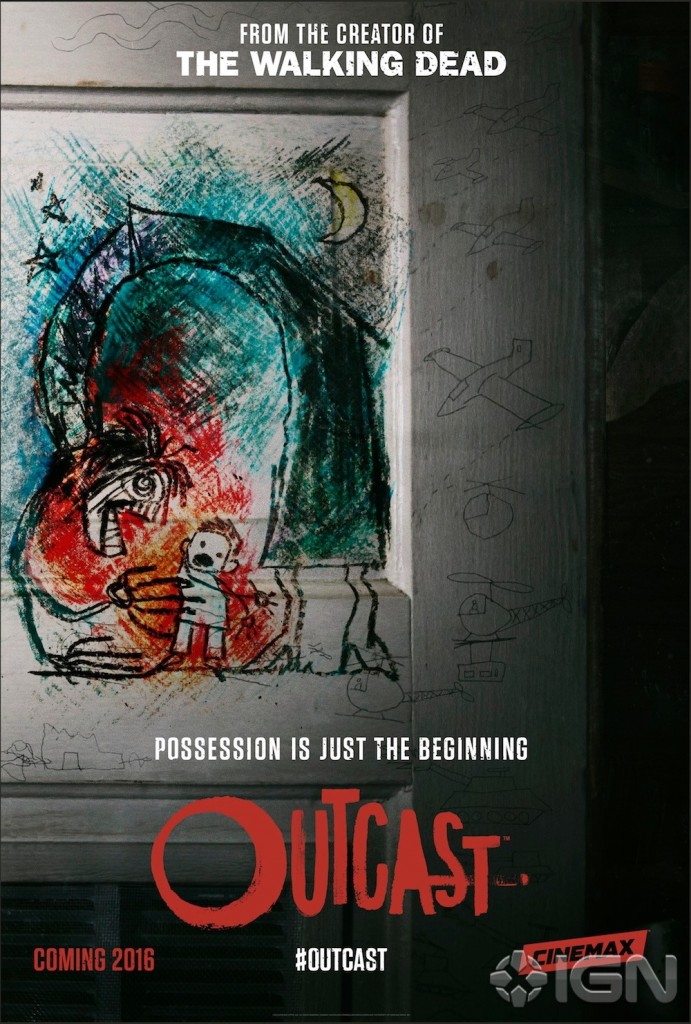 Robert Kirkman would have been a busy man if he’d attended SDCC as he planned to, he is the writer/producer of ‘Walking Dead‘ and the brand new spinoff to TWD ‘Fear The Walking Dead‘ all issued through AMC, today Kirkman would have to jump to the Cinemax panel for one of his newest ventures, as ‘Outcast‘ revealed a first look trailer for the 10-episode supernatural possession thriller. 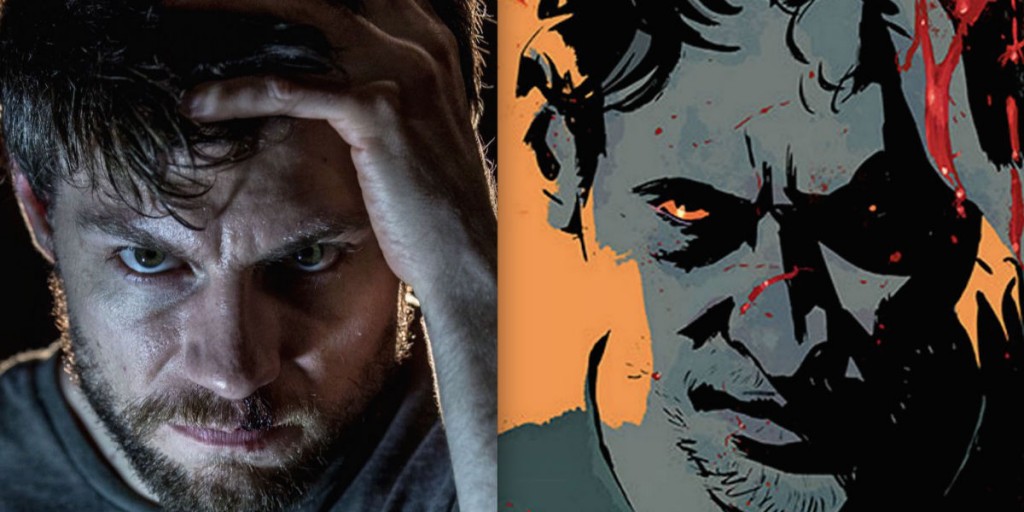 Based on the Kirkman-created comic of the same name which was originally released just last month on June 25 and has a 12 book series scheduled to end in August of 2015 and follows Kyle Barnes who has been plagued by demonic possession all his life and now he’s looking for answers. The things he uncovers along the way could bring about the end of life on Earth as we know it. Barnes is being played by Patrick Fugit, an actor who won my loyalty with the Cameron Crowe biopic of sorts, ‘Almost Famous‘ as William Miller, the young would-be writer for Rolling Stone magazine.

Current Horror-director du jour Adam Wingard (‘You’re Next‘, ‘V/H/S‘)  helming the pilot , and kicked off the panel with a video from the absent Kirkman explaining their concept for the show. “Like The Walking Dead’, we come at things from a different angle”, he says of the series.   While we have to wait until next year to see the series, we can get excited for it until then.