The Trailer For ‘Goosebumps’ Looks Fantastic!!! 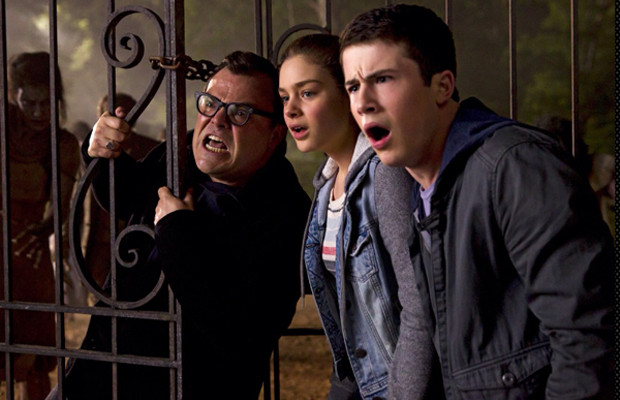 If you were a child of the 90’s you read ‘Goosebumps‘ books and slept with a flashlight at night. A desire for R.L. Stine’s novellas was the pre-cursor to an adult love affair with Stephen King and all manner of things that go bump in the night. They were a quick read with a few pulse-quickening moments but no real scares to the older teen demographic. If you were in the right age group, though, the books were traded with friends like ‘Sweet Valley High‘ books were in the 80’s. Plots were kept strictly silent so the next friend to read got a full dose of fright. . 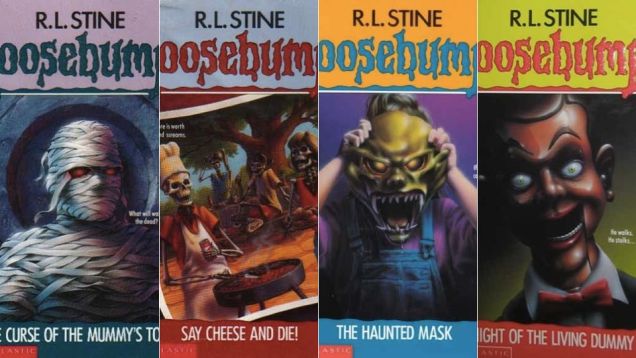 They had such a popularity that a series was brought to TV to further capitalize on the demand of the horror anthology that consisted of about 75 episodes that ran four seasons from 1995-1998. As of 2014 the series sold over 350 million books worldwide in 32 languages and have, many times, made the New York Times Best Seller List for children.

It wasn’t long before the powers-that-be decided  a full effort on a big screen level was necessary and, based on the trailer, I’m thrilled they did. Their premise is this, A young kid teams up with the niece of young adult horror author R.L. Stine after the writer’s imaginary demons are set free on the town of Greendale, Maryland. I love how it’s the collected works of Stine we’re going to be seeing in a whole new way. The stars of the film can make or break a good story and Sony Pictures is hedging their bets by putting Jack Black on point to play the noted author, Halston Sage (‘Neighbors‘), Dylan Minnette (‘Let Me In‘) and Odeya Rush (‘The Giver‘) bring the kid power to the film while Black leads the adult crew with Amy Ryan (‘Gone Baby Gone‘) and Ken Marino (‘Wanderlust‘). Check out the trailer and get excited with me for the movie that appeals to all ages when it’s released in October of this year.