Check Out ‘The Chosen’ Trailer From New Director Ben Jenoshua!!! 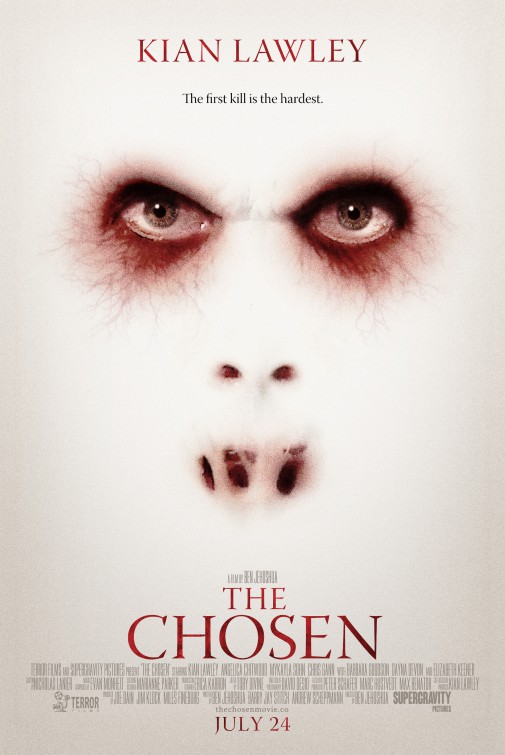 ‘The Chosen‘ is the freshman effort from new-comer Ben Jehoshua who is playing dual roles of both writer and director. Jehoshua has tapped YouTube star, Kian Lawley, to lead his cast in the supernatural thriller. Also appearing are Elizabeth Keener, Angelica Chitwood, Chris Gann and Dayna Devon

When a child-stealing demon attaches itself to a little girl (Mykayla Sohn), her family is thrust into a battle against time in order to save the girl and send the demon back to hell. Sounds simple enough and it has all the right tools to make it a true spine-chiller, maybe we’re seeing the birth of another story-teller we can count on to scare the pants off us in the future.

The film opens on Friday, July 24 in select theaters and on Vimeo on Demand from Terror Films and Supergravity Pictures, check out the trailer and tell me who’s checking it out?