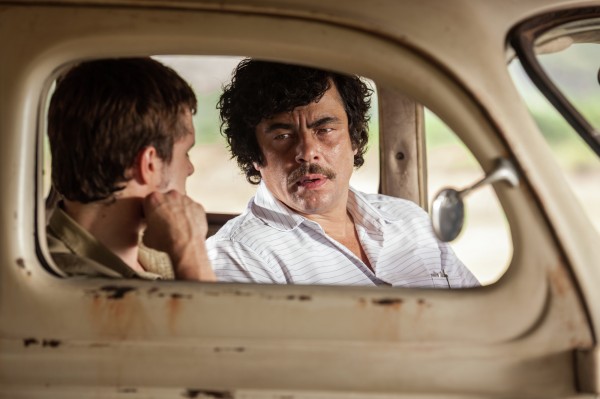 This is a tough one.  I’m guessing this falls into the genre of historical fiction.  Director/Writer Andrea Di Stefano created this story out of a short phrase he heard once.  “This kid got involved with the Escobar family and got into some trouble.”  From this small excerpt, Di Stefano drafted a tale of a young Candaian, Nick, (Josh Hutcherson) who gets romantically involved with one of Pablo Escobar’s nieces and becomes a member of “the family.”

The pros in this film are big.  Benicio Del Toro completely owns this film as Pablo Escobar.  He is charismatic, enigmatic, psychopathic, a perfect emulation of what a drug kingpin with hugely political and criminal influence has to be.  His delivery of every line is smooth and textured, terrifying in the ease in which he can order a murder as easily as he can ask for dinner.  The direction is top notch with beautiful shots of Colombia, high tension dramatic moments, soft flashbacks, and riveting action.

Did that last sentence seem to have a lot of genres that don’t usually fit well together?  Well, that’s the downfall of the film.  The film strives to be too many things and quickly devolves into a caricature of itself.  It feels like a biopic, and then becomes a Tom Clancy-esque movie.  The violence is supposed to show the ruthlessness of Escobar, but it feels like it cannot be justified by the unrealistic plot.

If this were a showcase of Di Stefano’s future as a director, then I would call it a success.  For a first time big screener, he displays an ease with the camera and control of his actors.  As a showcase of his writing capabilities, well, he may want to let that one go. 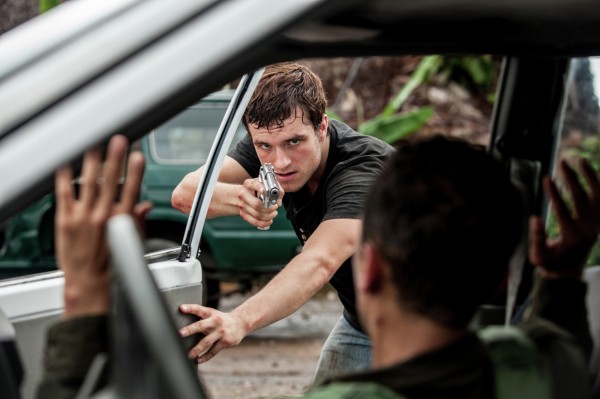 There’s a lot of good here, and if nothing else, an affirmation that Benicio Del Toro graces everything he does.  Ultimately, you can’t really ascertain what the point of the movie was; it probably would have worked a lot better by cutting out any part of the plot that does not directly involve Escobar.