Could There Be A Hit Girl Prequel?!?!

There could be more ‘Kick-Ass‘ awesome heading our way according to film writer/director Matthew Vaughn. Of course I’m talking about the comic creation by Mark Millar that consists of average teenager turned vigilante superhero-wannabe Dave Lizewski who later becomes Kick-Ass and teams up with the father/daughter duo of Hit-Girl and Big Daddy. 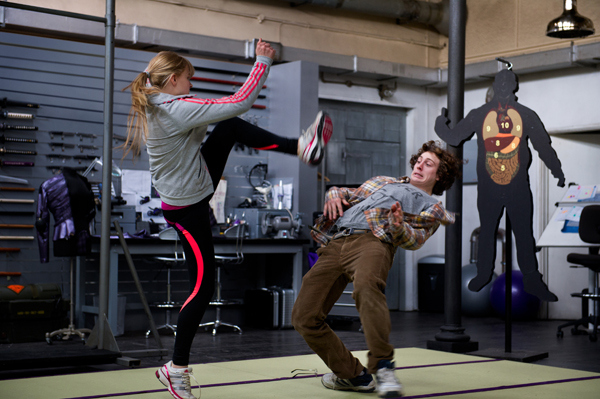 The first ‘Kick-Ass‘ was a rousing success that tripled it’s budget at the box office. Three years later saw Vaughan step down and Jeff Wadlow took a crack at the director’s gig taking on a hyped sequel and big fan expectations for the unlikely superstars. With the original cast returning it was thought to be a slam-dunk but critics panned the film while co-star Jim Carrey went on the attack against the film criticizing it for being too violent which turned a lot of people off to the film, at least it did me.

Anyhow, Vaughn wasn’t satisfied with leaving the characters after one film and wants to get back to the art of film-making with a prequel. He feels that looking backwards on the characters might be the best way to move forwards after the debacle that was the sequel. He thinks a story about how Hit Girl and Big Daddy became crime-fighting vigilantes would be the best way to go. 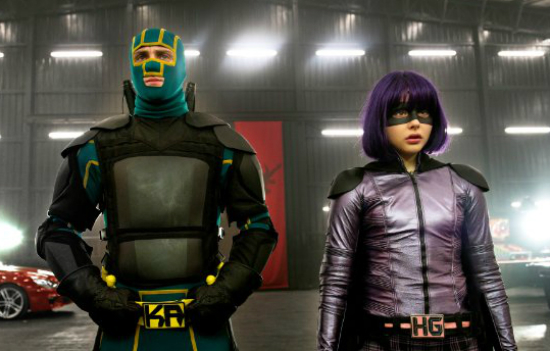 “We’re working on an idea for a prequel of how did Hit Girl and Big Daddy become Hit Girl and Big Daddy,” said the British director. “If we make that, hopefully that will be the sorbet for the people that didn’t like Kick-Ass 2 and then we can go off and make Kick-Ass 3. I think we’ve got to do this prequel to regain the love that we had.” I agree with his assessment on the face of it, at least. My issues come with doing a prequel would be fantastic, but the role of Hit Girl would more than likely need to be recast as the Hit Girl originator Chloe Grace Moretz is in her late teens and has gone far away from the adolescent girl we fell in love with 8 years ago. I fell in love with her to the point that I still point her out as the ideal girlfriend my boys should look for, a girl that likes purple and can defend herself, maybe not such a high body count, though.  So now, we wait for a script good enough to make this movie happen.