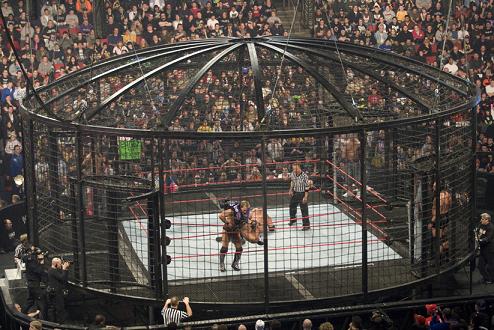 Confession: I recently confronted the possibility of taking a break from WWE. Or, if you’re being cynical, I briefly considered only watching the highlights of the 12th most important pay-per-view event of the year, while still watching several hours of WWE programming a week.

If you want to blame anyone for this crisis, please, don’t blame yourself. Blame Sting. I get that he was WCW’s biggest star and the last great get from the Monday Night War era. But watching him perform in 2015 was just depressing: the thinning yet meticulously styled hair, the arthritic knees, the dyed soul patch. All grim. For less money, WWE could have painted the face of any one of thousands of “cool dads” with no noticeable drop-off. Sadly, WWE built an entire Wrestlemania Season around his match with Triple H. The match itself involved a 9 man brawl with a combined age of 400 (I’m not even exaggerating!). The whole thing really brought me down.

To top it off, almost everything else WWE tried at Wrestlemania made me sadder. Daniel Bryan won the Intercontinental Championship only to go down with another mysterious injury. John Cena emasculated Rusev. Brock Lesnar and Seth Rollins put on a great show but then Lesnar returned to the hills of Saskatchewan. Things were bleak.

Then, thankfully, I had reason to stay: WWE broke out The Good Ideas. 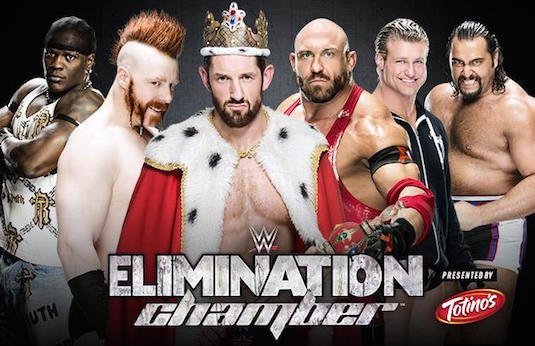 1) WWE brought back King of the Ring, a delightfully absurd tournament that ended with the crowning of King Barrett (formerly Bad News Barrett). He used to stand at a podium and deliver bad news to the crowd, now he carries a scepter and wears a cape (no more podium). He’s British, though, so it all kind of makes sense.

2) Big E, Kofi Kingston and Xavier Woods found the perfect balance between threatening heel faction and A+ comedy troupe, overplaying the “power of positivity” while occasionally mentioning that “if we don’t clap, we snap.” Super bonus points for their flagrant misinterpretations of the Freebirds Rule.

3) Sasha Banks prompted the first (visible) eye roll of my young marriage. I’m not really sure what the problem was: I just pointed out that it was bogus that WWE let some no-name wrestler dye her hair the same color as The Boss. I guess it was the third time in that hour that I managed to bring up Sasha Banks in a conversation, and sure, maybe I had just downloaded her theme song from iTunes. But I’m not sure why a good Sasha Banks conversation would bother anyone, let alone my beautiful wife. 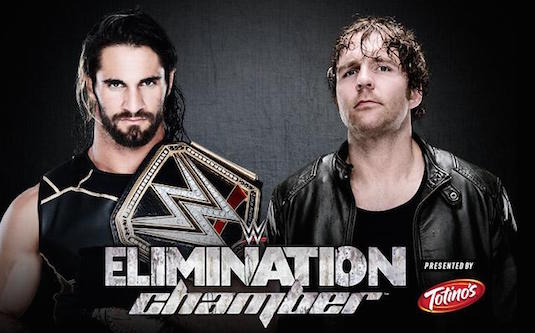 4) The Elimination Chamber is back and better than ever with the Intercontinental Championship and Tag Team Championships both being decided inside the chamber. I’m especially excited for the tag match, which will be the first tag team elimination chamber match (and New Day has already hinted at some three-man pod hijinx). But the tag match will only be the second most exciting match this Sunday, which leads me to the most exciting Good Idea of the month: 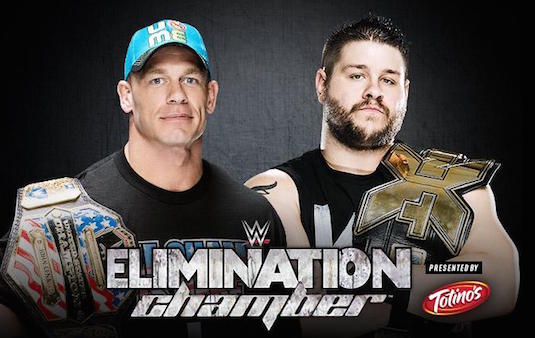 5) Kevin Owens became the most inspirational fat man since Teddy Roosevelt (who, if I was a more portly gentleman, I would find to be quite inspirational). He showed up in NXT late last year and has been a revelation. He combines his unique (read: out of shape) look with a chilling confidence and a fantastically dickish sense of humor. He’s the rare modern heel who tries and succeeds to earn boos from the “smart” fans rather than cheers. A couple weeks ago, Owens became the first NXT star to engage with a main roster star (the biggest main roster star, John Cena) in a way that portrayed the two brands as equal. This is big. 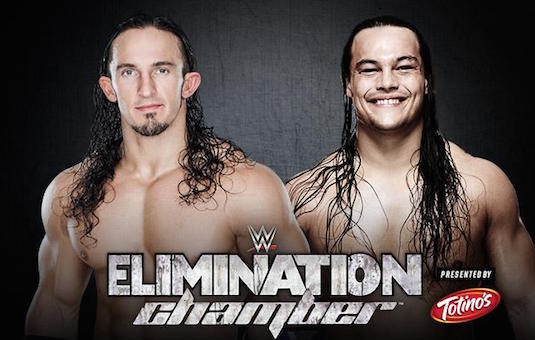 Given the dynamic between Cena and Owens on RAW, their match this Sunday is one of the more exciting match-ups in the last five years. Yes, there’s a chance that Cena ruins him like he ruined Bray Wyatt, Rusev and basically everything he has ever touched. But almost every other possible outcome, including an Owens loss (or win!) due to interference from Samoa Joe, an NXT–WWE melee, or a massacre that sees Cena get stretchered out, would set up the WWE for an awesome summer. I’m just glad the Good Ideas are back, and Sting is gone.

Predictions for this Sunday: