‘Reptilicus’ and ‘Tentacles On Blu-ray From Scream Factory!!! 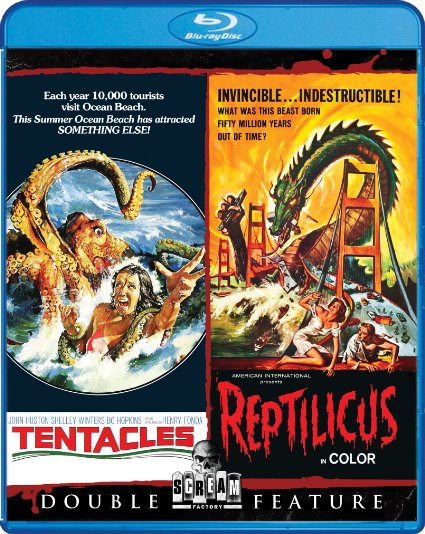 Scream Factory is bringing another classic monstrous double feature to Blu-ray on June 16, 2015, ‘Tentacles’ and ‘Reptilicus‘!!!

‘Tentacles‘  tells the story of people disappearing from and at the sea. Their bodies are discovered gnawed to the skeleton removing even the marrow from the bones. John Huston, Shelley Winters, Bo Hopkins and Henry Fonda do all they can to keep what turns out to be a giant, angry and hungry octopus from taking over their village and turning it into a buffet. Giant mutated animals: Check. Attractive people you don’t want to get eaten: Check. A Never-ending line of victims: Check. This film has it all and in spades and is the first selection for this monster double feature. 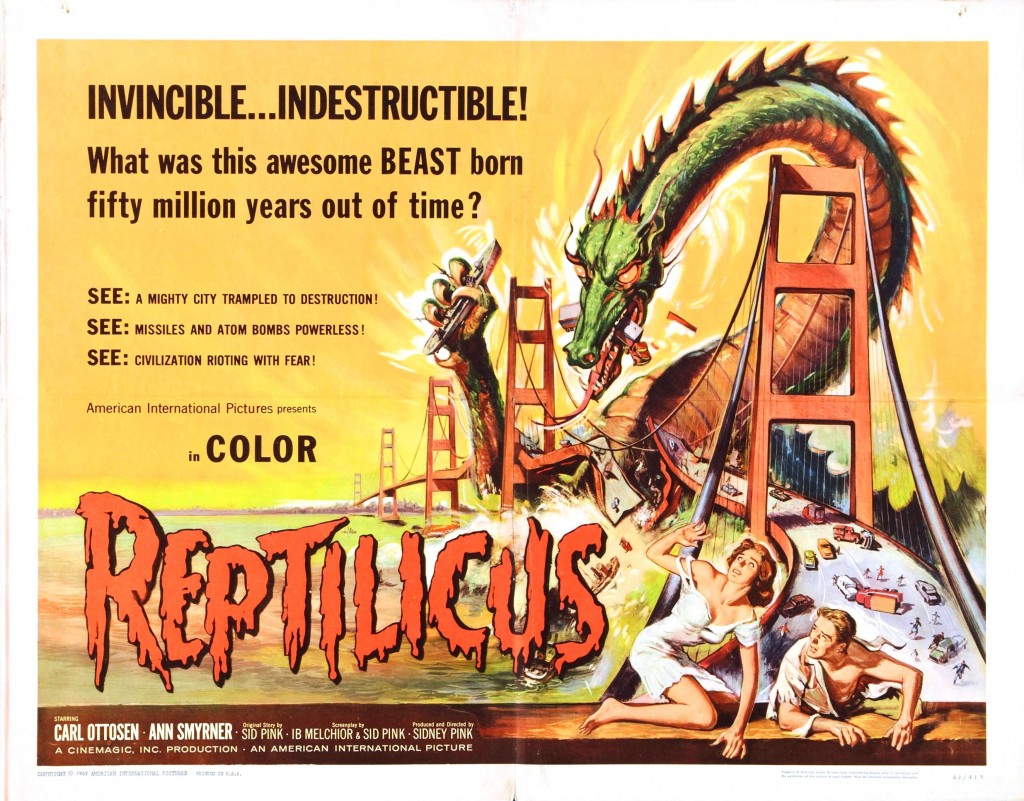 ‘Reptilicus‘ – It’s a spine-chilling creature feature about a cold-blooded 90-foot killer whose time has come, and it began when just a portion of the tail of a prehistoric reptile is discovered in Denmark. It quickly regenerates into the entire reptile which goes on a rampage, destroying buildings and property, generally making a nuisance of itself. I mean it flies, swims, walks and has a full armor of scales that make it more than a little difficult to kill, starring Brent Mejding, Asbjorn Andersen, Povl Woldike and Ann Smyrner.