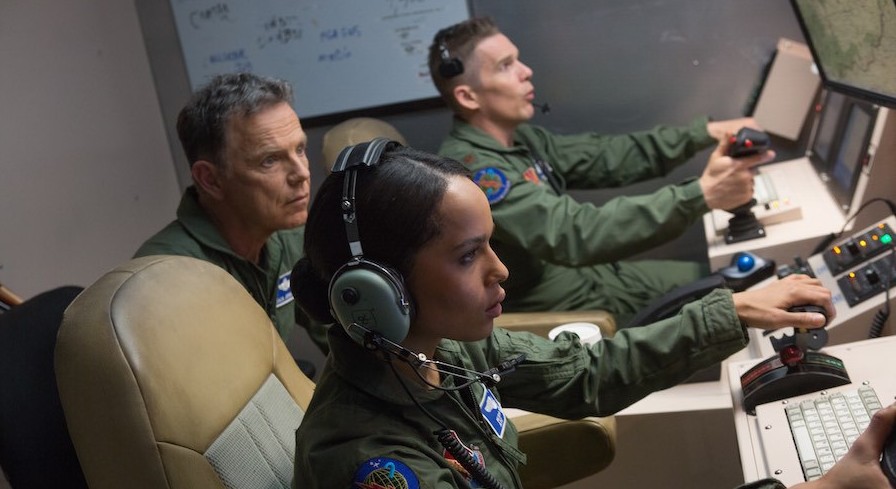 Good Kill opens from a drone’s eye view over Afghanistan.  This reality gives the best manifestation of “Death from Above.”  Seven thousand miles away a pilot guides this miniature death bird.  Thomas Egan (Ethan Hawke) wants nothing more than to pilot a F16 again.  Having originally signed up for a one-year tour of duty with the UAVs, Egan is best in class on his 3rd tour.  Physically back from the war, Egan’s life has been diminished in many ways.  He cannot relate to his wife Molly (January Jones) or the domestic life in Las Vegas.  Egan roams between work and home as though he is on autopilot.  Suddenly the “Christian in Action” (aka CIA) hijacks his team for their covert off the books operations.  The job was hard enough with the long distance assassination of unsuspecting enemies.  Now, the call as to whether the person(s) in their sights are the enemy is taken from them.  How long can they continue?

Good Kill is not a thriller.  Aside from the 8-10 seconds between missile launch and destruction of the target, no real suspense exists.  The whole film is monotone in both speed and mood.  Nothing breaks up the beat.  Psychological play is in effect, but no hurdles are placed in Egan’s path to spurn exponential growth.  Also the husky deep voice that Hawke is trying to pull off falls flat.  I’m sure he was trying to accurately emulate the real Thomas Egan since this is a real story.  It just came across as needlessly phony. 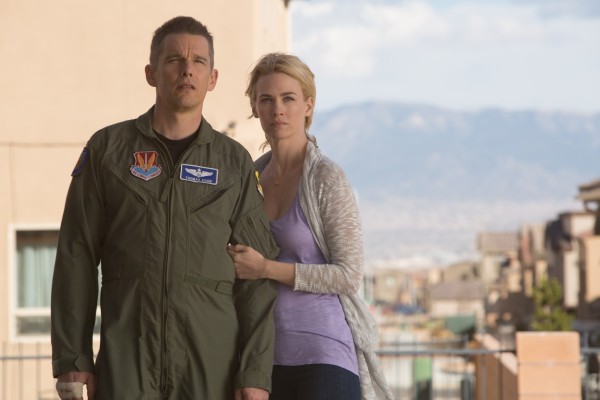 On a positive note, Zoe Kravitz showed depth as Airman Vera Suarez and I expect to see much more from her in the future.  I first saw Kravitz in X-Men: First Class and later in Divergent and Insurgent.  She makes me proud to be so close to five foot high.  Watch out world, the petites are coming!  Another interesting addition is January Jones as Hawke’s wife, Molly Egan.  I’m growing a liking for Jones’ work.  My first exposure to Jones was American Wedding and later just like Kravitz in X-Men: First Class and most recently “Mad Men.”  I have enjoyed her performances, her portrayal of Betty Draper the most although Emma Frost was amazing.

Jones is like the bendable Barbie doll (she moves in poses), but she has spunk and fire when needed.  In regards to Jones’ character in Good Kill, Molly, I just didn’t get her character.  The relationship between Tom and Molly is too abrupt and non-linear.  Perhaps too much backstory was left on the cutting room floor.  Although the inside scoop of the lives and stresses of drone pilots is fascinating.  I believe the concept was poorly handled. 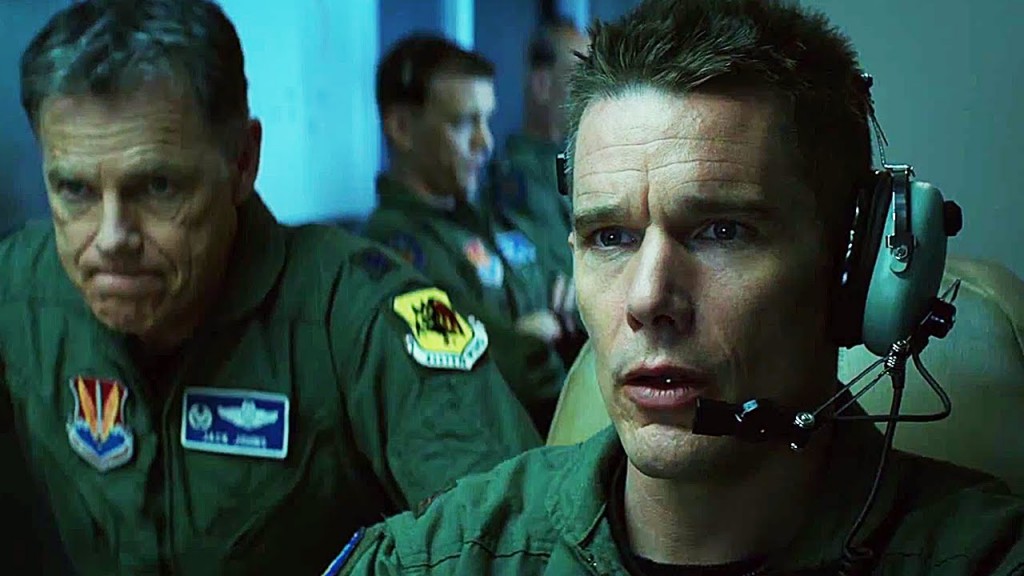 Unfortunately, Good Kill is not a film that I would recommend.  The pace is too slow and the momentum never picks up.  That being said, I have profound gratitude for our service men and women.  The reigns are not often in their hands and they do the best they can to protect us with the limited information they have.  Always honor the men and women that serve our country.  If you choose to see Good Kill, I must tell you that it is in limited release at LOOK Cinema in Dallas beginning this week.