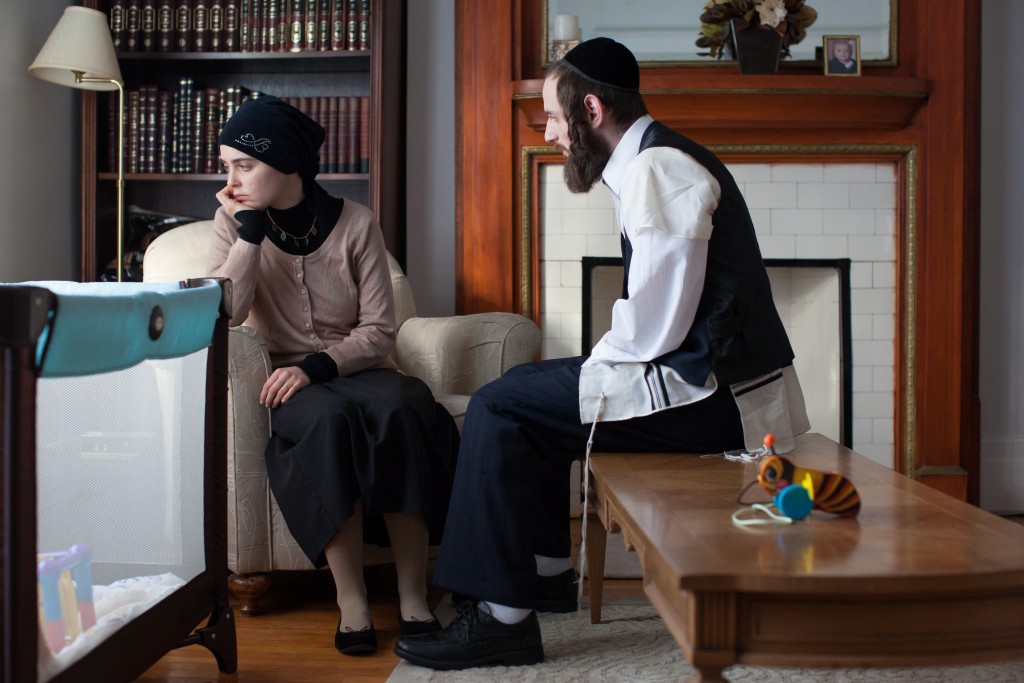 If you are one of the five (ok, six) people who saw If Lucy Fell then you understand the importance of subtlety and symbolism. In that film, Ben Stiller plays an “artist” who struggles with that very concept. All his “art” attempts to relay a message, which he claims hides beneath the surface. The problem is that his message is rather shallow and obvious to anyone with a pulse. To quote his character, it “symbolically sucks”. Felix and Meira, though not a train wreck of a film, suffers from the same problem.

Felix and Meira  tells the story of a secular, single man named Felix (played by Martin Dubreuil) who meets and eventually befriends a bored jewish housewife, Meira (played by Hadas Yaron). The two lost souls share a bond that transcends their different worlds and blossoms into something more.

The problem, as mentioned before, is the complete lack of subtlety. Rather than allow the audience to experience the depression and desire felt by the two main characters, the film chooses to walk us (by holding our hand) through their range of emotions. Numerous times we are treated to characters feigning death and even interacting with various mousetraps (she’s “trapped” in her relationship – get it?!). Towards the end, Meira’s husband even says “Why don’t you play dead anymore to tease me?” Can he really be that dense?! Even the prevailing musical number, “After Laughter” by Wendy Rene beats us over the head with the obvious melancholic tone and message.

The film feels very much like a flipped switch version of Lost in Translation. Instead of the bored, directionless male lead who befriends a free-spirited female, we are treated to a bored, directionless Meira who befriends the adventurous Felix. The film attempts to capture the same spirit that made Translation such a big success, but fails due to a lack of character development. The slow and monotonous pacing helps to establish a similar tone and atmosphere, but the exposition and character creation are just not developed enough to pick up the slack. 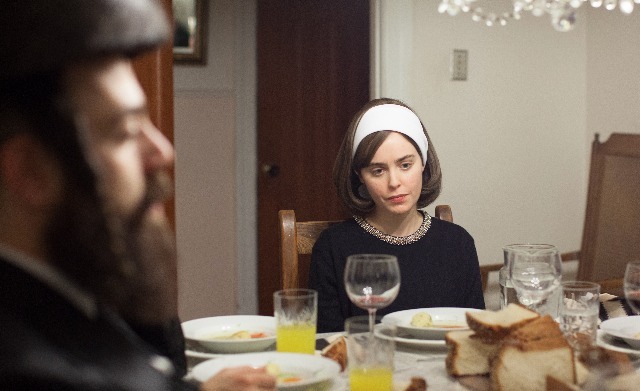 It’s not all bad. The connection between Felix and Meira, though incredibly vague and underdeveloped, seems genuine enough. The Lost in Translation vibe is prevalent and mostly effective. Still, the best thing about this film is the genuine nature of all the characters involved. It would be so easy for a film like this to paint the characters with broad strokes (as they did with the metaphors). It would be easy and convenient to paint Felix as Meira’s savior, and her husband as the villain. Thankfully, this didn’t happen. Meira’s husband, Shulem (played by Luzer Twersky) is not an evil tyrant. He is a clueless man stuck in his ways who genuinely loves his wife and daughter. He simply is unable to relate to her growing depression and ill-equipped to help her deal with it. While these characters seem real, we still know very little about them. The realism of the film extends to the ending of the film as well. Audiences expecting a happily ever after have clearly not been paying attention to the realism that director Maxime Giroux displays. This is a very commendable change of pace from similar Hollywood films.

The end result is a potentially impactful film that falls a bit flat. There is definite charm here, and all the characters are treated with realistic care. However, more effort was clearly put into the film’s overall feel than the development of characters. Because of this, viewers will find it easy to relate to, but difficult to care about the lives of the characters on screen.