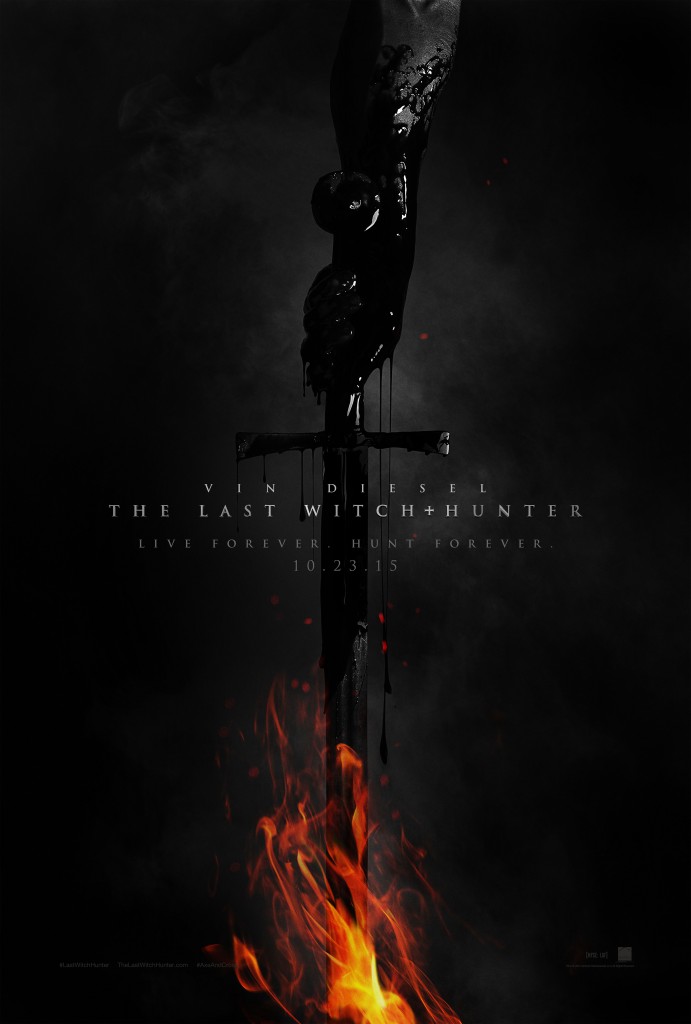 Director Breck Eisner (‘The Crazies‘, ‘Sahara‘) directs Vin Diesel in a role as an immortal witch hunter. He is tasked with the job of coming between the covens of New York City and their goal to destroy humanity by way of a horrific plague. In order to accomplish this he must partner up with a beautiful female witch, something that he thought he would never do.

Diesel headlines a cast of Elijah Wood(‘The Lord of the Rings‘) Rose Leslie (‘Game of Thrones’), Rena Owen (‘A.I.: Artificial Intelligence‘)and Olafur Darri Olafsson (‘The Secret Life of Walter Mitty‘) among others. The film drops on October 23 of this year and if the trailer is any indication of awesome, this movie will be awesome!