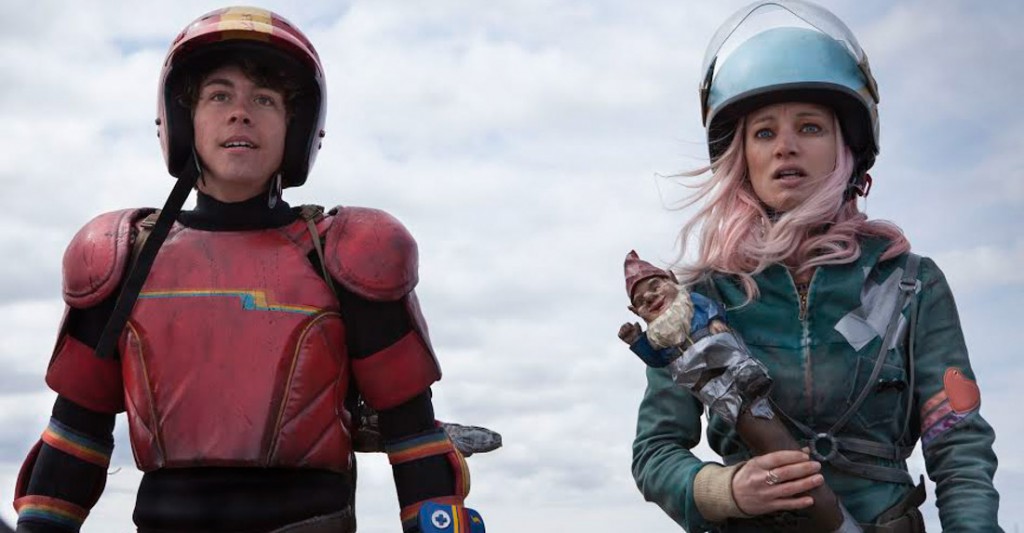 I’ve always wondered what it would be like if someone made a movie that combined ‘Mad Max‘ with some of my favorite 80s and 90s movies. Fortunately for myself and all of you, somebody did. Well, not somebody, but three people named Francois Simard, Anouk Whissell, and Yoann-Karl Whissell all wrote and directed this bloody fun masterpiece called ‘Turbo Kid‘. This is the kind of movie that would have been the “Holy Grail” from me growing up, because it has just about every element I would want in a movie including BMX bikes, super powers, robots, a post apocalyptic background, a John Carpenter-style score, violence, adventure, arm wrestling, and buckets of blood.

Even though this movie was made within the last year, it looks like it was made in the heart of 80s, before mobile phones and the internet. It’s just so nostalgic and full of great references from my childhood that I couldn’t stop smiling and laughing. ‘Turbo Kid‘ is the movie you always wanted to watch on VHS  when your parents went to bed, but couldn’t, because it had tons of bad language and incredibly graphic violence. However, it starred kids in the movie with tons of neat toys. Again, I’m just so happy that I can finally see a movie like ‘Turbo Kid‘ today and re-live what it was like to watch those “you can’t watch this movie” films. 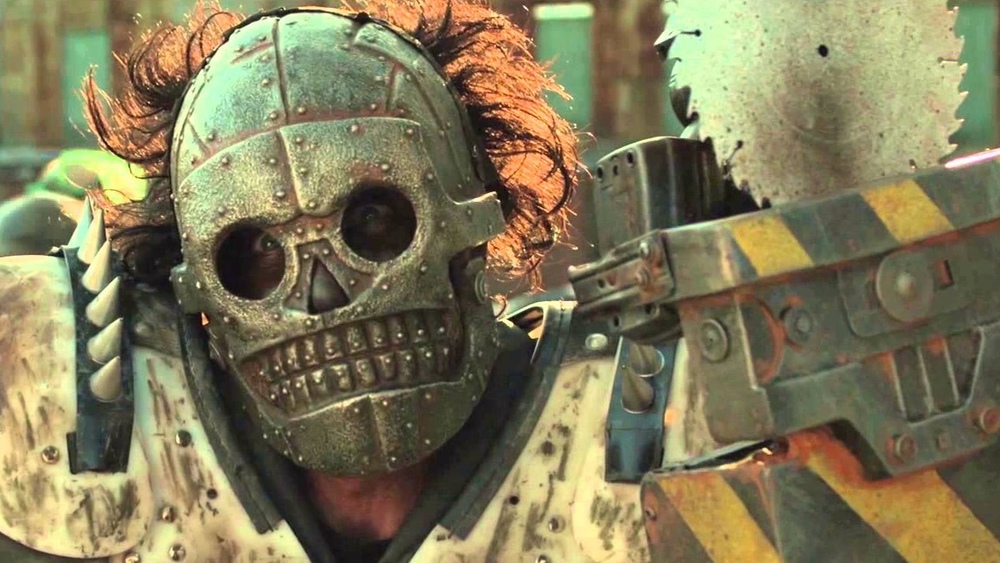 ‘Turbo Kid‘ takes place in the future. Well an alternate future of the year 1997 where Earth is in a post apocalyptic stage of some form of nuclear fallout or natural disaster that has made the planet literally dry, meaning there is barely any clean water to keep hydrated and alive. The survivors have turned into a band of crazy people that resemble the scariest creatures from the ‘Mad Max‘ films along with several other 80s action vehicles, complete with people who wear skeleton masks, eye patches, the skulls of their victims, and even a chick with wild colorful hair who knows karate is thrown in for good measure.

These bad people are run by a man named Zeus (Michael Ironside) who is on the lookout for clean water, but instead loves to kill anyone he comes in to contact with via a treasure trove of sharp weapons. Meanwhile, there is a a young teenage kid who is known as just ‘The Kid’ (Munro Chambers) who has learned to survive by himself in an underground bunker full of 80’s toys and comics in this dangerous new world. The Kid lives in a rough community where people tend to stick to themselves by salvaging the wastelands for trade in food and water, and tend to steer clear of Zeus’s path. 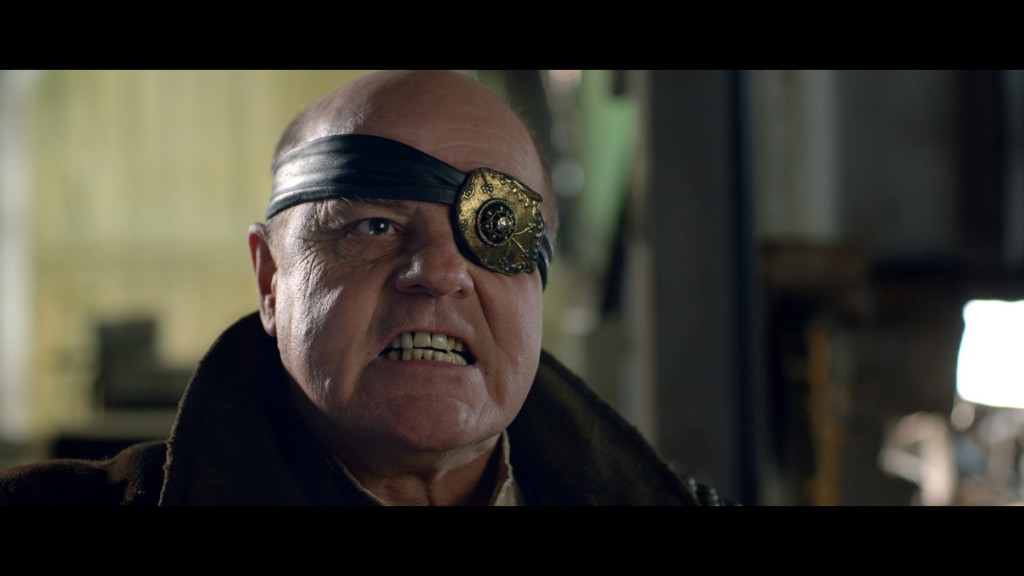 The leader of this community is an arm-wrestling cowboy named Frederic (Aaron Jeffrey) whose manners are far from polite, but still knows good from evil when he sees it. Thus the adventure starts out as Frederic and his posse head out on their BMX bicycles to stop Zeus. The Kid wants to be a part of the “team” to stop Zeus for personal reasons and comes across a young girl named Apple (Laurence Leboeuf), who seems to always be hopped up on 10 pounds of sugar and 20 gallons of Red Bull.

The two kids become a force of justice with the help of a Nintendo Power Glove with magical powers. All alone, these two kids set out to stop the evil Zeus once and for all. ‘Turbo Kid‘ is a hell of a fun movie, packed with great homages to our favorite violent action films of the 80s. The gore is a waterfall full of blood and guts , but is done with a healthy mix of silly and serious situations. I don’t even know how many times I screamed “YES!” when someone was decapitated or their guts spilled out, but it was a lot. 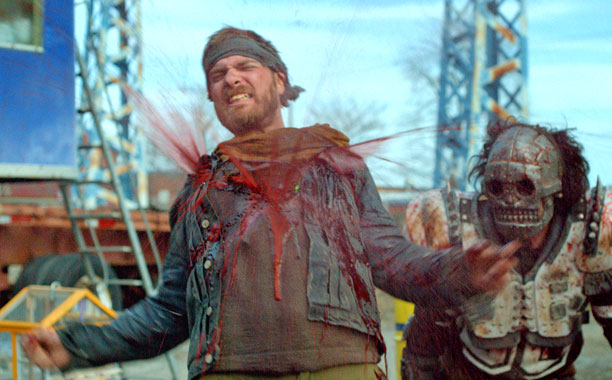 The relationship between The Kid and Apple is genuine and charming. While everyone does a good job of playing an over-the top character of evil, it’s with Leboeuf’s performance that keeps the film grounded and carrying on. I only wish there was more of her character in the film, because The Kid is just your standard uninteresting hero with really nothing much to say. If I had to gripe about something, that’s would it would be, but there are so many other excellent aspects to the film, that it isn’t that noticeable.

‘Turbo Kid‘ is one of those films you will always want to watch late at night with your friends, so that you can relive those days when you were young, riding your bike and going on adventures, where nothing seemed to matter but having a good time with your favorite people.