Back in 1989, the United States used music as a weapon against Noriega. For several days, the Americans surrounded their enemy and forced them to listen on a loudspeaker to the same songs over and over again. Watching Steak (R)evolution just once was enough to give me sympathy pains for the troops of Noriega. In fact, I imagine this film might just be added to the torture device database.

The concept was enticing. We were meant to be treated to a gourmet road trip around the world as the film crew searched for the perfect steak. The various stops in places like the United States, Canada, Japan, France, Italy, and more were a fantastic idea in concept. However, translating that interesting idea to the screen proved to be too difficult a task for this film. 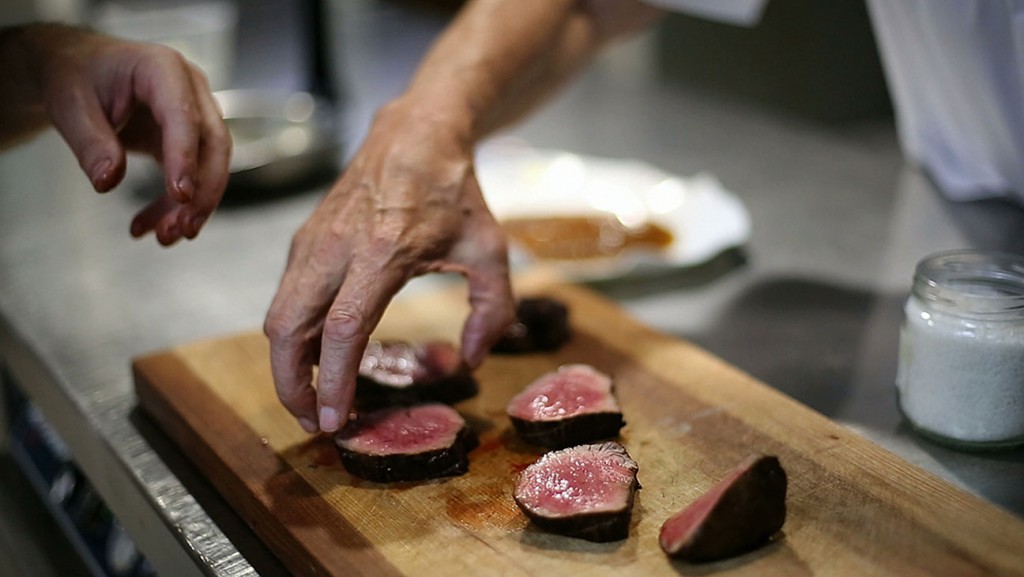 With a total run time of just under two hours, it wasn’t as laborious an experience as constant exposure for days on end, but it sure felt like it. There is little to like in a film that took almost no effort to  produce a cohesive piece of work. The production quality is that of a amateur filmmaker who has just discovered the basic functions of his camera. The interviews are conducted with little focus or style. On top of that, they are done in front of bland backdrops that do little to enrich the already stagnant subject matter.

While documentaries typically don’t have scripts per-say, they still have a planned outline that provides direction. This ensures that the film doesn’t get bogged down on one particular point or meander on random tangents. After only 30 minutes of watching this film, it was clear that this film cared little for following its outline. Topics, like the lengthy discussion on the importance of fat, are talked ad-nosium to the point of annoyance. Then, when the film finally does move on, it eventually makes its way back to the same topics that were already beaten to death.

Of course, every cloud has a silver lining, even if that cloud is more like a hurricane. The film started off with solid purpose – to find the perfect steak. We are treated to a family dinner, a beautiful steak preparation, and what sounded like an overall interesting topic. At first, the subject seemed to revolve around how steaks, specifically in France, had gone down in quality over the years. It was a question that I never actually asked or even cared to know the answer to, but it was nonetheless presented in an interesting fashion. You could feel the film’s passion and his desire to change what he felt was a downward spiral of the culinary art. It was akin to the focus of far superior documentaries like Food Inc. Unfortunately, the film quickly loses focus and starts us on a winding path of narrative ineptitude. There was another spark of interesting story as the film took us to Japan. We saw how different bovine are fed different diets as each culture treasures a different texture and consistency in their beef. This was both a refreshing and welcomed change of pace. Unfortunately, you can guess what happened once this segment ended. 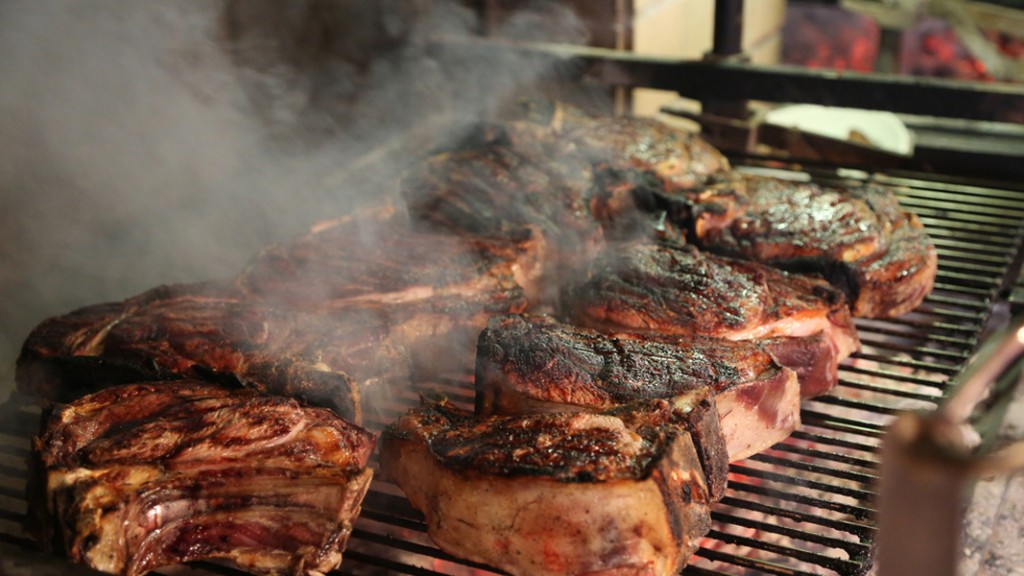 That isn’t to say that this film was incompetent or stupid; far from it. The film had the feel of one constructed by a crew who knew far more than any person would ever want to know about cows, and absolutely nothing about filmmaking. Those interviewed included chefs, butchers, farmers, and historians. But where were the interesting backdrops, the customer opinions, and the mood setting music? All these things would have helped to offset the haphazard pacing and narrative. Unfortunately, what little there was of each was lost in a sea of mind-numbingly dull detail that will likely be lost on the average viewer. The end result is a film that should be applauded for its insanely detailed attention to information while simultaneously slapped for its lack of attention to entertainment. What you get is a film more at home in a school classroom; you know, that old 70’s style with the old projector reel and the teacher that doesn’t care if you enjoy yourself, so long as you soak up the material like a sponge. I’m not saying that a documentary has to be as fun as an action film, but it should rank significantly higher than wanting to watch the paint dry on the wall. This film didn’t. The wall won by a large margin.