This weekend held a pretty great event, no I’m not talking about the most epic Pi day to end all Pi days, but the Kansas City Planet Comicon!!! Celebrities, creators and throngs of fans made the trip to KC to revel in the glory that is and will always be a celebration of all things pop culture and all things très geek. Celebrity guests consisted of Cary Elwes (‘The Princess Bride‘), Michael Rooker (‘The Walking Dead‘), Karen Gillan (‘Doctor Who‘), Stephen Amell (‘Arrow‘) and Scott Wilson (‘The Walking Dead‘) among many others and was a serious draw for fans. Not everyone goes to a con just to see celebs, others view it as a networking event, a place to share their craft or just as a reason to go all out with the cosplay and know they will be among others doing the same. Whatever the reason, fans congregated en masse at Bartle Hall for the weekend.

The event is aptly named because once you step into the hall, you are on another planet. The crowds swell to claustrophobic around tables and the cosplayers that go all out, putting enormous personal cost into a costume just for these events. Even something as simple as going to the restroom isn’t an experience like any other, you will see a female Sherlock come out of one stall, a correctly proportioned Dalek walking sideways from another holding the hoops of her costume up to get through the tight space and you’ll see Harley Quinn’s massive mallet sitting atop a closed door to another stall. I’m telling you, a con is one hell of a party!

In addition to all the above, one of my favorite parts of a gathering of this scale are the creators. The writers, inkers and artists of all kinds that demonstrate their craft for the fans and allow us a small glimpse of their talent. One of the artists on hand was Skottie Young. I’ve admired his work for years and was happy to buy a print and more than thrilled he signed it for me. 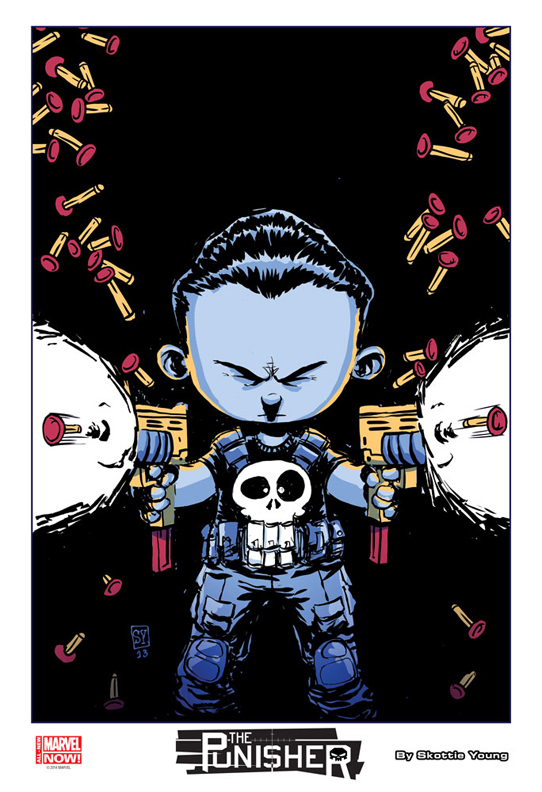 Ryan Ferrier was another bright spot on creator’s row, he plies his wordsmith trade in the world of comics in a rather expert way. He writes ‘Curb Stomp‘ and ‘Sons of Anarchy‘. I had heard SOA was going bubble-lettered but I hadn’t had the chance to pick any up, yet, so I snagged a copy of issue #16 which Ferrier told me was the beginning of a four-episode arc. He also clued me in to the fact that while they’re not exactly spoilers for the series, the comics take place between seasons, if a character is missing from the book you might want to Netflix the series to find out exactly where they are. After reading that issue, I can say I’m a hooked reader! 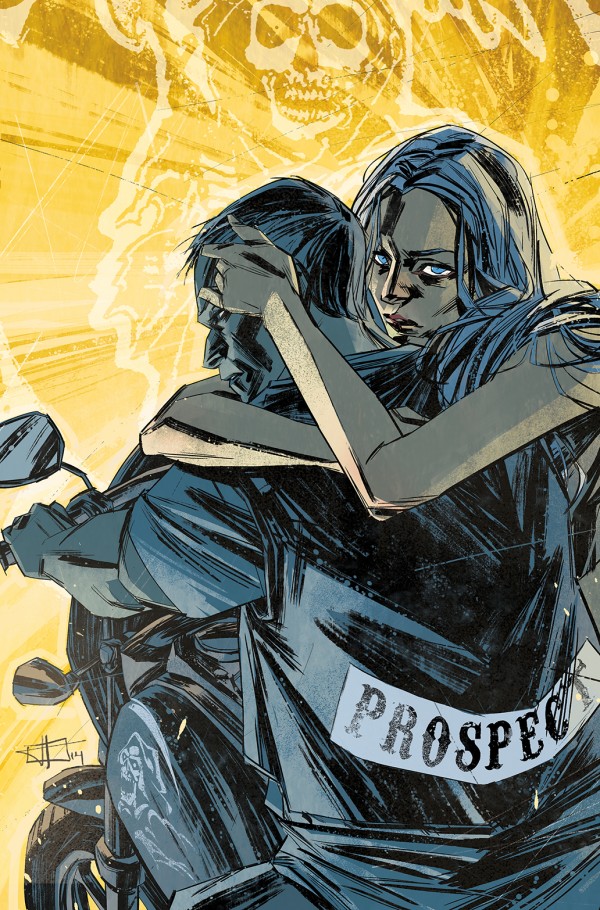 Scott Sackett was another artist I got a few minutes to chat with. He was offering to turn fans into zombies, not with an infection, but with the graphite tip of a pencil. If I hadn’t had to rush through the event due to lack of time, I would have loved to see myself as a zombie! Sackett doesn’t just zombify the masses, he’s a talented artist with work published by GrayHaven Comics and Viper Comics and was commissioned to create a comic book to teach weather safety to Oklahoma’s school kids. Meeting people from everywhere is one of the reasons I love cons and can’t wait for the next one!