John Turteltaub Will Direct the Pilot Episode of ‘Rush Hour’! 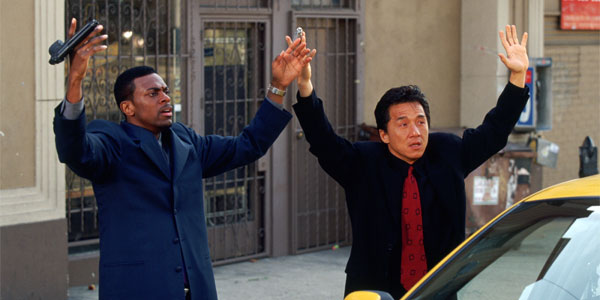 Bill Lawrence is attached to some great series like ‘Scrubs‘, ‘Cougar Town‘ and ‘Spin City‘ and he’s hoping to add one more title to his resumè with ‘Rush Hour‘, a new series based off the hit buddy-cop movie franchise that starred Jackie Chan and Chris Tucker.

The premise will carry over from the big screen to the small screen about a straight-laced, by-the-book police officer from Hong Kong who has been assigned to a case in Los Angeles where he’s paired with a cocky LAPD partner who has no desire for a partner. Chan and Tucker played the salt-and-pepper duo of opposing personalities who use very different tactics to reach the same end results.

Joining Lawrence on the series as writer is executive producer/show runner Blake McCormick and director Jon Turteltaub, director of ‘National Treasure‘, will be leading the new show. Also signed on as executive producers are original film director Brett Ratner and producer Arthur Sarkissian. As if Lawrence isn’t successful enough on his own, he’s married to Christa Miller (‘The Drew Carey Show‘, ‘Cougar Town‘) and she’s incredibly gorgeous and has that dry comedy that makes my lady parts beep, in short, I’d totally do her!