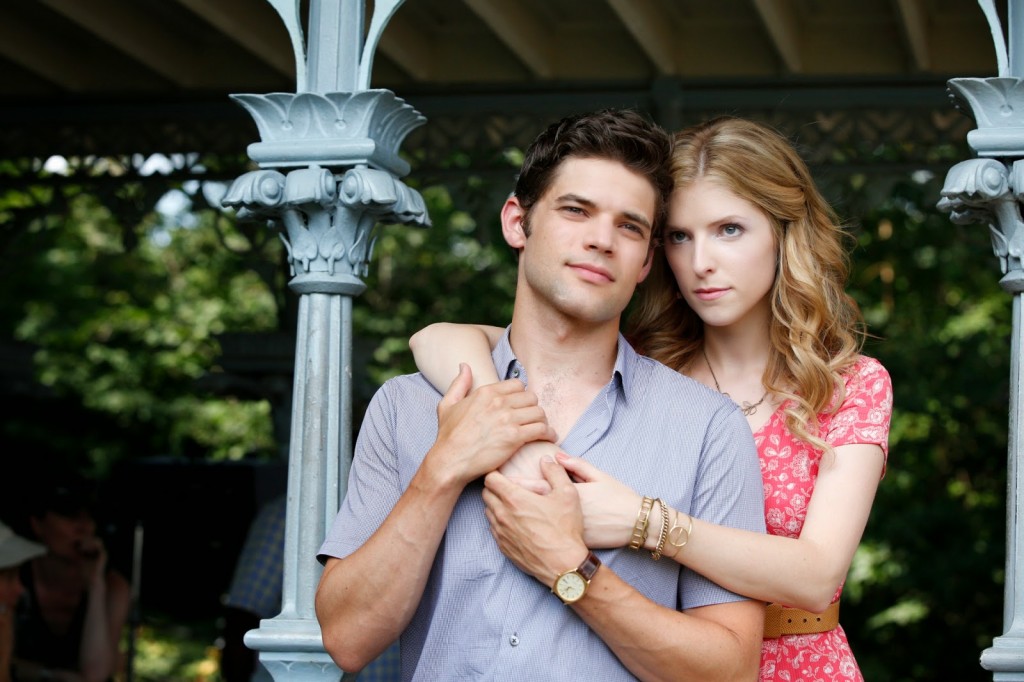 If you like musicals, chances are you’ve already heard of, watched, and bought the t-shirt to Jason Robert Brown’s The Last 5 Years.  Tony award winning composer and lyricist Brown has created what amounts to a musical glimpse of a budding relationship as it grows from infatuation, to marriage, to an eventual end. Due to the unique nature of the film’s construction, the previous sentence is in no way a spoiler.

The film follows the musical rather closely with only minor changes. Audiences are first treated to aspiring actress, Cathy (played by Anna Kendrick), as she laments the departure of husband Jamie (Jeremy Jordan) from her life. The film then bounces back and forth between the end of the relationship and flashback sequences of happier days in their lives. There are no textual clues to let the viewer know when in their lives each scene is taking place. This, however, is actually a non-issue as clothing, hairstyles, and song lyrics all work amazingly well to keep the viewer from being lost. Never once does the disjointed timeline seem confusing or awkward.

Unfortunately, the film fails to really hit the ground running. Instead, the beginning feels flat and forced. Cathy sings about the failing of her marriage to Jamie in what would ordinarily be a rather emotional and moving ballad under typical circumstances. However, given that this is the first song in the film, viewers have no idea who Jamie is or why they should care about this relationship. For all they know, Cathy could be pining over the loss of someone she knew for a week. There isn’t even a face to go with a name. Speaking of names, the lyrics of this opening number are repetitive and grating. The name Jamie is thrown about nearly every few seconds, which gets old quickly in a three minute song. Given the nature of the film’s chronological style, the song’s placement is completely understandable. However, on a first viewing, it is likely to annoy those unfamiliar with the story. Unfortunately, this is a running theme for this film; wonderfully conceptualized concepts are marred by minor missteps throughout much of the film.

Despite keen attention to detail with the chronology of the scenes, there are missteps in the filmmaking. There are numerous spots throughout the film that feel as if they were shot by film students in their first year of school. None are more noticeable than the handheld arc shot around Cathy and Jamie’s characters as they sing to each other during the climax of the film. It seems the camera operator had difficulty with the shot as the camera changes from medium shots to close ups randomly during the arc. The result is a dizzying, disjointed, and distracting mess. Still, the crane shots sprinkled throughout are done with expertly, worthy of commendation. Another distracting miscue is the randomly sparse use of backup dancers with choreographed dance numbers. It would have been better had there been none at all, as this keeps the film grounded in reality. When Jamie meets the publisher for the first time, the crowd behind him breaks out into a very short lived choreographed dance. As soon as they begin, they are finished and go back to what they were doing. The presence of these dancers is so sudden, short, and underused that it just seems silly and only succeeds in taking the viewer out of the moment. There is a moment later when Cathy has her big song about Ohio that the dancers reappear. However, since she is singing on an actual stage with actors and dancers all practicing behind her for an audition, it seems to actually flow with and enhance the goofiness of the song’s content. Add to that Cathy’s natural quirkiness, and you have a show-stealing number. However, the filmmakers should have either committed to keeping the dancers, or left them out completely for the rest of the film as their sporadic presence is too jarring. 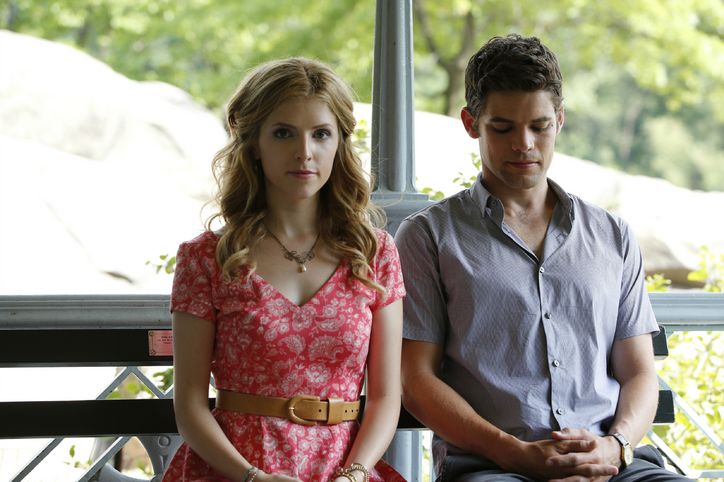 There are numerous positives about the film. The chemistry between Cathy and Jamie is very palpable. You really feel as if they are truly a couple. Considering that they are the only two characters of significance in the film, this is a very important distinction. Had the chemistry between them not worked out, it would have been more noticeable than most other films with larger casts. Not only do they display great chemistry, both actors display wonderful vocal talent. Anna Kendrick continues to impress with her vocal abilities. This is another important plus since there are very few unsung lines in the film. Like Les Misérables, all dialogue between the characters is performed through song. Thankfully, these filmmakers had the foresight to not employ Russell Crow to their cast. The songs are beautifully written to not only add emotion, but to also propel the plot forward, provide exposition, and give the viewer glimpses into the internal and external conflicts that arise as their relationship continues. There are only a few times during the songs that seemed to drag, but they are few and far between.

As previously mentioned, the film’s greatest strength lies in the chronological order with which the relationship is presented. The film begins with Cathy singing her remorse for the end of the relationship. The very next song is Jamie’s exuberant tale of their initial hook-up. The film bounces back and forth between the two lovers as his songs progress in chronological order, while her songs move in reverse from the break up to the beginning of their relationship. As their songs move forward or backwards through their relationship, they eventually intersect in time and this is where the climax of the film happens. However, this clever idea is nearly ruined by the camera operator’s lack of a steady hand as he circles around the lovers drunkenly.   It’s a shame that otherwise minor details that would ordinarily go unnoticed, serve to actually bring down what would otherwise be a wonderful film due to their unfortunate placement.