Collector’s Edition of ‘Escape From New York’ Going To Print!!! 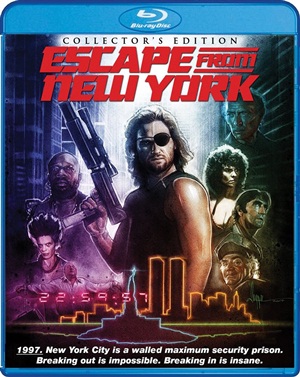 If you’re in the market for the ultimate copy of John Carpenter’s smash cult sensation ‘Escape From New York‘, you have until April 21 to wait! Scream Factory is reissuing a Collectors’ Edition Blu-ray that will leave all other copies in the dust. 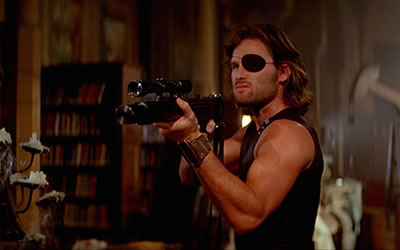 Besides a copy of the sci-fi suspense classic are loads of bonus features and an additional item only those who pre-order direct from ShoutFactory will receive, who will receive their copies two weeks early and an exclusive 18×24″ poster featuring brand new artwork.

In the future, crime is out of control and New York City is a maximum security prison. Grabbing a bargaining chip right out of the air, convicts bring down the President’s plane in bad old Gotham. Gruff Snake Plissken, a one-eyed lone warrior new to prison life, is coerced into bringing the President, and his cargo, out of this land of undesirables. Kurt Russell is Plissken, other giant personalities sharing the screen with Russell are Lee Van Cleef, Ernest Borgnine, Donald Pleasence, Isaac Hayes and Harry Dean Stanton.