Check Out the New Trailer for the ‘Poltergeist’ Remake!! 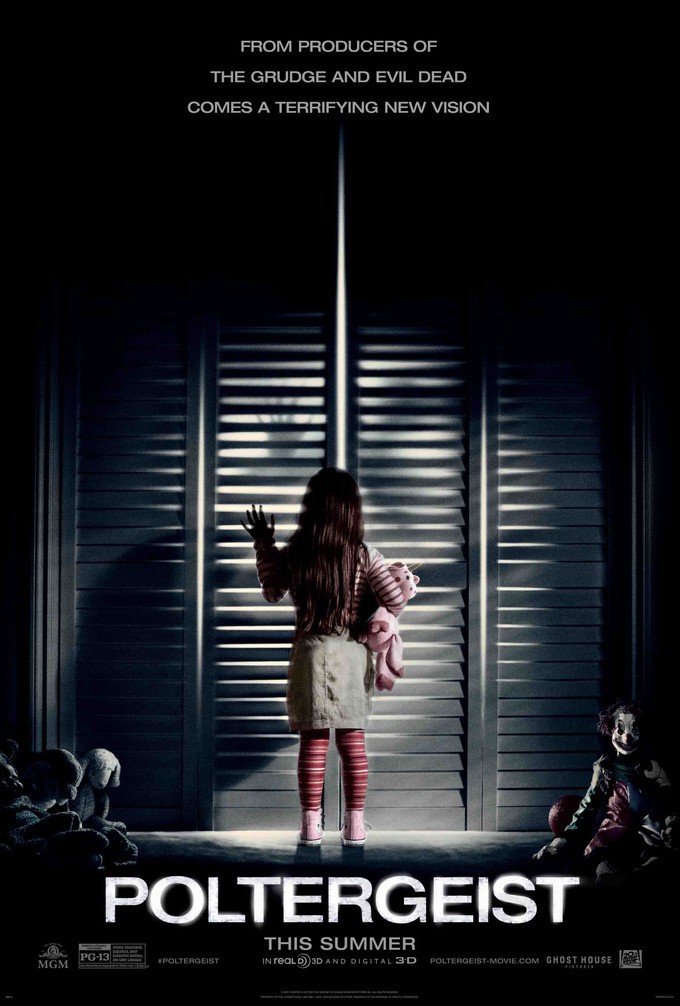 We have been reporting for a while that there will be a ‘Poltergeist‘ remake. Now the day has come where we have a full fledged trailer. Bottom line is that it looks clean, good, with some good scares. On the other hand though, I couldn’t see the “New Vision” (as the poster describes it) in the trailer. It looks literally the same as the original, but updated with mobile phones and newer technology. Don’t worry, the closet, the man-eating tree, and the clown doll show up still.

If you don’t remember, the director here is Gil Kenan (the guy who directed the animated film ‘Monster House‘). The screenplay was written  by David Lindsay-Abaire (‘Oz: The Great and Powerful‘ and ‘Rise of the Guardians‘). Interesting choices. However the movie is produced by Sam Raimi and Rob Tapert (‘Evil Dead‘), so who knows. We might see some gore and hopefully the classic car that makes it into each of Raimi’s movies. Or better yet, Bruce Campbell.

The original film that starred JoBeth Williams and Craig T. Nelson and directed by Tobe Hooper (‘Texas Chainsaw Massacre‘) and produced and co-directed by Steven Spielberg was and still is phenomenal. It was a perfect blend of comedy, family drama, and pure horror. I just don’t know if this remake will keep that vision, which is where the ‘New Vision’ might come in. I’m not knocking the movie by any means. In fact, I’m quite excited about it. I just don’t see the point nor do I see the reason nor new “Vision” in this trailer.

But that’s me. What do you think?