You’re getting married.  This should be the happiest event of your life, right?  Well, what if you have no friends?  What if the people you barely know won’t be there for your special day?  Meet Doug Harris (Josh Gad).  Harris called any person that was in his vicinity as he grew up.  He’s nerdy and chubby and doesn’t have a friend in the world.  For Harris, meeting the woman of your dreams, Gretchen Palmer (Kaley Cuoco-Sweeting – Big Bang Theory), and having her say yes to marriage is more than a score, it’s a miracle to him.  She’s blonde, she’s beautiful, and she has seven bridesmaids.  So, how does a perceived loser matchup with that?  Where is Harris going to get seven groomsmen when he cannot even find a best man?  Enter, Jimmy Callahan (Kevin Hart) a slick talking idea man that can make anyone look good…he is The Wedding Ringer.

The Wedding Ringer is an abs workout of laughter.  Director Jeremy Garelick is a genius because he barely allowed moments to pass without images that demanded an out loud laugh.  Literally, you could not make it through the opening without a laugh that made you jerk in your seat.  I tried to keep my composure, but the laughing would not let me.  It was even harder to focus and take notes for this review.  Wait till you see the motley crew that Callahan assembles to pull off the never before tried Golden Tux.  Loved the reference to The Goonies.  I’m talking laugh out loud funny! 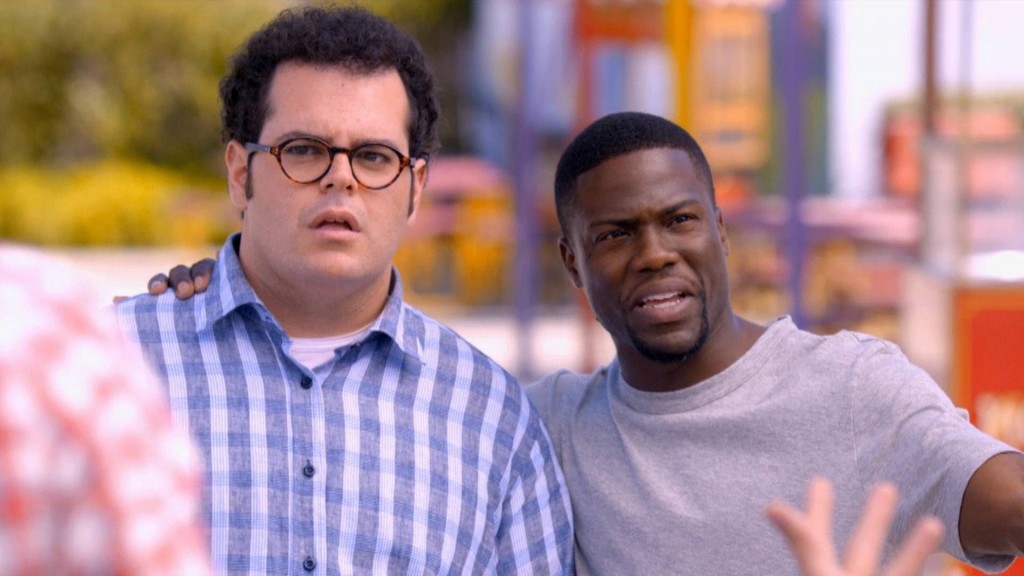 I thought that Kevin Hart was overexposed and his jokes would be old hat.  However, I was pleased to find out that in The Wedding Ringer Hart can still bring the wonderful, gut-wrenching hilarity.  Paired with Josh Gad, these two are the new dynamic duo of comedy.  Gad provides a stable and steady type of humor to the out of control crazy humor that comes with Hart.  I hadn’t seen Gad before, but I enjoyed his performance.  I’ve seen Hart since Superhero Movie and know he’s a entertaining.  I loved him in Think Like A Man.  I look forward to seeing them pair up in the future.

A nice surprise was the hottie, Alan Ritchson.  I hadn’t seen him since The Hunger Games and he is lethally hot.  When he showed up, my lip dropped.  It dropped again when he displayed his two distractions for when he is cornered.  His first distraction could have used more consistency throughout the movie, but his role was smaller so it doesn’t really hurt the plot. 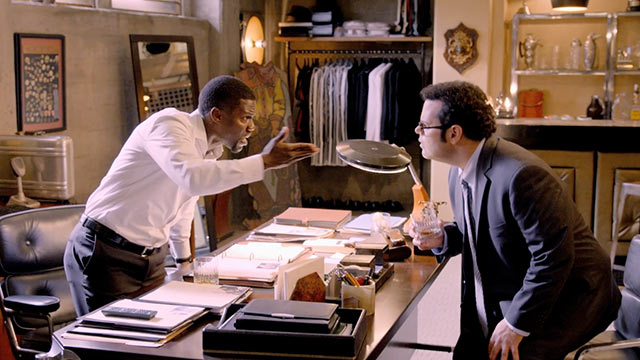 The Wedding Ringer is like a blend of The Hangover (understandable since it was another work of Garelick’s) and Jackass.  I’d add Wedding Crashers, but I thought it was funnier than that film.  Despite the comedy element, real messages are riddled within the film.  The intro and ending direct address recorded with Hart and Gad and then Hart by himself included social media posting pleads that seemed overkill for such an uproarious success.  There is one really gross moment, but it was easy to get over because of Garelick’s superb editing.  Garelick barely gave you time to acknowledge it because he already had you laughing at the next farce.  My stomach hurt so much from laughing by the end of the film.  Want to know what the Golden Tux is?  You have to watch it to find out, no spoilers here.