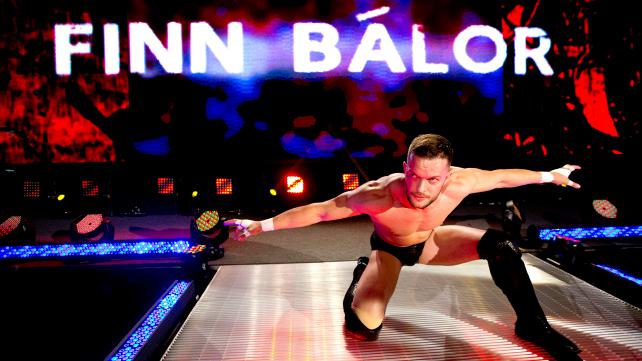 The night was filled with excitement on WWE’S NXT show of November 6. It was a roller coaster of emotions as we witnessed big victories, upsets, and huge debuts. So let’s get this thing started and dive on into this NXT!

Sami Zayn has a reputation for being unable to win the “big one.’ But recently he has been determined to walk his road of redemption and become the NXT Champion. Tonight, this path hits the road block of Prince Pretty himself, Tyler Breeze. The Gorgeous One starts his head games early on as he rolls Sami up for a quick pin attempt first thing. Tyler continues to mess with Sami by attempting to pin him in quick succession, reminding Sami that he is always just a three count away from losing yet another high stakes match. Each man are very evenly matched but Tyler has Sami on the defensive for the first half of the match.  But Zayn will not stay down no matter what Breeze throws at him. The resiliency of Sami Zayn shows through and he is able to surprise Tyler with an exploder suplex into the turn buckle . Zayn then followed it up with a Helluva Kick to the Gorgeous One allowing Sami to pick up yet another win on his road to Adrian Neville and the NXT Championship.

This was a Helluva match (forgive the pun).  The pace began slow but it still kept me interested. As it sped up with quick moves and quicker reversals, I was drawn in even more. There was literally nothing Tyler could do that would put Sami down and it wasn’t from lack of trying. When he hit the Supermodel Kick I thought it was over for Zayn. Sami Zayn picked up the win after a hard fought and exciting battle.  This match gave me everything I could have wanted in a match, excellent technical skill, high risk maneuvers, and the unexpected.

Renee Young is back stage with the current NXT Champion. When asked what he thought of Sami’s match with Tyler, Adrian says that he was impressed by the showing and now considers Sami to be the number one contender for the title  and would be happy to defend it anywhere and anytime Zayn wants. But he isn’t that worried as he knows Sami won’t be able to win the big one.

That Adrian! Such a way with words, complimenting and insulting his friend in the same breath. Won’t lie, as much as I love seeing the belt on Adrian’s waist, I REALLY want Sami Zayn to prove the man gravity forgot wrong.

The crowd was all over Tyson, taunting him with chants regarding his standing with his wife Natalya. But he didn’t let it phase him as he locked up with Dash. Reversal after reversal was made as the two felt each other out and tried to see what the other had to offer.  The Hart Dungeon graduate’s aggression eventually won out as he gained control of the match and unleashed an offensive onslaught that kept Wilder reeling. After desperately getting an elbow to connect with Nattie’s husband’s face, Dash was able to find an opening, and he was able to go on the offensive and was able to land a beautiful scoop powerslam that resulted in a near fall on Tyson Kidd. However, Tyson quickly gained back control with a kick to the back of Dash’s head that was followed by a fisherman’s hook neck breaker that was in itself a set up for Tyson to lock in the sharpshooter. Dash, with nowhere to go, was forced to tap out giving Tyson Kidd the victory!

Very enjoyable match. I admit it was better than I thought it would be. I’m not too familiar with Dash, but I’ve seen Tyson Kidd’s work on the main roster and was not that impressed. This match left me impressed. And now I’m wondering why Kidd does better work on NXT, and is more exciting on NXT, than he is with Nattie accompanying him to the ring on RAW? My conclusion, WWE, LEAVE THE TOTAL DIVAS CRAP OFF RAW!! It’s ruining Tyson Kidd. The man clearly is very talented, but his skill is being over shadowed by needless drama. This match with Dash, was a technical feast for the eyes. The pace was consistent and even the submission holds had an excitement about them.  Tyson Kidd is relevant in NXT, he could be relevant on RAW too. 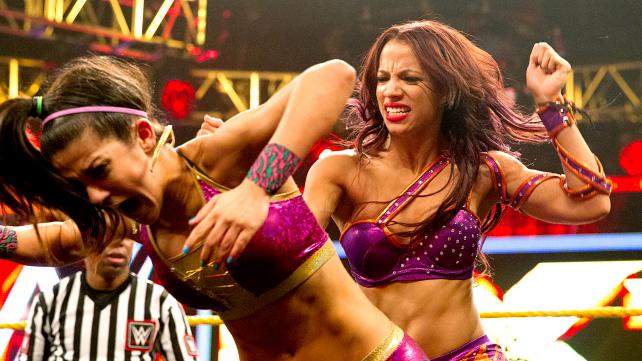 We see a very very upset Marcus lamenting about how everyone is making fun of him for being bald and how “they” did it to him. Can only assume he means Sylvester Lefort, who abandoned him to get his head shaved after he last the Hair vs Hair match with Enzo Amore and Colin Cassady.

Was this REALLY all that necessary? I get he’s upset that he lost his hair, I get that he feels as if he were betrayed by his partner, but does he really have to sound like a dying moose as he whines about it? The segment offered nothing to the show as a whole and if anything, it was the lowest point of the show and this week probably would have been better without this bit of drama.

When asked how he was feeling after his huge win over Tyler Breeze, Sami says he is feeling great. That it feels as if his road to redemption is real and not just a tag line, that he is righting wrongs and beating people who have stood in his way in the past. And now he wants a shot at NXT Champion, Adrian Neville.

YES! YES! YES! YES! So  wanting this to happen. Both Adrian and Sami have amazing matches no matter who they are in the ring with. Sami’s confidence is through the roof, and rightly so. His momentum is carrying him right to the Big One! 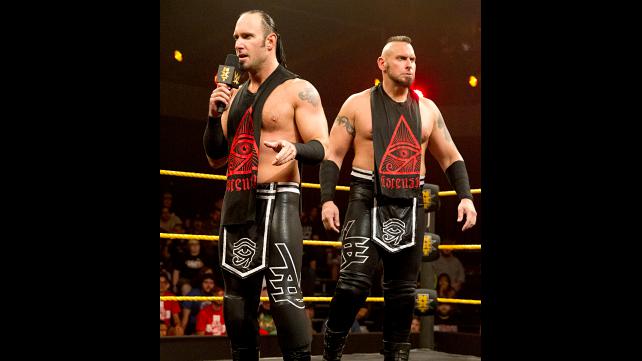 This match was created after Becky betrayed her friend Bayley and joined the Boss, Sasha Banks. The NXT Diva’s Champion, Charlotte joined the fray because she has a deep respect for the happy go lucky Bayley. This match is filled with high emotions and a physical aggression absent in most Diva’s matches that I’ve watched. Becky and Bayley start the match, however Lynch is overwhelmed by the offensive assault from her former friend. Even after Lynch tagged in Banks, Bayley was able to keep up her offensive assault.  NXT Diva’s champion was in a fighting mood as well as she couldn’t wait to get her hands on Sasha Banks, and at on point, flipped Becky into the ring by her hair.  Becky Lynch was not able to mount any offense against Charlotte until Banks got involved and provided a distraction.  But the will of the NXT Diva’s champion would not let her give up as she fought back and regained momentum. Bayley gets the tag back in and looks good till Becky sees the opening she needs and takes back control of the match. Sasha tags in and the beating continues on Bayley. Banks dominates Bayley and mocks Charlotte for good measure. Sasha and Becky display great team work with quick tags, keeping the fresh woman in. Their offensive momentum continues even after a brief offensive suplex from Bayley to Sasha. Bayley opts to go for a cover and not tag in her partner. The decision ultimately ends up costing her the match as Sasha is able to get to her feet first and knock the champion from the apron. Bayley attempts to roll Banks up for the pin, but the Boss rolls through and reverses it and picks up the pin fall by holding the tights.

This match right here is what Diva’s wrestling should be! It wasn’t prefect, some of Becky’s work left a bit to be desired but it was a match that one typically doesn’t see when women wrestle. There was an edge to it that one typically only finds in the men’s matches. These four women gave us a very exciting match that pulled you in and demanded to be watched.

William Regal is informed that Adrian and Sami want to face each other next week and he is asked if that is a match that he would sign off on. Luckily, Regal does what’s best for business and makes the match official! NXT Champion, Adrian Neville VS Sami Zayn!

Anyone know how to time travel?? I want it to be next week now! This match is going to be amazing. Sami has so much to prove and Adrian has to back up his words to make sure that he is not just another stop on Sami Zayn’s road to redemption. When these two men clash, magic will happen! 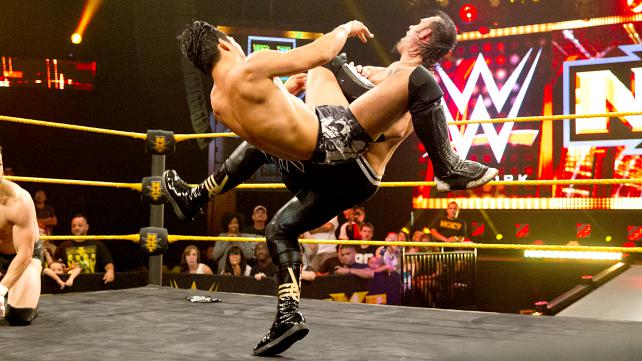 Since his debut, Hideo Itami has been targeted by the Ascension. And tonight, Hideo promised he would bring a friend that would even the odds. Konnor and Viktor, confident as ever, called out Itami and the angry Japanese man did not hesitate to answer. His glare turned into a wicked grin as his friend, none other than FINN F*CKING BALOR, came out. They wasted no time in charging the ring and coming to blows with the Ascension.  Konnor and Viktor were overwhelmed and quickly fell to the explosion of blows dealt by the smaller men. Running corner drop kicks, diving double foot stomps, more kicks than could be counted was all it took to decimate the longest reigning tag champions in NXT history.

FAN GIRL SQUEE!! Are you kidding me!!What an amazing debut. Hideo and Finn are a dream team. The moves both can pull off and the electric energy both men possess make them impossible for you to take your eyes off of them. You want to watch them just to see what they will do. Their speed and athletisism so impressive, at times I’m afraid to blink because I know I’ll miss something. The way they used this to gain the advantage over Konnor and Viktor left me impressed and hungry for more.

Great show! The amount of entertainment NXT is able to put into a one hour show is impressive. There was not a match that did not keep me interested and seeing how Tyson Kidd was in one of them, that’s saying something. The only negative thing I have to say is that Marcus Luis segment was a big of a joke. I can’t take a guy seriously that sounds like he’s doing his impression moose trying to find a boyfriend. That being said though, I am counting down the days till next Thursday.