‘The Doctor and the Devils’ Blu-Ray Review!!! 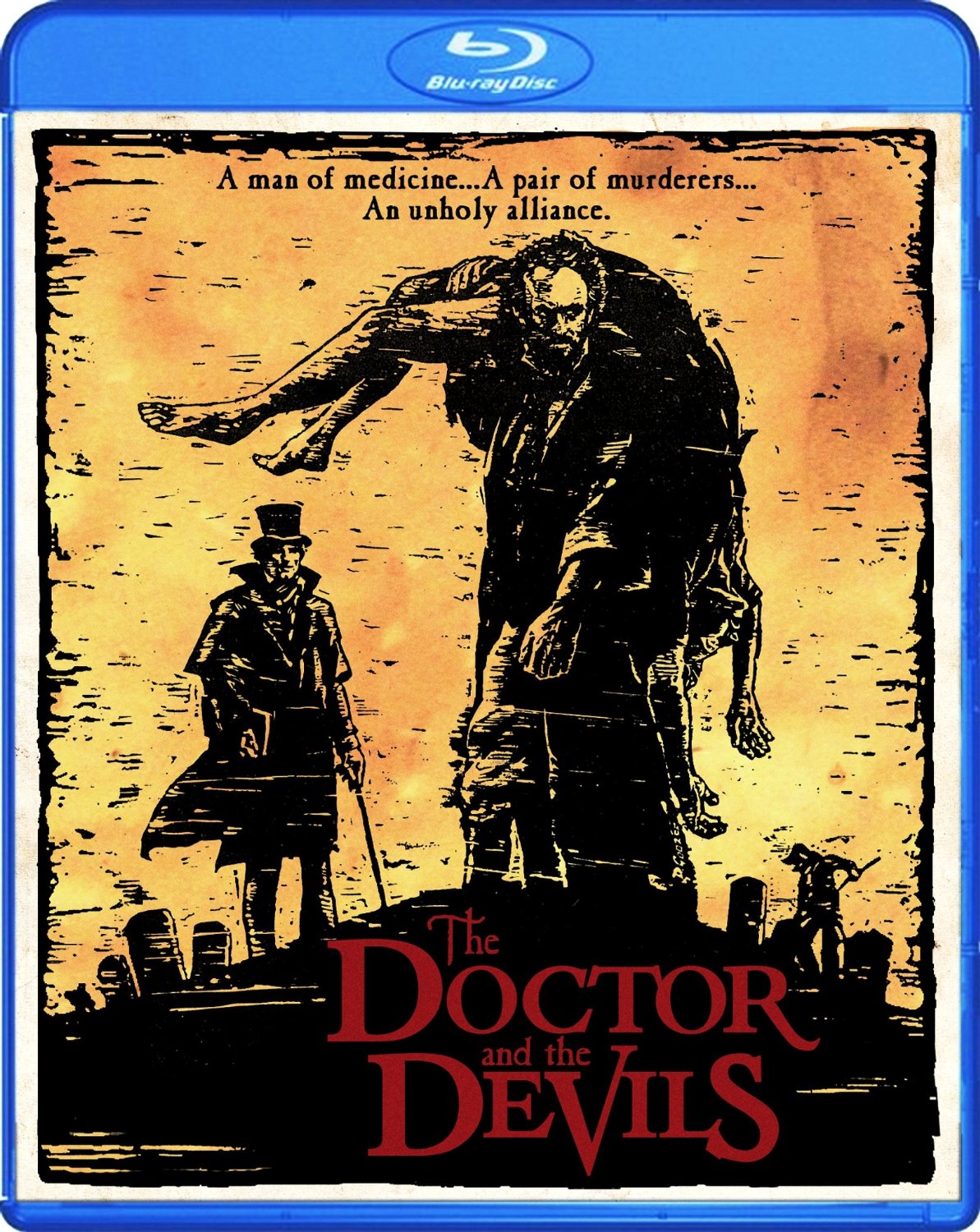 ‘The Doctor and The Devils‘ is a gothic thriller from the same production company that issued ‘The Fly‘, ‘Spaceballs‘ and ‘Robin Hood: Men in Tights‘ – Brooksfilms. Until I researched a little for this review, I didn’t even realize Mel Brooks‘ company made anything other than the classic hilarity his name automatically recalls. Brooks picked up the script from legendary poet Dylan Thomas, wherein the story of true life grave robbers, Burke and Hare is told. Maybe it was Brooks’ success with ‘The Elephant Man‘ that led him back to the surgical-experimentation game, whatever the conditions were, ‘The Doctor and The Devils‘ did not receive the same praise. 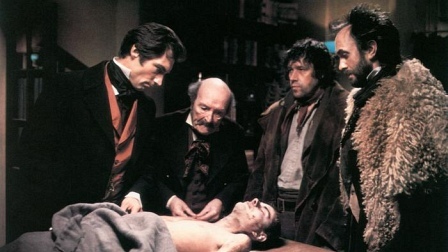 The cast is a veritable who’s who in the acting world. Leading the players is Timothy Dalton, filling out the main cast are Jonathan Pryce, Stephen Rea, Julian Sands, Twiggy and Patrick Stewart. Dalton plays Dr. Rock, a doctor frustrated by the limits of early 1800’s teaching aids available to properly educate his students on human anatomy. He begins to reach out to some less-than savory characters for cadavers. He begins to suspect his suppliers are behind the mass grave robbing taking place. The Burke and Hare characters, Fallon (Pryce) and Broom (Rea), have one trouble with their business model, the dead aren’t piling up fast enough to keep them in drink.

The pair search out the almost-dead and aid them in achieving their final sleep, when that avenue dries up, they turn to cold killing. In seeking out their next body, the pair with a moral deficit only have one requirement- they can’t be missed. Dr. Rock receives criticism and questioning from his assistant (Sands) about the despicable ways the bodies are procured. This places Rock in between a rock and a hard place, not wanting to appear the lesser when compared to a competing medical school led by the gorgeous-at-any-age Stewart.

Brooks employed Freddie Francis as director for this piece based on his work as director of photography for ‘The Elephant Man‘. Ronald Harwood revised Dylan Thomas’ script and is responsible for the finished piece.

Presented in 1080p High-Definition Widescreen with a 2:35:1 aspect ratio coming in at 93 minutes from Shout Factory. The master film is 30 years old and in parts of the transferred video, you can tell. By no means, is it something that detracts from the film, just a bit grainy in portions and an almost tea color wash over the whole piece.

The audio is DTS-HD Master audio 2.0 Stereo mix with English subtitles which is always a huge plus for me, especially when the accents are a bit thick helping me to grasp the vernacular.

The special features include a commentary with author Steve Haberman, an informative interview with executive producer, Mel Brooks, Jonathan Sanger and Randy Auerbach and the original theatrical trailer. Overall the extras provide a little historical background and the reason Brooks kept his name from being advertised (It may or may not be about fart jokes. It is.).

The overall product makes it feel as though you’re watching is through a pair of whiskey goggles and that works here. This has a dirty feel that makes you want to wash your hands of graveyard soil. The dialogue can feel a little dusty but it’s easily overlooked when you take into account the fact that it’s based on a true story. The upgrade is worth your cash if you are committed to watching and/or owning every film Timothy Dalton or Patrick Stewart are in, or if you are obsessed with the Burke and Hare murders. Aside from those, rent it, it’s worth watching once.