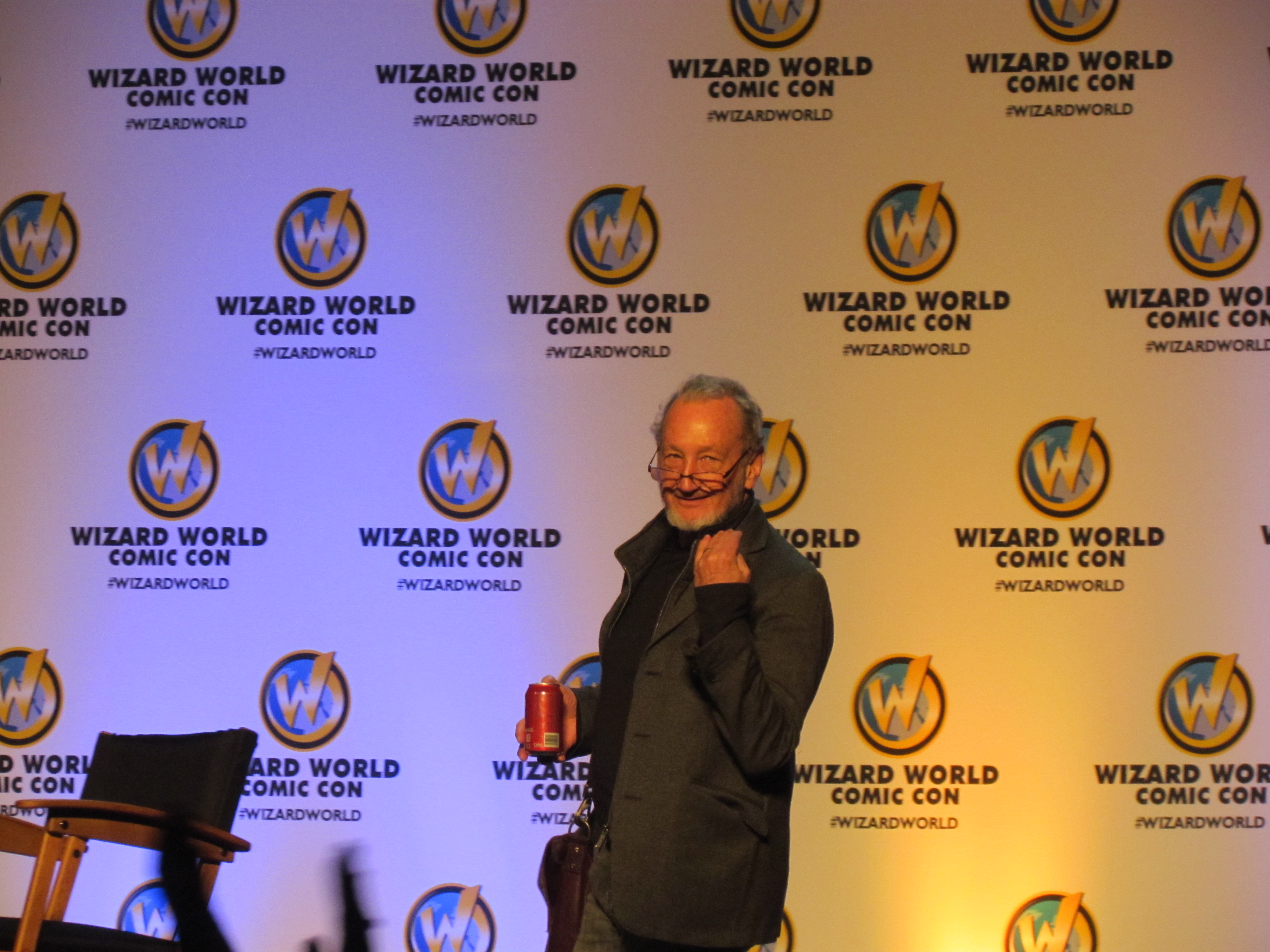 For the inaugural event of Wizard World’s Comic Con in Tulsa, Oklahoma, the guests were in abundance. I was extremely excited to sit in on a panel Q&A by Robert Englund. Before Englund took the stage, the audience got a special teaser for his newest film, ‘Fear Clinic‘. The film which doesn’t open until February of 2015 can be seen earlier if you are fortunate enough to be able to attend NYC HorrorFest where ‘Fear Clinic‘ will be the official opener.

When Englund took the stage, he looked every bit the classical teacher, and to fans and co-stars, he has been a teacher, a wealth of knowledge of how to make it in the acting world. Now for the meat of the panel, the fan Q&A. I was stoked to be there that I took so many notes during the event, I’m just going to summarize Englund’s responses as we go.

Fan – Have you ever had a nightmare about Freddy Krueger?

RE – Only once, it recurred every 4-6 months, it was only an image but I can remember it clearly. We were doing a Sunday night shoot and I was in my trailer after makeup, I took a short nap, when I woke up, I forgot that I had the makeup on, I stood up and glanced in the mirror and was shocked by seeing a disfigured bald man staring back. It was like a Marx brothers routine from hell.

Fan – What is your worst nightmare?

RE – If you look at me now I’m a boring surfer and actor, I’ve been around the world probably 25 times, but my biggest fear is being backstage, in the dark and I hear my cue only to forget my line. I go backstage to find my script and it’s gone, then I’m called on stage and forget my line, it’s a great loop.

Fan – What was your favorite shoot?

RE – Shooting with Melinda Clarke, Doug Bradley and myself in Spain recording ‘Killer Tongue’. ‘Snatch’ was recording in the area, and the boys from that film were always hanging around outside. I remember looking across to Melinda in her penthouse and Doug while he was in his.

RE – It changes. Brian De Palma’s ‘Sisters’ was great, that was my favorite mad scientist, he ultimately cuts conjoined twins apart to have sex with one of them. It was full of artistic kills and imaginative deaths I hadn’t seen before. ‘The Turn of the Screw’, , the Swedish ‘Let The Right One In’. I love Guillermo Del Toro because he uses kids as witnesses, ‘Rosemary’s Baby’. If I recommend something now, it was be ‘Penny Dreadful’ on Showtime. I think I’ve figured out what they’re going for,  think about it, what if the pharoahs were vampires?!  ‘Penny Dreadful’ is like a Tim Burton image coming alive. (RE sings “These are a few of my favorite things”, as he heads back to chair.)

Fan – What made you audition for Krueger?

RE – I was busy on ‘V’ had a bad 80’s perm, it was the only thing that fit into my schedule. I was 170 lbs of muscle and surfer tan and to cover some of the tan, I rubbed some ash from a friend’s cigarette around my eyes, took the dipstick from my old Datsun and and ran grease on my hands that I slicked my hair straight back with. When I got inside I washed my hands and waited my turn. When I went in, I played the blinking game, Wes told me his source of inspiration for Krueger and I just stared at him without blinking. That’s probably how I got the part. 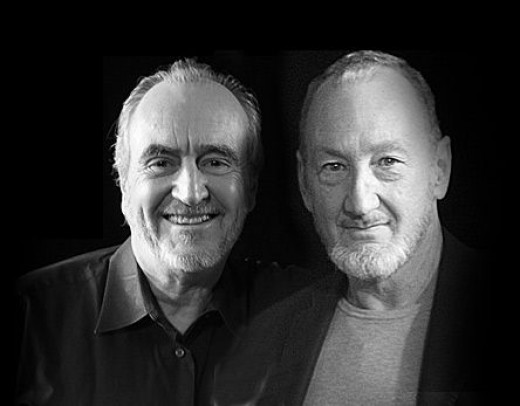 Fan – What was it like working with Wes Craven?

RE – He’s just a big kid. I was expecting someone that looked like a warlock, but he looks like a preppy, handsome combination of Don Quixote and Ralph Lauren. He lives in Steve McQueen’s old house and he’s always got the coolest new coffee table books over any subject, he has great taste. Craven is like a 14 year old boy on set, he’s always making puns and he can rewrite the script on set with ease. He could fix a scene and make it fit in your mouth. You really get spoiled working with him. I think it was at my apartment, Wes and I were watching ‘Saturday Night Live’ and I think he peed his pants because he was laughing so hard.

Fan – What does it feel like to see another actor as Freddy Krueger?

RE – The only reason for a remake is because there is new technology introduced to tell the story better: It’s not because filmmakers are greedy, lazy or stupid, there are only so many stories out there. This generation has great access to obscure, little indie films. Where the remakes go wrong is they’re remaking things too fast. I think they need to look further back for inspiration, to the 50’s where they have little, nasty detective stories.

Some of Englund’s remarks were that he misses playing uber nice guys like Willie from ‘V‘. As his face ages, he’s not the cute boy anymore, he’s a different age, weight and presence now, kind of like a cross between George C. Scott and road kill. It’s good to play the bad guy, because of my appearance, the bad guy can stay hidden longer, I’m happy where I am.