Netflix has cannonballed into the original series pool with ‘Orange Is The New Black‘ and ‘House of Cards‘. Turns out that was just a splash of what the SVOD had planned. We’ve seen the announcements of original movies that are being produced solely for Netflix, or being premiered in IMAX and Netflix simultaneously. 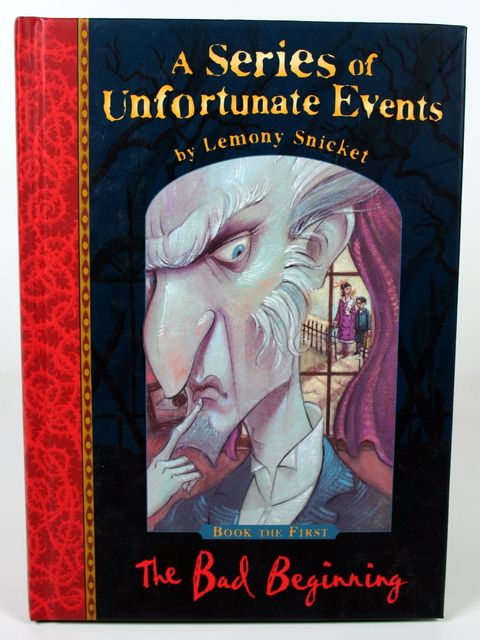 Netflix is by no means done with the onslaught of original programming they plan to produce. The newest title that is up for series adaptation is Lemony Snicket’s ‘A Series of Unfortunate Events‘. Lemony Snicket is the active narrator of the tridecalogy or 13-book series that details the turbulent lives of Violet, Klaus and Sunny Baudelaire after their parents’ death in a purposeful house fire. After the death, the children were entrusted to the care of their distant cousin/uncle Count Olaf, who tries to steal their inheritance. The kids are removed from his care but Olaf is not done with his attempts to steal their riches and ends up becoming a serial killer in his attempts to get rich.

This is one series I could never get into. I haven’t read the books and I didn’t watch the Jim Carrey film in 2004, however, there are a lot of people that did. Netflix is hedging their bets in that direction with this undertaking. There is plenty of fodder to keep this series going for a long time which makes this a smart bet. The most recent title Netflix acquired before this was ‘Richie Rich‘. While the ink on Adam Sandler’s contract is still drying the network is making it clear that it is appealing to fans of all ages. I’m sure this isn’t the last we’ll hear from Netflix.