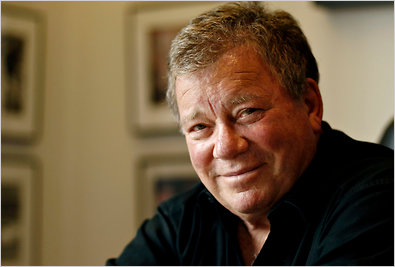 I had the pleasure of sitting in on William Shatner’s panel on Saturday 11-8-14 that included a Q&A with fans. He was a remarkable speaker, very engaging with the audience and truly loved the chance to be there. The ballroom his panel was held in was packed to capacity with every manner of attendee imaginable. When he was introduced, there was an electric buzz in the room that was entirely palpable. The hype was broken only when he was announced as a musician. Once he took the stage, he seemed in his element, comfortable and right at home. He jumped directly into fan questions.

First question asked what his favorite prank he ever pulled on someone was. He laughed as he remembered it then told us the story. During recording for ‘Star Trek‘, DeForest Kelley and Shatner had gotten into one of those late night, intimate conversations where they both were more open about things in their lives. Kelly confessed that he was worried about how quickly he is aging and was worried his memory would begin failing. Shatner began stalking his co-star as if he were a deer. Watched where and what he ate and at what times.. He noticed that every morning he would toast a bagel for breakfast. One morning, he saw Kelly near the toaster putting his bagel in the machine, Shatner asked Leonard Nimoy to distract Kelly so Shatner could sneak to the table and take the bread from the machine. The toaster popped and Kelly turned to find his bagel gone. Distracted and aggravated, he sliced another bagel and purposely watched the bagel go into the toaster. Once again, Shatner  employed Nimoy as distraction to take his bagel again. The machine chimed and Kelly angrily looked around for the whereabouts of his breakfast. Shatner ran out of places to hide the bagel so he began shoving as much into his mouth as quickly as he could. Kelly spotted him and angrily spent the next few weeks avoiding Shatner. 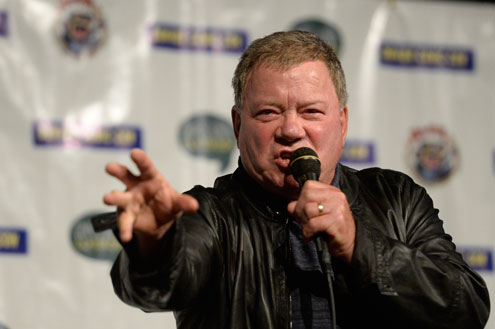 Then he was asked what the weirdest thing a fan has done or said to him. He began telling the story of his performing at a hotel, he arrived to his room, unpacked, then left for the theater. He comes back to his room and discovers all his underwear is missing. The phone rings and a girl is on the other end saying “I have your underwear”. She says she won’t give them back unless he signs something for her. He tells her to come to his room. She makes it to the room and to his surprise uncovers one of her breasts for him to sign. Of course he obliged. 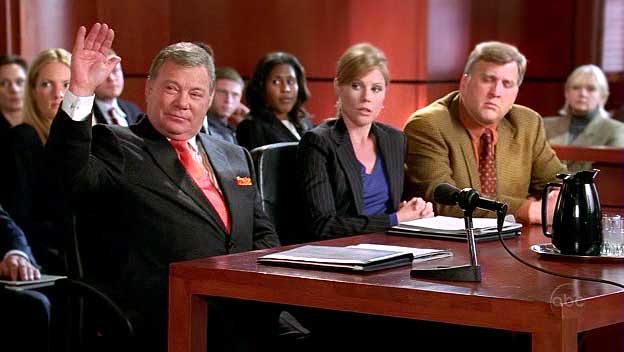 Shatner told us why he was nervous about doing first ‘Star Trek‘ convention and how things changed for him. When the first one came around he was confused as to its purpose. He’s thinking that the show has ended, why would people still care to do something like this. When the opportunity came around again, he realized that there were 15,000 people that got to go. He goes on-stage, but what does he have to say? He doesn’t want to appear foolish in front of that many people, but he’s nervous and can’t come up with anything to say. That situation inspired  him to do the one man shows and gave him the confidence to entertain a stage full of people. As he’s grown older, he’s learned to enjoy every moment and the opportunities that come with them.

Next project he’s very interested in taking on is a show marking the 50th anniversary for ‘Star Trek‘ next year. He is hoping to produce and direct the program. He would like to have 7-9 minute segments of the ideas that encompassed the trek world, the race relations, the bi-racial kiss and technology unique to ‘Star Trek‘. He would love to show the program at conventions then discuss the topics with the audience.

Shatner is very grateful to his fans and has discovered fans that were inspired by James T. Kirk in their lives. One man was inspired by him to become a lawyer. The actor appreciated the fact that he was inspired by Kirk to grow up to be Denny Crane. Crane is Shatner’s character from ‘Boston Legal‘ who is a lawyer. The star then reminisced a project he was involved in that required a lot of airplane travel. His travel budget was more than the entire budget for the venture. Shatner called a Canadian airline and asked to speak to the CEO. He introduces himself and explains the need, the CEO gives it to him without hesitation. Upon getting on the plane, Shatner speaks to CEO in person. The CEO explains that it was Kirk that inspired him to become an aeronautical engineer and loaning him the plane was his way of paying that back. 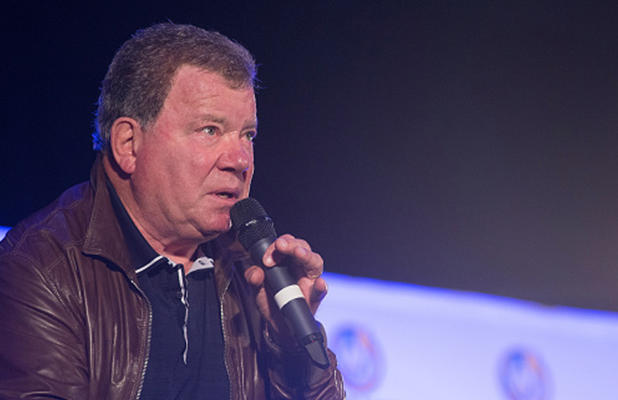 He ended the panel by giving us the hope that he will be in a ‘Star Trek’ 3 if the part is written in a way he would like, he’s been in talks with JJ Abrams about his participation. He would like a scene that depicts Shatner and Nimoy as the older version of the characters who would be in a scene with their younger counterparts, Chris Pine and Zachary Quinto. The foursome would be sitting around a table discussing the future.

His panel was completely informative, Shatner was a pleasure to hear and hopefully we’ll see that ‘Star Trek‘ 50th anniversary special with Shatner back at the helm.