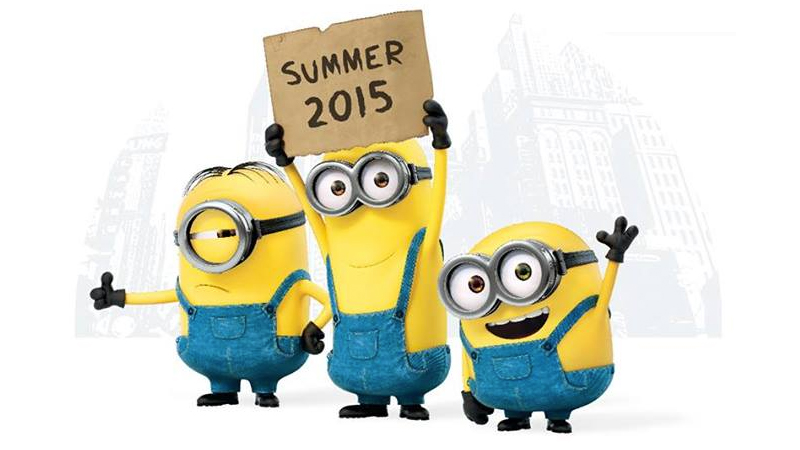 If you have managed to survive this long without knowing who or what ‘Minions‘ are, you lead a sad life and I pity you. This could also mean you have no children in your life and you, yourself are not a fan of animated kiddie fare. Either way, I want to ask “Why are you reading this?” Don’t go anywhere, I’m glad you’re here. This is something I’m excited to share with you. Minions are fantastically hilarious little denizens that have existed since the beginning and their sole purpose is to serve the most ambitious villains they can find.

Minions first showed their sunny little selves in 2010’s ‘Despicable Me‘ as the adorable henchmen for the dastardly Gru. They were a fascinating feature of ‘Despicable Me 2‘, and those of us that watched through the credits hoping for an extra scene or two were lucky enough to see a small clip that featured a few of the pill-shaped critters auditioning for ‘Minions‘.  Synopsis for the feature is that the minions find themselves lost, not having an evil master that requires their bidding, after herding themselves in Antarctica with no baddies to follow, they head to 1968 New York to compete for the right to work for Scarlet Overkill who plans to be the first female super-villain. Overkill is voiced by Sandra Bullock, who joins a cast that includes Jon Hamm, Michael Keaton, Allison Janney and Steve Coogan. If one of the minions doesn’t utter the phrase “I’m Batman’ with Keaton’s voice, I will be incredibly bummed.

‘Minions‘ heads to theaters on July 10, until then, check out the trailer and get excited!