Film Review: ‘The Theory of Everything’!! 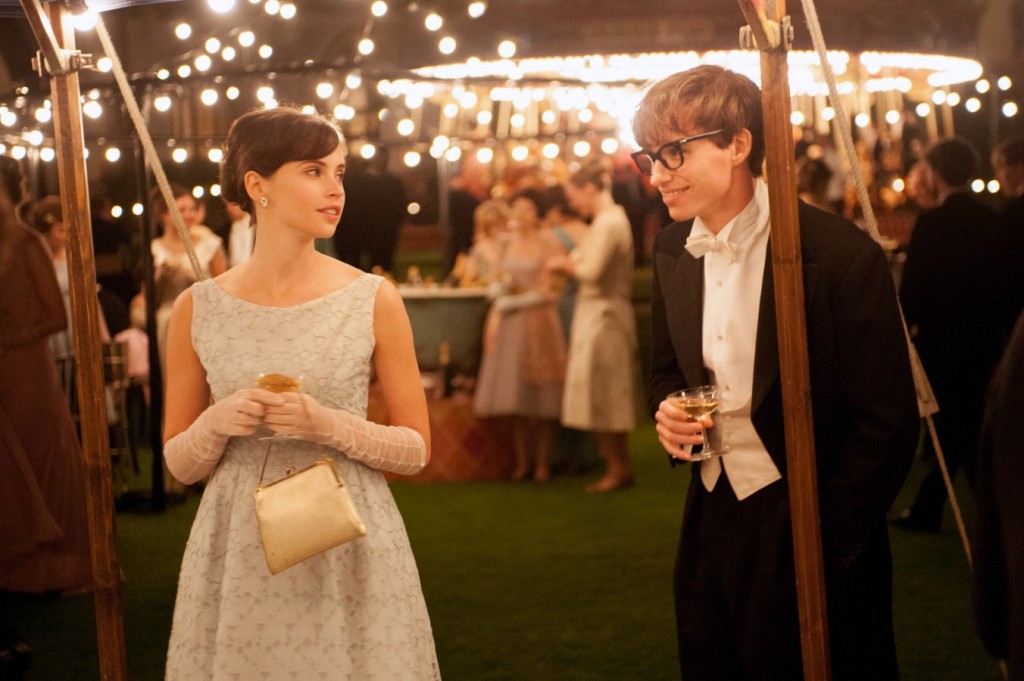 The Theory of Everything is not simply the biography of Stephen W. Hawking (Eddie Redmayne).  The film is a work of art detailing the complexity, endurance, and potential origin of Hawking’s passion and time.  The Theory of Everything follows Hawking’s journey from his early days of struggling to determine the subject of his PhD to his later days as a world-renown scholar and author of this complex element in our lives.

Hawking has one other passion though, which is the true love his life, his wife, Jane Hawking (Felicity Jones).  The Theory of Everything is a much a story about Jane as it is about Stephen.  The film introduces and showcases Jane Hawking as the “Rock of Gibraltar” that she is.  Watch the film, you will come to know why I believe she is the prime example of that term.  Stephen and Jane’s whirlwind romance turned to deep love, marriage, and family is a short span.  Shortly after they met in 1963, Hawking was told that he would only live for an additional 2 years.  In January of 2015, Hawking will turn 73.  I admire people who persevere through life’s challenges.  For this reason, I especially tip my hat to Jane Hawking for getting Stephen through the majority of those years as was evident in the film.

Gifted with an amazing intelligence, Hawking wowed his classmates and professors as well as Jane.  You would think that was enough, but The Theory of Everything is also about Hawking’s sudden and enduring battle against Lou Gehrig’s disease, a motor-neuron disease also known as amyotrophic lateral sclerosis (ALS).  Redmayne’s interpretation of this debilitating disease was seemingly perfect. 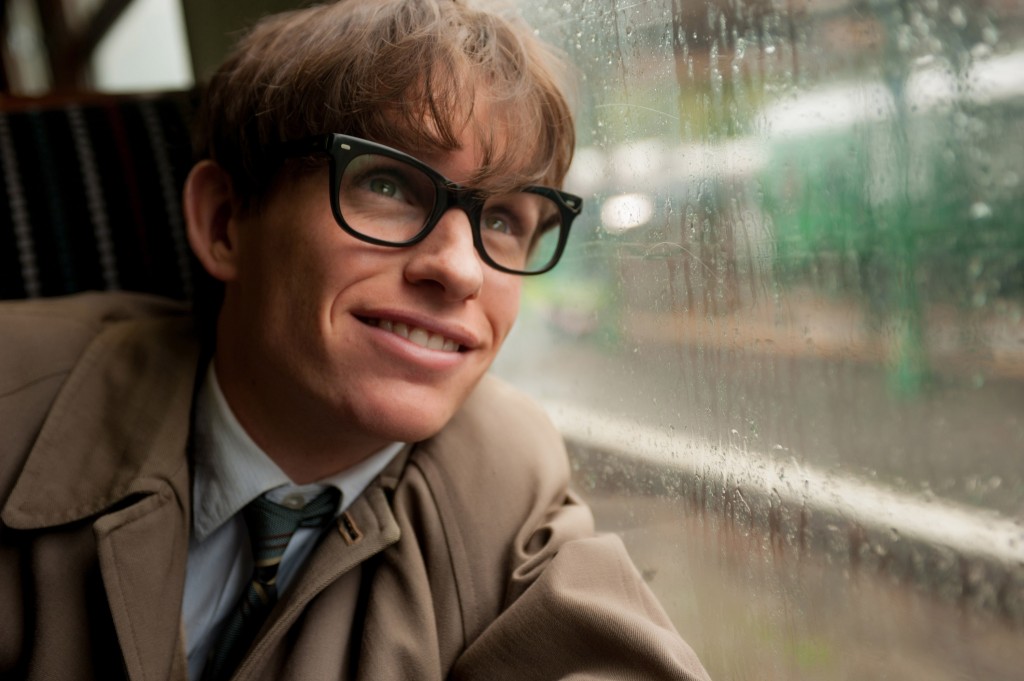 Eddie Redmayne is nothing short of spectacular as Stephen Hawking.  I have seen Redmayne over the years (Elizabeth: The Golden Age, The Other Boleyn Girl, My Week with Marilyn) and am glad that he has finally obtained a role that properly highlights his acting range.  Redmayne’s sheer depth and commitment to the character was excellence.  This gentle-faced actor has sound potential.  It took me a bit to figure out where I had seen Felicity Jones, but I remembered her portrayal of Edmée in Chéri.  Jones brought the same girlish demeanor to The Theory of Everything; however it faded away as she stepped up to the big girl shoes that Jane Hawking wore.  Oh, how I admire that woman now.  David Thewlis, the bright star that I recently mentioned in my Stonehearst Asylum review, again doesn’t disappoint in the supporting role as Professor Dennis Sciama.  His role as Sciama is small, but is a glimpse into the makings of true friendship and mentorship, which Thewlis impressively portrays.

James Marsh, the director, is quite brilliant in his vision for the telling of Hawking’s story.  The theme of time is masterfully presented throughout The Theory of Everything’s cinematic style.  From the beginning, a blurry image of someone spinning in, what must be, a wheelchair is shown in an ornately designed room.  The blurry opening suggests there is a mystery that is about to be revealed.  The film cuts to two students cycling through the corridors of Oxford College.  It is a race, a race against time.  The importance of time in Hawking’s life is apparent.  Reality and not fantasy is also stressed by the color and appearance of the film as well as the switch from real life capture to family home videos. 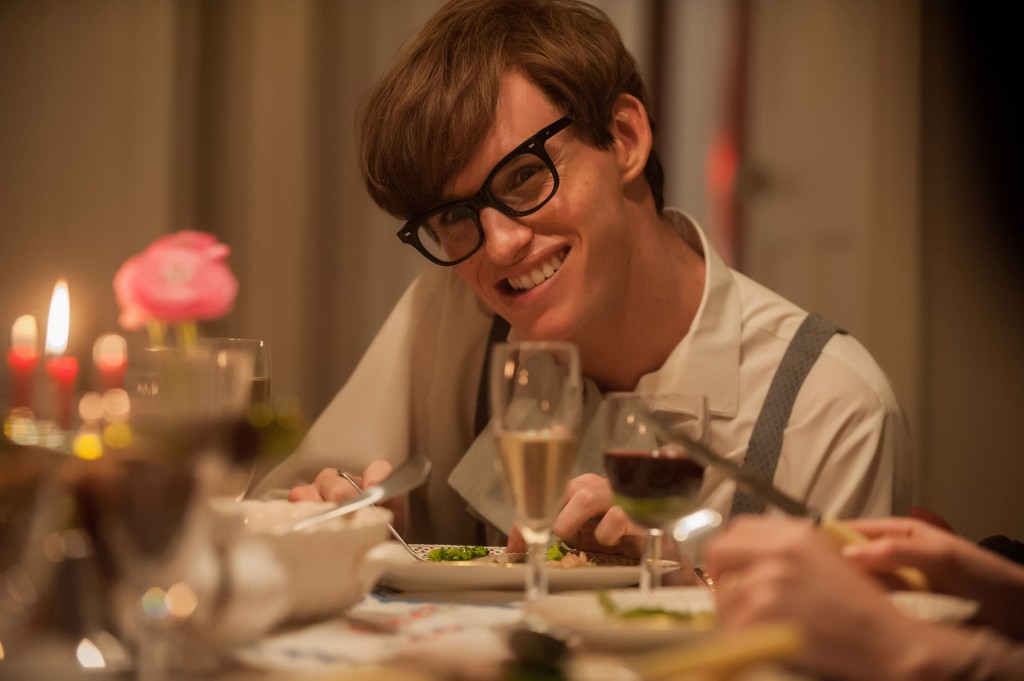 Slightly highlighted in the plot is Hawking’s mission to prove the superiority of science over God.  With much controversy, it has been said that Hawking’s A Brief History of Time acknowledged the existence of God.  The film gives the impression that he did admit to the “mind of God.”  It seemed that a long prayer of Jane’s had been answered.  However, Hawking, in real life, has clarified that he is an atheist.  Since his wife, Jane, is a Christian, I believe it was her faith that gave her the strength to live this extraordinary life.  Although I do not personally agree with Hawking in that God does not exist, I can understand his fascination with science for it is in a word, wondrous.

The Theory of Everything is not a lightweight film.  Based on Jane Hawking’s memoir, Travelling to Infinity: My Life with Stephen, heavy questions of love, science, and faith are addressed.  How far will you go for someone you love?  How does time really exist or is there only way that it does exist?  Considering the multi-narrative plot of this film, Marsh’s vision is well communicated and received.  Moments of laughter balance the Hawking family’s hardships and keep the film on the tract of inspiration.  The only potential negative is the film’s length, a little over 2 hours.  It is noticeable, but The Theory of Everything maintains the audience’s engagement.