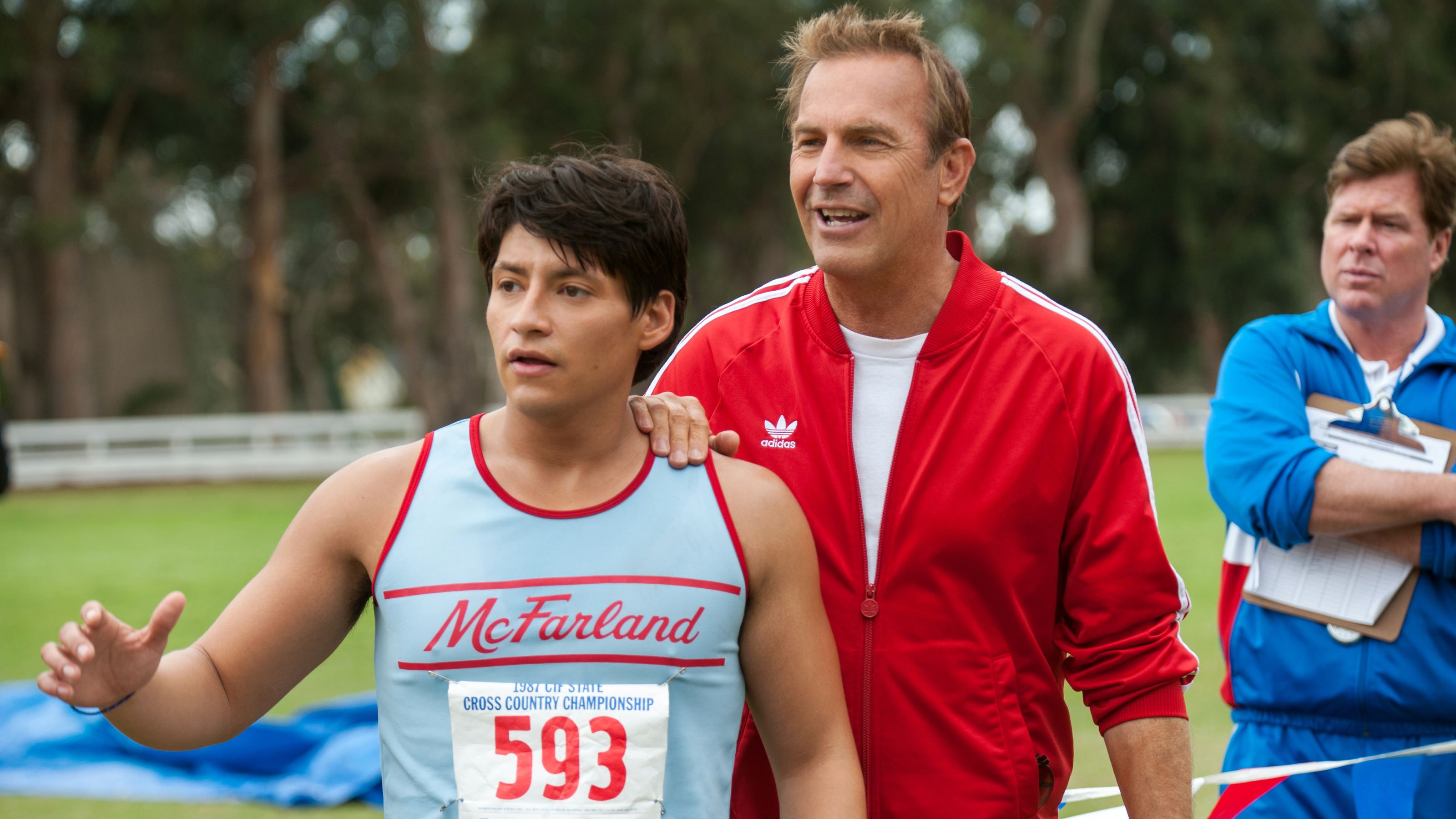 ‘McFarland USA‘ is Disney’s newest offering to the category of sports biopic.Kevin Costner and Maria Bello lead the film, which is inspired by the 1987 true story of high school runners from McFarland, California. The students give their all to build a cross-country team under the direction of Coach Jim White, a newcomer to the mostly Latino high school. As every championship story shows, the kids end up bonding with the new coach, building up their team and creating a legacy.

‘McFarland USA‘ hits theaters on February 20, 2015. When the film drops, it joins a date that is already populated by a few other releases, the hotly anticipated but adult-themed fare ‘Hot Tub Time Machine 2‘, Idris Elba and Sean Penn’s PTSD film ‘The Gunman‘, and Natalie Portman and Ewan McGregor’s pioneer offering ‘Jane Got a Gun‘.