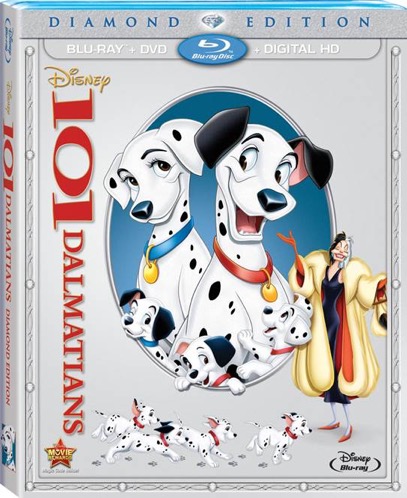 We all know about ‘101 Dalmatians‘, the story of Pongo and Perdita and their expanded litter of puppies fighting to keep safe and not turn into the most atrocious coat ever imagined. Disney brought us the animated tale of their plight in 1961 and people around the world fell in love with the cute canines. True to Disney-form, the film was released in batches then exiled to the Disney Vault until the next production releases on VHS and DVD, finally the tale is coming to Blu-Ray and Digital HD.

The animated classic will be available on February 10 in all formats the company offers. Accompanying the film as always, are some exciting bonus features including a brand new, never seen animated short, bonus clips and more. Even if you already have a copy of the film, the new format will offer a higher quality film, and the digital HD copy is extremely versatile for the family that’s always on the go being playable on many portable devices.

All New Short – The Further Adventures of Thunderbolt

Plus a Selection of Classic Bonus Features