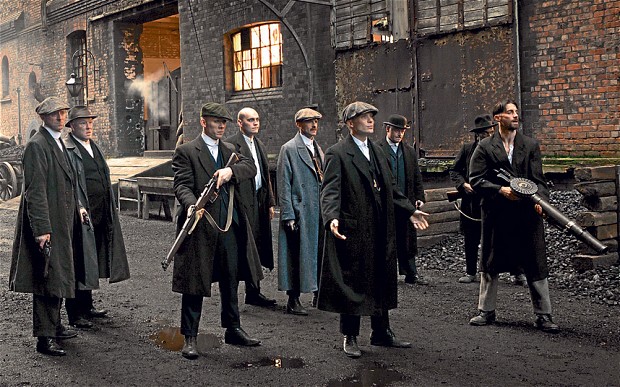 I’m an addict. When I see a new TV series that I fall in love with, I marathon every episode until I reach the end, or a cliffhanger. Both of those conditions were incredibly true for my newest addiction – ‘Peaky Blinders‘. ‘Peaky Blinders‘ falls into one of my favorite topics when it comes to what I’m watching and it’s all about mafia. The show was produced by BBC and aired the first season beginning in September of last year. Then Netflix entered the equation by acquiring exclusive US distribution rights from the Weinstein Company and Endemol. It became available for streaming on September 30, 2014. Look it up, add it to your list and enjoy. It’s absolutely brilliant! 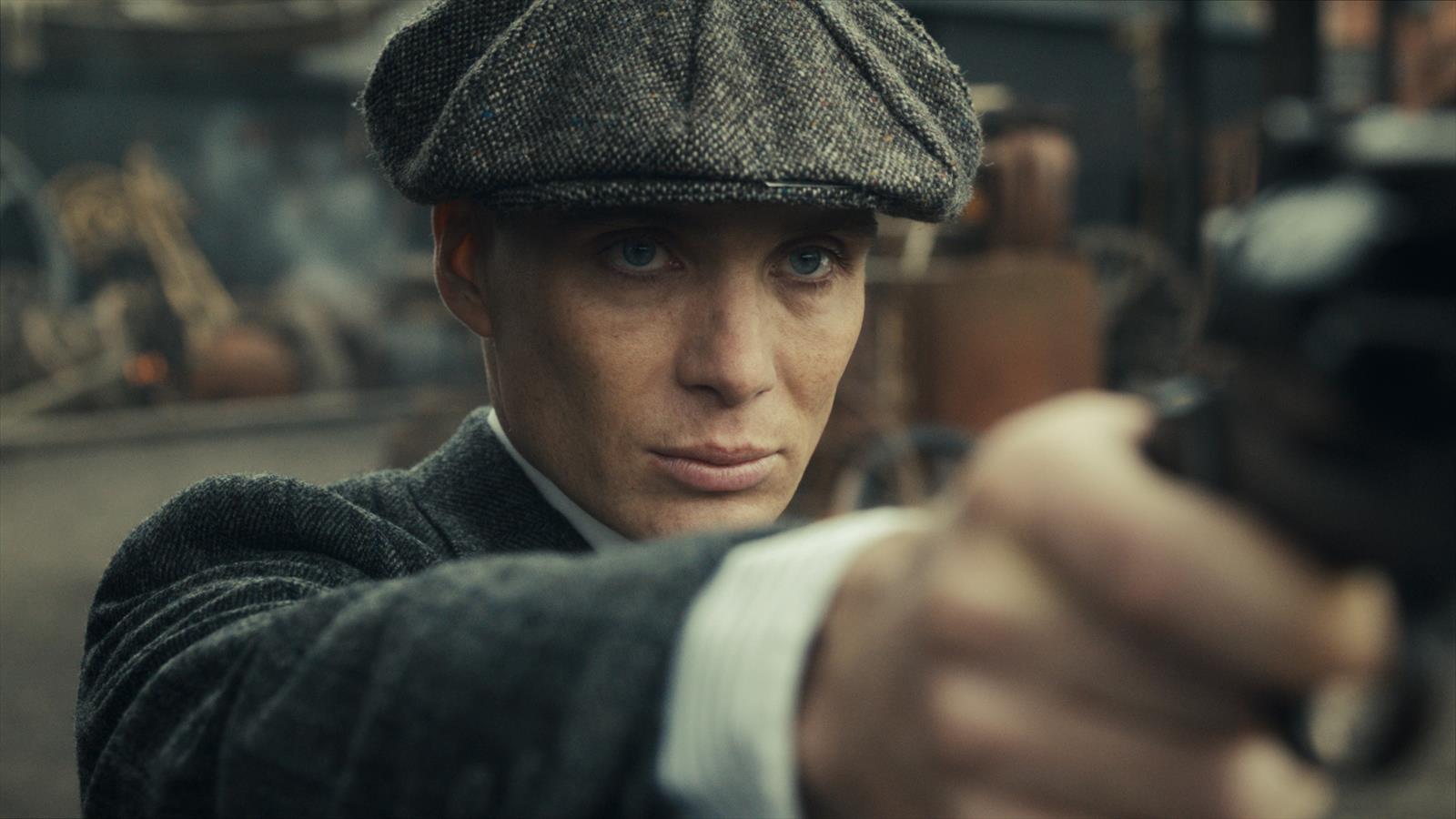 The period drama follows a gangster family in Birmingham, England  just after World War 1, and it’s based on the historic Peaky Blinders gang. The Blinders are a vicious bunch that sew razor blades in the peaks of their caps (there’s the title) and are led by the wickedly smart, wickedly violent and devastatingly handsome Tommy Shelby. Shelby and his brothers are a force to be reckoned with when it comes to racing bets or things far worse. The Blinders run their end of town but there is a want for something more, especially for Tommy. He sets things in motion that will give them an edge, but this draws the attention of the new Chief Inspector Chester Campbell, a detective in the Royal Irish Constabulary who is sent from Belfast to clean up the city and wipe the gangs off the map. There are marriages, births, deaths, an undercover agent, lots of violence. 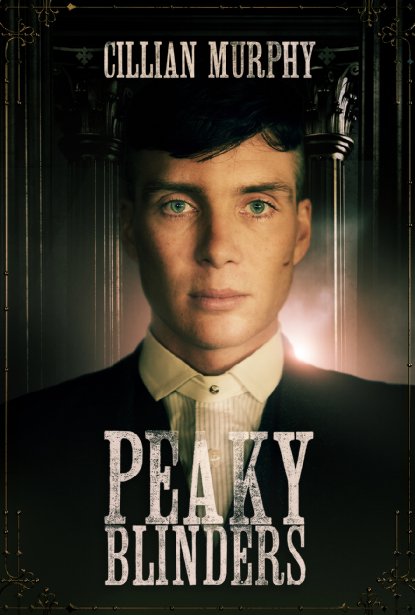 The cast is absolutely perfect for the show and I’ve fallen in love all over again with Cillian Murphy. Murphy played Dr. Jonathan Crane aka Scarecrow in ‘Batman Begins‘, he also starred in ‘The Wind That Shakes The Barley‘ and ‘Transcendence’. He captures that boiling intensity of Tommy Shelby with the best expression in the biz. Perfectly calm, with eyes that should melt everything they gaze on. Watching Tommy lose his cool and explode is one of my favorite parts of this show. He’s a constantly boiling pot that removes the lid just enough to keep the steam down, but it never stops churning. It’s a beautiful sight to behold. 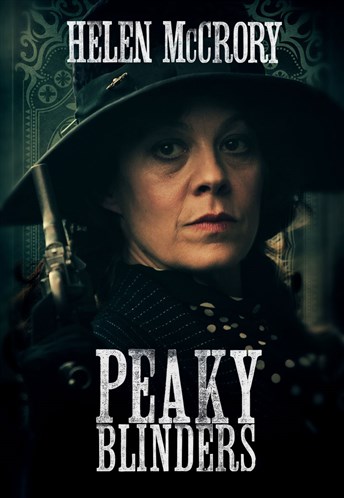 Helping take care of the family business is Aunt Polly played by Helen McCrory. If you paid attention in the last 2 ‘Harry Potter‘ films, you’ll recognize her as Draco’s mother, Narcissa Malfoy. She’s also been in ‘Penny Dreadful‘, ‘Skyfall‘ and even had a small part in ‘Interview With The Vampire: The Vampire Chronicles‘, when I say small, I mean tiny, her character is simply titled 2nd Whore. McCrory has a startling level of heat that she lays out just by looking at someone. She’s calm, self-sure and downright lethal. She ran the business when the boys were in France in the war and she seems to resent their returning sometimes. I wouldn’t want to be the person she views as a threat to her family though!

Sam Neill plays Chief Inspector Chester Campbell. I look at Neill and I get the warm fuzzies related to his character Dr. Alan Grant in ‘Jurassic Park‘. I remember how sweet and paternal he was to the kids in the film and he has this gentle memory in my head. That memory got a giant rearrangement after watching ‘Peaky Blinders‘. Campbell is a devious and sadistic officer ready to clean the streets of gangs and he enlists the city coppers on his mission. Campbell has an axe to grind and his own agenda, he needs results and he doesn’t care how he gets them. Kudos to Neill for taking on an Irish role. His family is Irish, but he was raised in New Zealand. For the perfect accent, he went to fellow thespians James Nesbitt and Liam Neeson for help in creating the signature Northern Irish accent required. At the end of his efforts, he had to tone down the Irish since the series was being marketed here in the States. 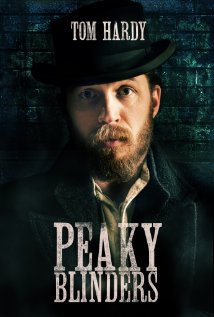 There is already a second season in the can and 5 days ago saw the premiere of the first episode of season 2 for our friends overseas. I’m afraid we’re going to have to wait quite a while before we get that season available to stream from Netflix. I am so ready to see the new season, not only to find out what happened at the end of the enormous cliffhanger the first season closed with, but for a new member of the cast. New territories for the Peaky Blinders means new characters and I don’t think the new characters will disappoint. Tom Hardy is one of the new additions for season 2! I love Hardy in just about everything I watched, his character was dreadfully performed in ‘Lawless‘ but I enjoyed the movie for the most part, anyway.

The series was created by Steven Knight, directed by Otto Bathurst, Tom Harper and produced by Katie Swinden. Utterly enthralling, it’s hard to stop at one episode, I’m so glad we get the full season at a time!

I give this one 5/5 stars, just wish I could give it more!