‘In The Heat of the Night’ Adaptation Heads To Showtime!!!

TV has been mining their company film vaults for movies that will lend themselves easily adaptable for long-term series fare. There have been countless movies that are being bastardized and the announcements just keep coming. This news is just a little different. Instead of the patented approach of movie to series, this move is a little different due to it being a film, that was already made into a series and now will be re-invented once again.

The title up for dissection is ‘In The Heat of the Night‘. In 1967 Sidney Poitier and Rod Steiger starred in the film version of the title.  Detective Virgil Tibbs is caught up in the racial tension of the US South when he is arrested after the murder of a prominent businessman. Tibbs was simply waiting for his next train at the station in Sparta, Mississippi and the confusion is soon resolved but when local police chief Gillespie learns that Tibbs is the Philadelphia PD’s number one homicide expert, he reluctantly asks for his assistance. The murdered man, Mr. Colbert, had come to Sparta from the North to build a new factory and his wife and business associates immediately point the finger at Endicott, the most powerful man in the county and the one who had the most to lose if a major new employer comes to the area. Tibbs’ life is clearly in danger but he perseveres in a highly charged and racially explosive environment until the killer is found. 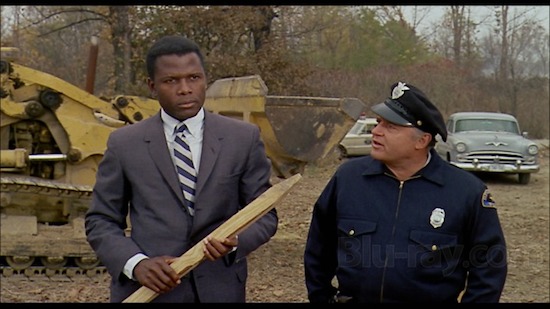 In 1988 Carroll O’Connor and Howard E. Rollins, Jr. took up the main characters of Gillespie and Tibbs for a series that ran 8 seasons, divided between the first four airing on NBC and the final four airing on CBS. Neither of those networks are going to be producing the re-boot, but Showtime won the bid. The network has asked for multiple scripts on the project  from Tate Taylor and Warren Littlefield hoping to be able to take it straight-to-series. Taylor is writing two of those scripts and will direct should it go to film. Taylor has proven his scriptwriting worth with the screenplay for ‘The Help‘. In addition to writing ‘The Help‘, he directed the drama and the James Brown biopic ‘Get On Up‘. Littlefield has done the same adaptation of film-series for FX with ‘Fargo‘.

The source film was not only a landmark production during the highly charged times of the civil rights era, it also won 5 Oscars. During filming, Poitier was threatened by racist groups, and the actor slept with a gun under his pillow during their shoot time in Tennessee, after that, production moved back to Sparta, Illinois to finish filming.