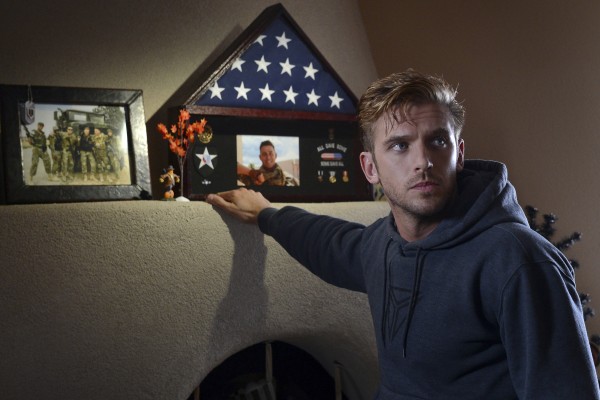 Filmmakers Adam Wingard and Simon Barrett have struck gold again. They pleased critics and genre fans alike with last year’s slaughter fest ‘You’re Next‘ and made great entries into the ‘V/H/S‘ franchise. Their new film ‘The Guest‘, which Wingard directed and Barrett wrote, is one of the most entertaining films of the year. Not only that, but Wingard and Barrett single handedly revitalized the horror genre with this movie. It’s a hit to the nostalgic testicles that will make you fall to your knees and yell for joy.

Wingard said that he came up with this film when he had the ‘Halloween‘ and ‘Terminator‘ Blu-ray in front of him and thought, “Hmmm..I have an idea.” I have no doubt that this film will surprise and thrill audiences around the country, let alone woo the genre fans, leaving them wanting more out of this psychological horror film. Wingard and Barret left the bigger gore effects on the back burner this time around and let this film play out like a very suspenseful thriller, although you might get your dose of gore in the third act. But one thing is for sure. Wingard and Barrett know their horror genre to a tee.

Laura (Sheila Kelley) and Spencer (Leland Orser) are still in dark fog over the loss of their eldest son when he was killed in Afghanistan as a soldier. One day, a man named David Collins (Dan Stevens) shows up at their door and tells them he knew their son and that they were in the same squad. He also informed them that he came straight to their house after he was medically discharged from the army hospital to fulfill their son’s last request, which was to give his parent his love and make sure they’re okay. 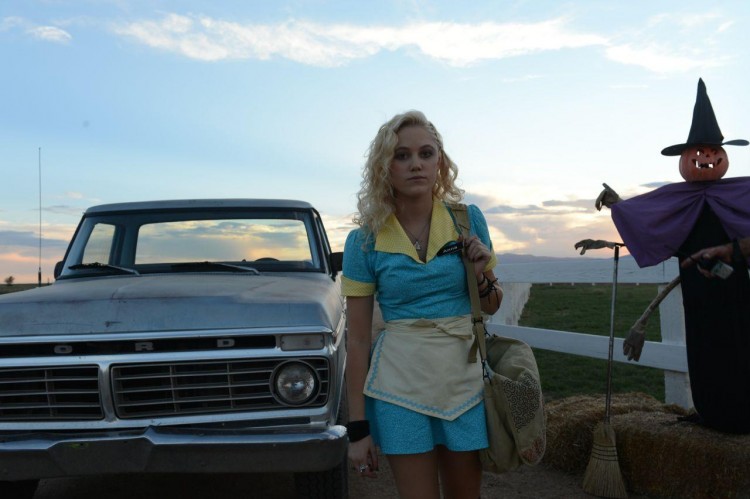 Their two other teenage kids Luke (Brendan Meyer) and Anna (Maika Monroe) are a little hesitant about David, but after seeing how polite he is and how he helps around the house, they feel a little more comfortable. Even after Laura and Spencer invite him to stay in their dead son’s old bedroom for a while, the family seems to be at peace and moving on. Luke and Anna warm up even more to David’s unique and mysterious charm as he helps Luke with some bullies at school and is a shoulder to cry on for Anna when her boy troubles come back to bite her. However, Anna is still not 100% sold on David, and after a few people in town turn up dead, she phones the military to see where David came from. The results are not good and David may not be who he says he is.

What works so well with ‘The Guest‘ is Wingard and Barrett’s slow burn approach to the horror and suspense. Even though David seems nice, he always seems fairly scary, like he has a different agenda. And that comes with Dan Stevens’ performance, which is incredible. One minute you can be putty in David’s hands, the next, you’ll want to run the other way. He’s fantastic in this. Monroe turns in a great performance as well, and Orser is as always, brilliant and funny. Wingard and Barrett inject some dark humor throughout the screenplay, which receives some good laughs and the backdrop being Halloween adds to the nostalgic feel from the 80’s horror films we loved as kids. 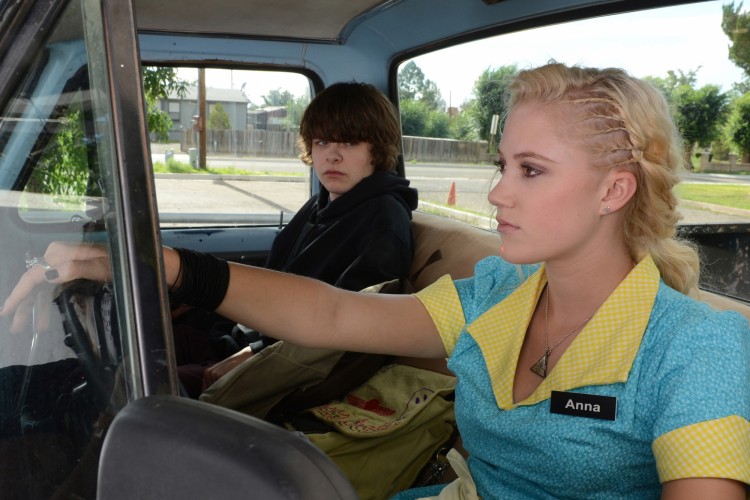 The score of the film is phenomenal and was done by Steve Moore. It was like he got John Carpenter to come back to the keyboard and help him create the tone and atmosphere of the film. And with songs from Love and Rockets, Sisters of Mercy, and Stevie B, you’ll be reminiscing in your head of when you used to blast these songs on your tape deck years ago.  ‘The Guest‘ was a lot of fun and again, it might be your favorite horror film of 2014.