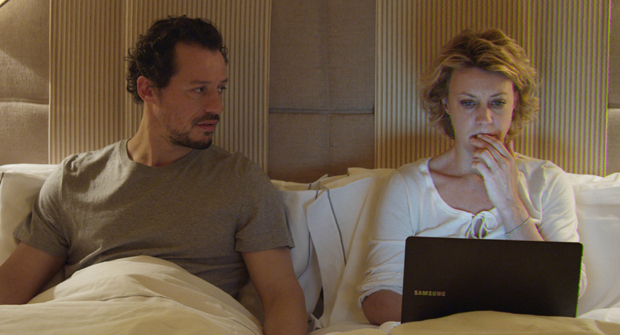 Every film attempts to capture a moment. Sometimes that moment is expressed in a character, sometimes in the plot, other times in the tone. When a film truly captures that moment effectively, it becomes something more than a film – it becomes timeless. There is a danger to this, however. Should the film successfully capture an uninspiring or unnecessary moment, the magic becomes lost. Unfortunately, A Five Star Life is such a film. Its attempt to capture the depressing life of its main character is so exact that the entire film becomes just as drab.

Irene (Margherita Buy) is a forty-something, single, career-driven woman who spends her life as a “surprise guest” at five-star hotels. Incognito, she travels constantly from hotel to hotel to judge each hotel’s standards. Around her, friends and family struggle with relationships and other social issues. Irene struggles to cope as the lives of those closest to her begin to tumble around her already lonely life. 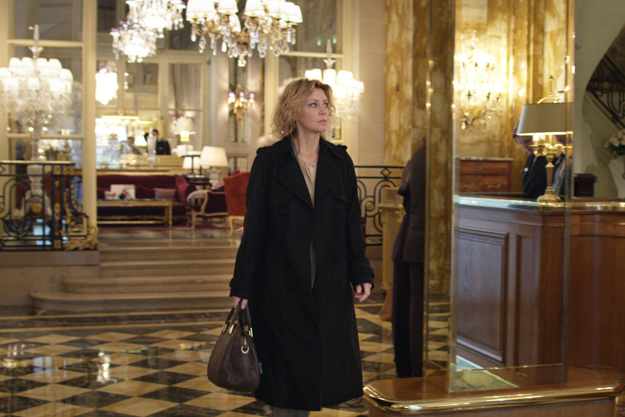 The film begins by following Irene around Europe as she inspects hotel room after hotel room. She approaches each room the same, with a robotic efficiency that clearly demonstrates the monotony of her chosen profession. She is a character clearly in a rut. The cold, drab weather in each country, along with the drab colorization of the film, perfectly illustrate her depression. All around her, friends and family struggle with common relationship issues while she remains ever alone. This would seem to set the film up nicely for a climatic change for Irene, but that change only somewhat arrives in the last third of the film. By then it is so rushed and chaotic that it feels completely out of place. The film spends an hour introducing multiple conflicts only to fail in an attempt to wrap them all up nicely in a neat bow during the last twenty minutes like some misguided sitcom.

As a character, Irene’s bland life is completely palpable. To the film’s credit, the audience can easily feel her despair, but it is hard to feel empathy for a character that never really grows or attempts to do anything about her condition. Had she tried to grow and then fail, she would still be a more sympathetic character than the one presented in the film. As it stands, the side story of Andrea (Stefano Accorsi), her former fiancé-turned-best-friend is a much more enriching and compelling narrative. Had the film focused on him instead, it likely would have been much more interesting. Even Irene’s scatterbrained sister Silvia (Fabrizia Sacchi) is a more developed character than she. The only thing learned about Irene is that she is in a constant state of depression.

The worst part of the film comes from a hasty (and thus sloppy) side-story of Kate Sherman, a woman Irene met in a hotel spa. The audience is subjected to an all-too-quick epiphany scenario between these two women. The film would have audiences believe that this rushed meeting was somehow life changing for Irene in such a strong way that she would suddenly grow. The problem is, sudden growth thrust upon a character does not equate to growth learned. And Irene in some ways becomes an even bigger mess as she over-complicates matters in a lame attempt to turn her life around. Worse still is that it occurs too late in the film for it to really have much time to take root.

If there is any silver lining to the film it is in the solid portrayals of the two main characters Irene and Andrea. Buy and Accorsi both deliver their characters to the best of their abilities. The result is a believability of each that helps the film along its course. Irene, especially, is a character so well defined that the whole film tumbles into depression along with her. Unfortunately, without any real effective turn-around in her life, the film remains in that depression and suffers greatly as a result.