It would seem the collective consensus thinks the film-watching world is ready for a female driven superhero movie. I’m not so sure about the idea. Sure, it’s a hot time for leading ladies, but we can’t forget the horrors of the past that quickly. Of course I’m talking about the two names most synonymous with crappy female superhero movie attempts – Halle Berry’s ‘Catwoman‘ and ‘Elektra‘ starring Jennifer Garner. The films were poorly written and the leads were unable to connect the acting with the characters. Maybe it’s the Marvel blood in Berry’s excellent portrayal of Sue Storm in the ‘X-Men’ series that rejected the DC infusion. Regardless of the reasons, there were no attempts to create more (thank God).

It has nothing to do with the fact that women couldn’t handle the strain of anchoring an action-packed escape from reality. Just look to ‘The Hunger Games’ series with Jennifer Lawrence, Scarlett Johansson as Black Widow in ‘The Avengers’ or the ‘Underworld‘ series that Kate Beckinsale kicks ass all throughout. I think it comes down to matching up the right champion to the actress. What makes Berry perfect for Storm makes her all wrong for Catwoman. I hope this time around they get the formula right.

Hot on the heels of the ridiculous announcement on ‘The View’ about the comic book version of Thor changing sexes comes Sony with an announcement of their own. The current Spider-Man universe is about to see some screen-time on the arm of a female supe. We haven’t been given any definites on the identity yet, but names like Black Cat, Silver Sable or Dazzler have been thrown out there. 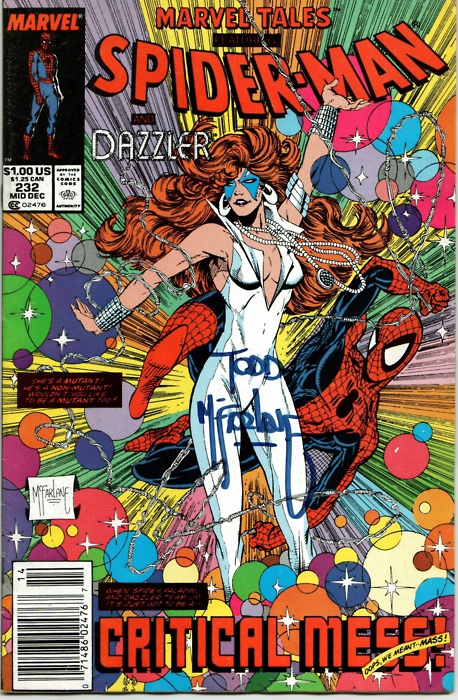 The production company has tapped ‘Guardians of the Galaxy’ writer Lisa Joy to write the script. Genre veteran producers Avi Arad and Matt Tolmach are attached to produce with a 2017 release date. The project will be bookended by ‘The Sinister Six‘ and ‘The Amazing Spider-Man 3′ in 2018 with a steady presence in the same world. Out of all the characters that could have been announced to begin the lady-led axis, I figured it would be a ‘Black Widow’ action to come first. Color me surprised.

On a last note, the reason I dislike the idea of Thor‘s sex change is the same reason I disliked Spider-Man becoming African-American. When you’re looking at the comic book worlds that are available, they’re not overly full to the point that we can’t make room for brand new characters. Why make Thor female? Create a brand new character that begins life AS A CHICK!!! Why make Spider-Man a different race? Envision the champ and make him that way!!! If you continuously change the gender/race on existing heroes where does it end? Why must everything evolve? We’re standing upright with opposable thumbs, can’t we just call it a day? I’m chalking these ideas up to the lack of imagination and creativity.  I’m sure I’ve hit a nerve with someone, sound off below, I can take it.