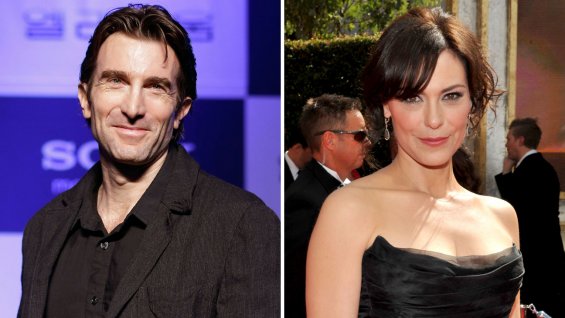 At the end of last week, we brought you a story that featured some casting news for Sony Playstation Network’s first foray into the original programming world. You can read that story, here. Today, we have more casting info.

Sharlto Copley has been in back and forth negotiations to star in the series based on the graphic novel. Copley is an excellent actor and one of my favorite things about the ‘A-Team‘ movie in 2010. His turn as Murdock was so inspired and hilarious, I could watch him all day. I still make jokes about any food that tastes a little off as having been grilled by Murdock with his special sauce (antifreeze). Most recently he was seen in ‘Maleficent‘ as Stefan, there are two films in a post-production phase right now that are set to come out in 2015. 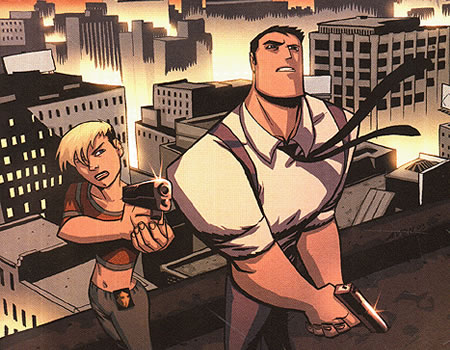 The lead for ‘Powers‘ is cast and Copley as Christian Walker. Also joining the production is Michelle Forbes. Forbes can be seen in ‘The Killing‘ and ‘True Blood‘. Her most recent project comes to big screens after Thanksgiving as Lieutenant Jackson in ‘The Hunger Games: Mockingjay Part 1‘. Copley and Forbes join the previously cast Eddie Izzard and Susan Heyword.

Copley and Heyward will play two homicide detectives, who are assigned to protect humans like us and investigate cases involving people with superhuman abilities, referred to as Powers, who glide through the sky on lightning bolts and fire and who clash above cities in epic battles, oblivious to the mortals below. Walker is described as a dapper and charismatic faded hero who lost his powers in a battle with a super-human mass killer, he jumps first and thinks later with the dissolute air of a faded rock star and the body of a battered heavyweight. If Copley is going to resemble the illustrations of Walker, that boy has got to bulk up. Jason Patric portrayed the role in the FX pilot. Forbes plays Retro Girl, the undisputed super star of the Powers community, an icon of justice, selflessness, and business acumen. David Slade (‘Breaking Bad‘) is set to direct the first two episodes. The series is set to debut in December on Playstation.