If you want to cherry pick your next project as a filmmaker, it helps to have an Oscar in your back pocket for the previous film. That’s what Jennifer Lee has to bargain with thanks to the unrivaled success of ‘Frozen‘. Lee  directed and co-wrote the animated flick that has dragged every child that’s ever seen it into its icy depths. There isn’t a parent around that hasn’t been tortured by their kids either falling in love with the movie, or non-stop singing of ‘Let It Go‘. It’s a great song, I love Idina Menzel’s voice, but there are only so many times you can hear it as dozens of parents have taken to YouTube to prove.

Lee has also written the screenplay for ‘Wreck It Ralph‘. ‘Frozen‘ has paved the way for Lee to show if she’s a one-hit wonder or if she’s a truly talented filmmaker. She isn’t wasting a lot of time with picking her next project. Out of everything to pick from, she chose ‘A Wrinkle in Time‘ with Disney producing. Madeleine L’Engle’s novel is going to be adapted for the screenplay. 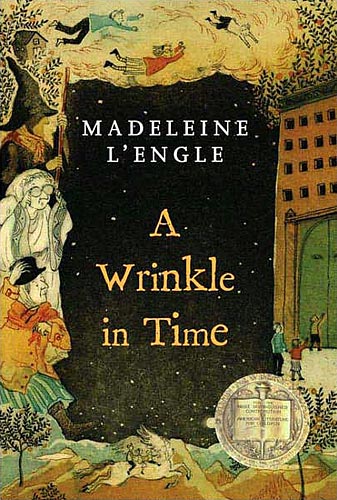 Here’s a brief synopsis for you. It was a dark and stormy night; Meg Murry, her small brother Charles Wallace, and her mother had come down to the kitchen for a midnight snack when they were upset by the arrival of a most disturbing stranger.

“Wild nights are my glory,” the unearthly stranger told them. “I just got caught in a downdraft and blown off course. Let me be on my way. Speaking of way, by the way, there is such a thing as a tesseract”.Meg’s father had been experimenting with this fifth dimension of time travel when he mysteriously disappeared. Now the time has come for Meg, her friend Calvin, and Charles Wallace to rescue him. But can they outwit the forces of evil they will encounter on their heart-stopping journey through space?