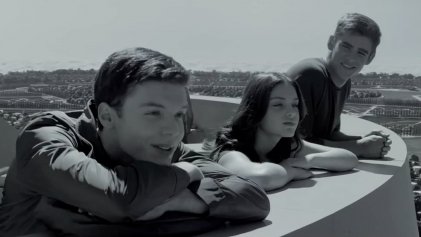 Here we are with yet another Young Adult franchise that is based off a series of books. This time around, we have Phillip Noyce’s adaptation of Lois Lowry’s 1993 big selling book ‘The Giver‘. I can’t believe it’s been more than twenty years since that book came out. If you are unfamiliar with the story, don’t feel left out, for you have probably seen or heard this story a few times before. ‘The Giver‘ takes place in a man-mad Utopia of sorts where people are void of human emotion by choice and force, thus no violence or wars could happen again.

Everyone is living peacefully without emotions or past memories from history. But filmmaker Noyce has decided to change a few aspects of the book to sell more movie tickets. In going along with the other Young Adult franchises, this too takes place in the future in a futuristic setting and takes the main character of the story, who is twelve years old in the book, and makes him a hot 18-year old stud (played by 25 year old Brenton Thwaites) to drive the young girls into theater seats. Sure you have Jeff Bridges, Meryl Streep, Katie Holmes, and Alexander Skarsgard to peak the interest of some adults, but this film adaptation lacks the character development, story, and thrills that the other franchises have going for it, and therefor I don’t see it doing ‘Hunger Games‘ type of business at the box office. 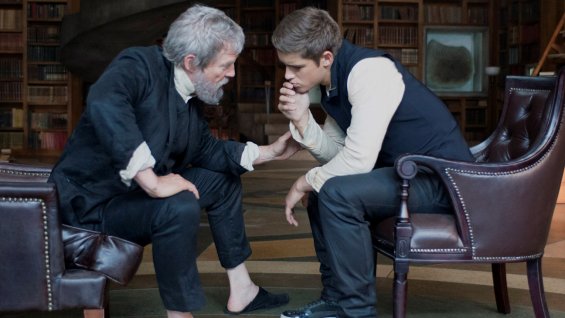 The film has a good chunk of it in black and white, as that is the way the characters in the movie see things and everyone. Jonas (Thwaites) and his two best friends Asher and Fiona (Cameron Monaghan and Odeya Rush) spend their days learning to exist in this utopian society void of other feelings and like ‘Divergent‘, are waiting to be places into one of several different types of work and housing, by way of a big ceremony in front of the entire population. The city itself is placed above the rest of the land, filled with clouds, where everyone lives in identical housing, and ride identical bikes.

Before everyone leaves in the morning, they receive a daily injection that prevents everyone from having memories from their past and history. Everyone’s memory travels to a single person known as the Receiver (played by Bridges, who appears to have some sort of mouth piece in to give him a more gruff speech.) On the day of the ceremony, the chief elder (Streep) doles out the appointed jobs to everyone in the graduation class. While Fiona gets to take care of newborns and Asher gets to fly drone planes, Jonas is given the task of the Receiver, which is basically the chosen one. Here is where the best part of the film comes into play.

Bridges teaches Thwaites and shows him via telepathy what the world and humankind were like before this utopian society. Soon enough, Jonas begins to see color everywhere, and starts to figure out that maybe his society would be better off with feelings, emotions, and memories. In addition, Jonas starts to figure out the the elders are not who they seem to be. It’s a good set up and Noyce does a good job with some small action scenes and overall look of the film. But where this movie doesn’t live up to the imagination of the book is in its severe cheesiness predictability. It takes quite a long time to get where on its feet, and although it has a run time of 92 minutes with credits, it feels way over two hours. 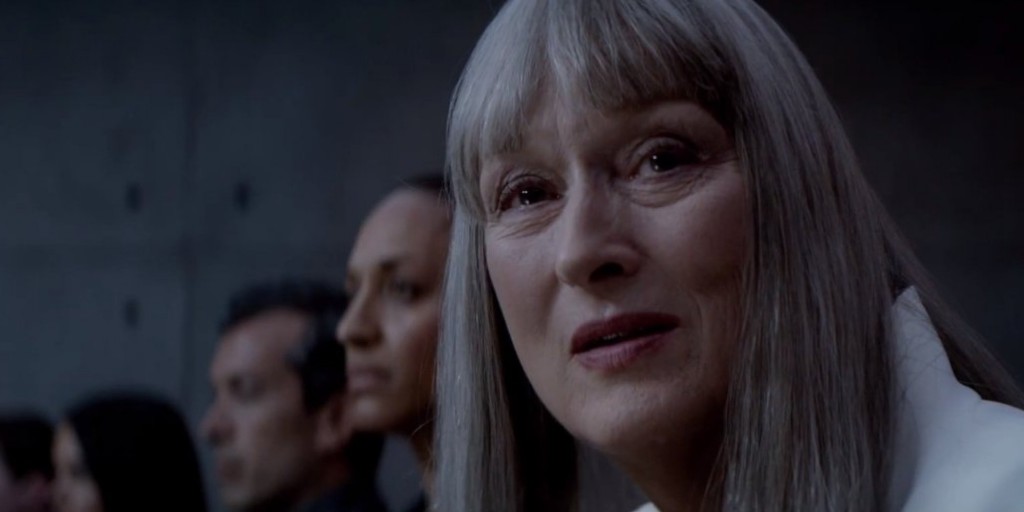 Thwaites does a good enough job here, but Monaghan and Rush steal the show from him at every point. I’ve seen Streep in much better, but I guess she wanted to jump on the Young Adult bandwagon here, but she chose poorly. And Bridges is as always likable, but again, his voice and weird jaw motion throws off his character. Skarsgard is as hilarious as he was when he was under the witch’s spell to be a kind and decent person in ‘True Blood‘ and Holmes’ character could have been played by anyone else. Yes, there is a Taylor Swift cameo, but it shouldn’t make you shudder. ‘The Giver‘ is a solid try, but compared to the other big budget Young Adult franchises, it falls short.